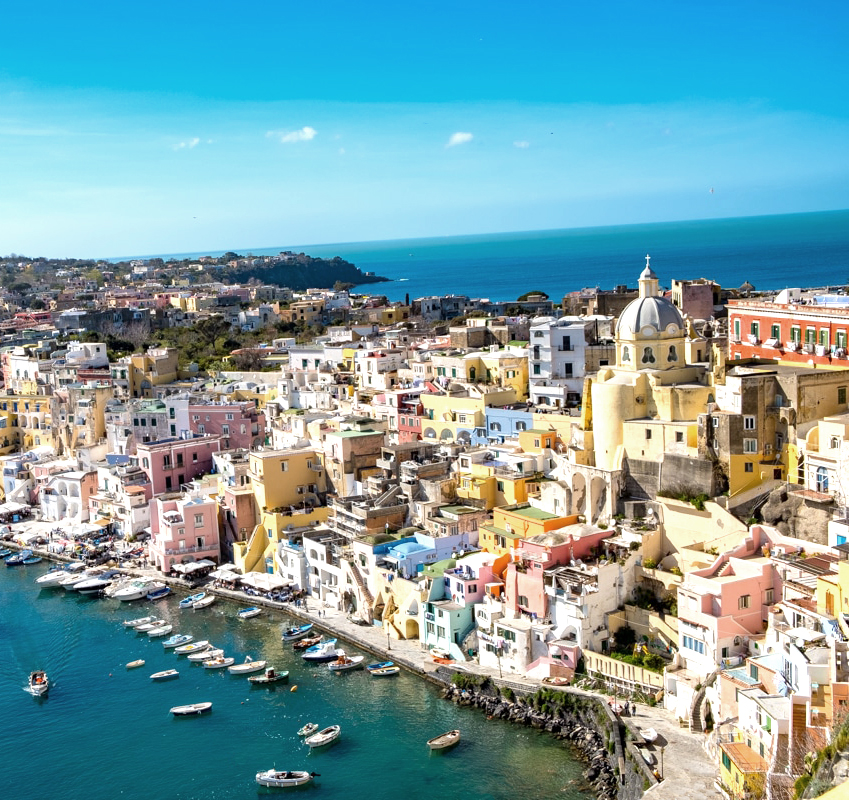 From the comparison between the curator Vincenzo de Bellis and Agostino Riitano some key features of the project emerge: the relationship between the work and an extremely connoted space such as that of the island, the social potential understood as an attempt to renew communication and use of the art and, last but not least, dialogue with institutions.

By spreading the project over the territory, PANORAMA presents not only his works but also the houses, churches, streets, terraces, squares and the citizens of Procida themselves. ITALICS thus renews its commitment to promoting the beauty of the country in its profound complexity, through the gaze of Italian gallery owners.

The exhibition, created thanks to the support of Intesa Sanpaolo and Tod’s, also benefits from the support of the Campania Region and the Donnaregina Foundation for Contemporary Arts – Museo Madre, the patronage of the Municipality of Procida and the collaboration of the Museum and Real Bosco di Capodimonte.

Galleria dello Scudo presents on display the work of Luigi Ontani DantElegia, made in Faenza ceramic in 1998. The artist portrays himself as Dante Alighieri, whose seventh centenary of his death now occurs. The sculpture is located in the entrance hall of the seventeenth-century Palazzo Scotti in via Vittorio Emanuele 153.