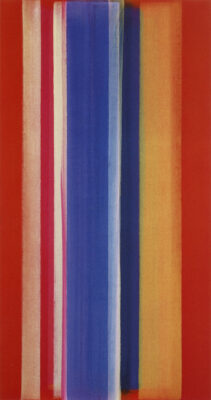 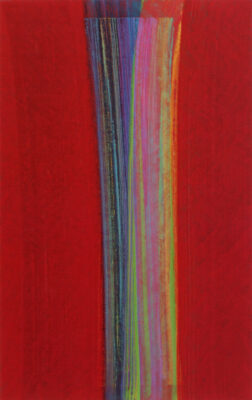 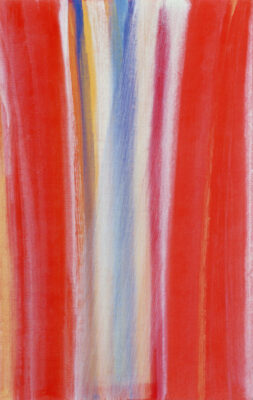 Vario/pinti is the title of the exhibition which brought together over thirty works painted by Vittorio Matino between 2002 and 2003, in which the reflection on the relationship between painting, understood according to strictly abstract canons, and the world of experience was renewed with unprecedented formal results. The artist, in fact, always maintains a solid link with the non-figurative matrix of his language, which has matured since he came into contact with the lively Milanese environment in the 1970s, animated by personalities such as Bonfanti, Dorazio and Nigro.

The exhibition opened with Blu di Verona, a majestic work in five elements which, due to the evanescence of the blue and red color backgrounds, contrasts with the intense yellow and orange notes of the Agadir triptych. In other paintings, such as Saint Jean de Luz e Henri au Cap, the staging is achieved by superimposing chromatic bands in perfect harmony with each other, spread with broad, slightly pasty brush strokes, sometimes somewhat diluted, thus creating elegant transparency effects.

Color always plays a central role in Matino’s work, vibrantly unfolding outside any naturalistic context, subject to the law of complementaries and to the light that enhances the different shades. Although it is blatant that the artist shuns any mimetic temptation, the experience of life is not foreign to him; on the contrary, it acts on the unconscious and refines the sensitivity that helps to give shape to memories, sensations, emotions. “For me,” so the artist, “all what happens can be transformed into color and therefore into painting: the meeting with a person or the yellow of a leaf in autumn. Even thoughts, sounds are transformed into colors that must then be organized appropriately on the canvas, resorting to backgrounds, matches, proportions: no literary or ideological hint survive.”

The chromatic component therefore plays an important evocative function, sometimes emphasized in the choice of titles, the only ones to offer a key to identify the event or the cue from which a work originated. Analysis of the conceptual and technical components of Matino’s painting, as well as reflections on the painters who have always inspired him, from Matisse to Rothko, from Morris Louis to Bruce Newman, are proposed in the critical intervention of Giuseppe Appella and in the conversation with the artist by Walter Guadagnini, both curators of the exhibition. The texts are published in the catalog edited for the occasion in both Italian and English version. An updated appendix completes the book. 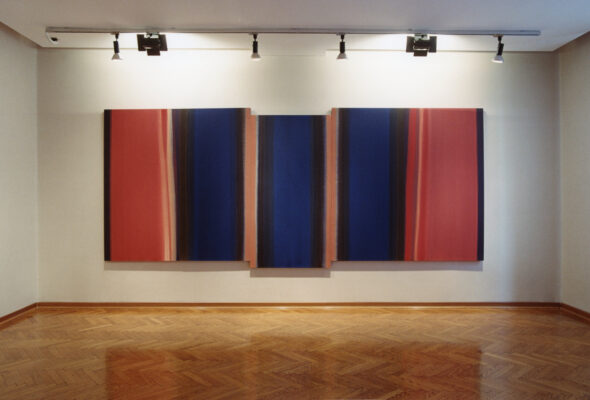 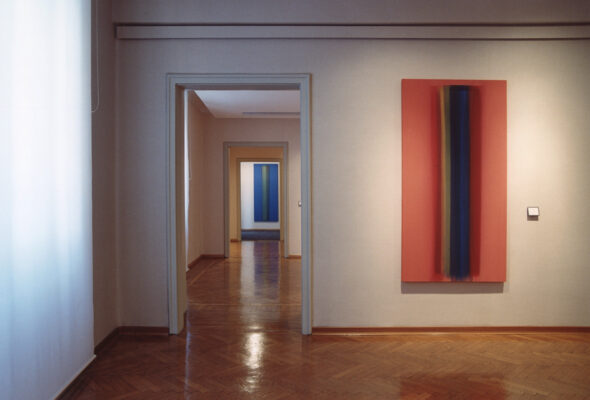 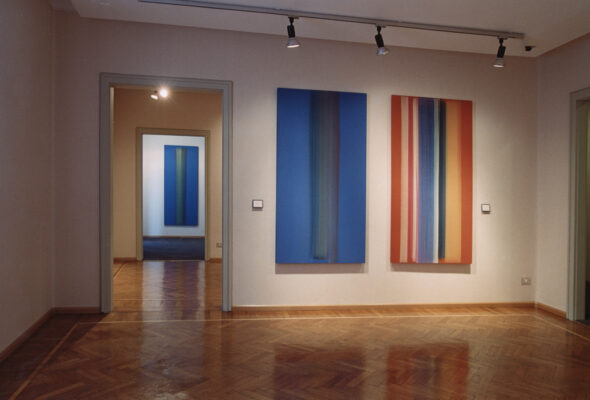 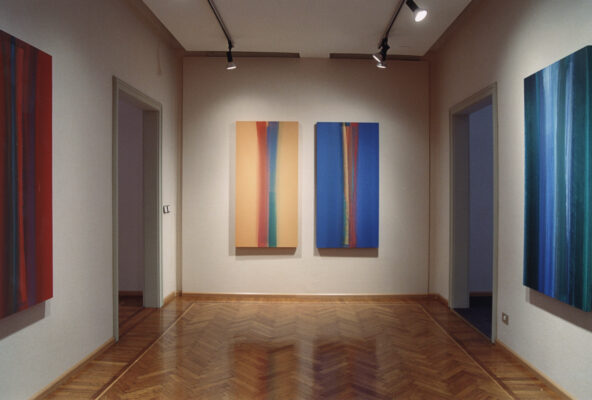 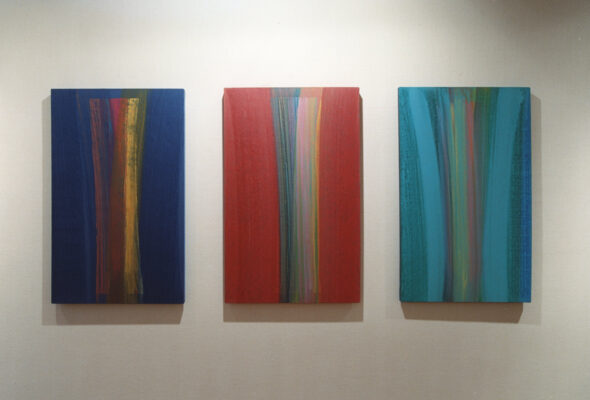 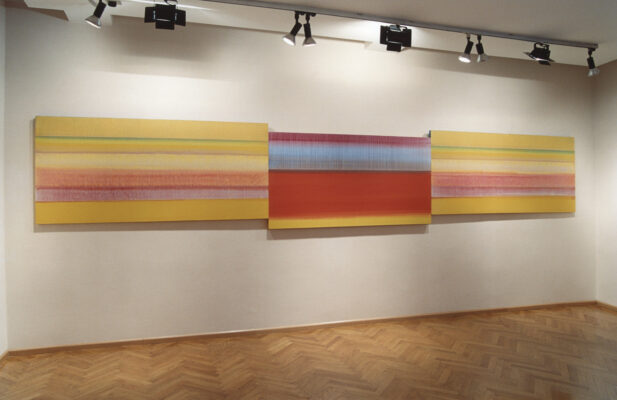 Born on February 17, 1943 and raised in the Venetian hinterland, Vittorio Matino, after attending the Chemical and Textile Institute, graduated from the Academy of Fine Arts in Bologna. In 1963 he began teaching technical drawing and history architecture. In this period his painting is figurative, in the wake of Matisse, Klee or some of his immediate Italian predecessors such as Licini and Tancredi.
↣ More info 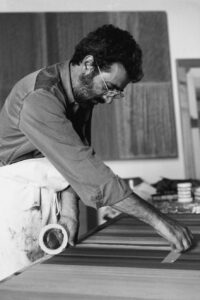