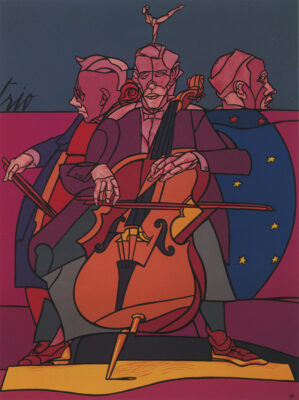 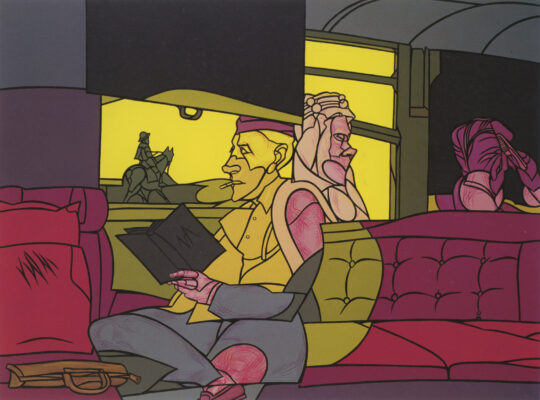 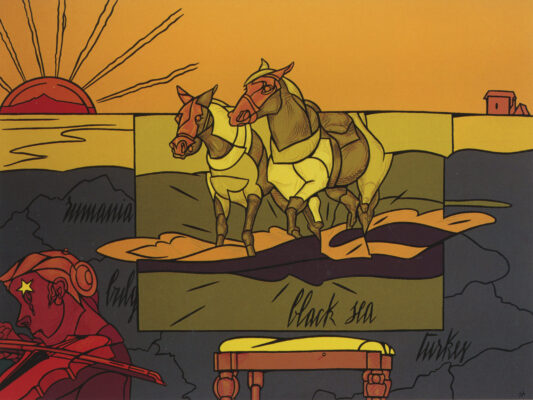 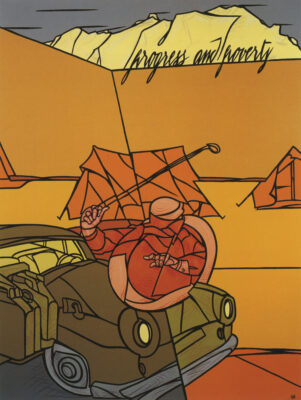 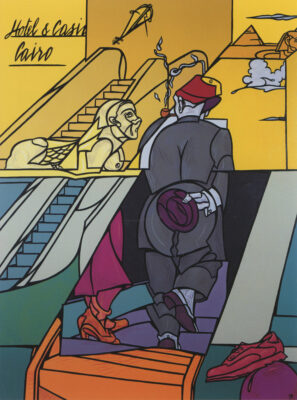 The attention of critics, the interest of the world of international culture, the favor of the general public have always accompanied the exhibitions that important museums have dedicated to Valerio Adami, one of the best-known contemporary artists in Italy and abroad. If the exhaustive review at the Centre Pompidou in Paris between 1985 and 1986 must be considered the most important epitomizing moment of his work since the 1960s, other exhibitions of primary importance followed one another later, up to the retrospectives at the Tel Aviv Museum of Art in 1997 and at the Museo Nacional de Bellas Artes in Buenos Aires in 1998, as well as the highly selected exhibition Ritratti e volti letterari in the spring of 2000 at Palazzo Bagatti Valsecchi in Milan.

Having established in 1995 the Institut du Dessin - Fondation Adami based in Paris, on the initiative of intellectuals and collectors close to the artist and with the endowment of a substantial corpus of large-format works, it was possible not to waste fundamental works for analyzing the author’s creative path.

An exhibition with an unusual and peculiar feature was therefore considered of considerable interest, centered on the painting of Valerio Adami between 1990 and 2000, from the years when his language reached full expressive maturity up to the most recent experiences, characterized by a new definition of space. With a selection of fifty paintings from the Fondation Adami and from Italian and foreign public and private collections, the exhibition highlighted how formal research, which in the 1960s deconstructed the places and objects of everyday life and then subsequently discovered through neoclassical memory the figure of the human body, has finally reached a narrative dimension pervaded by a new, unprecedented lyricism. 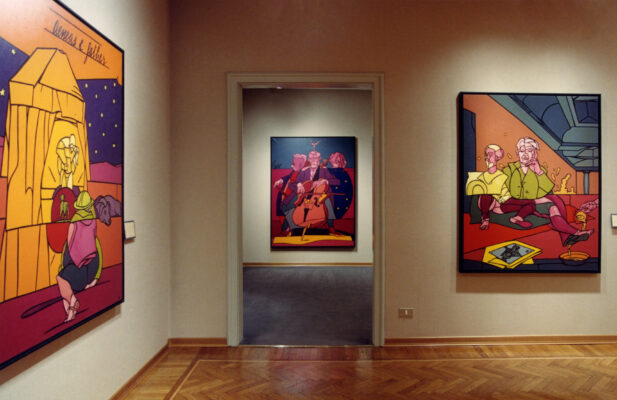 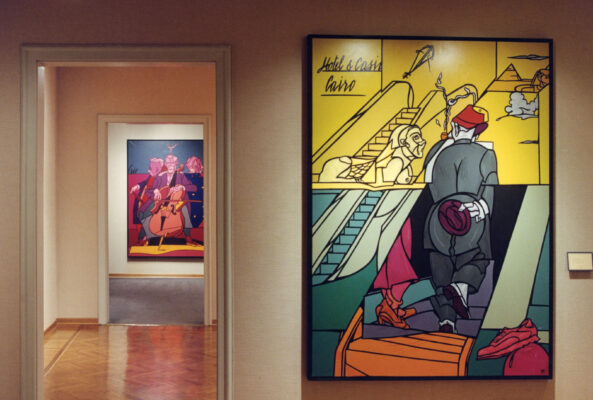 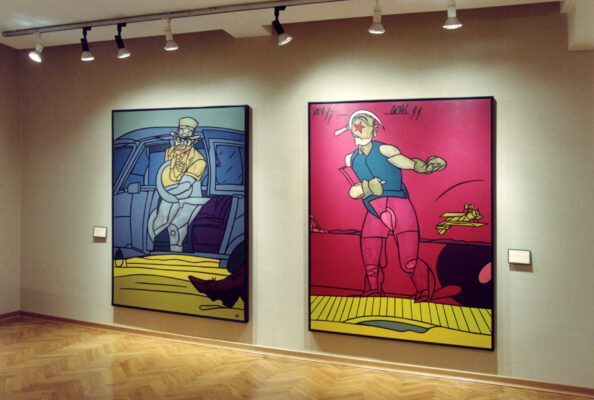 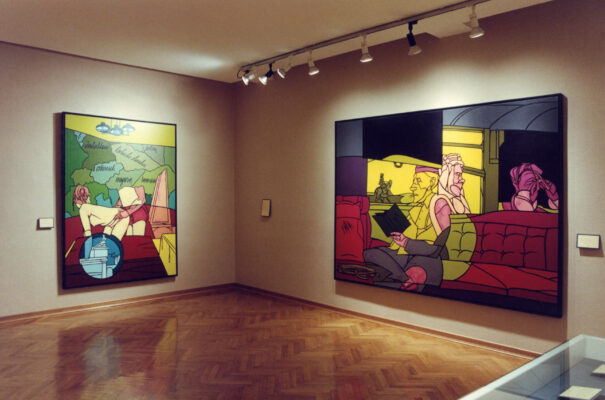 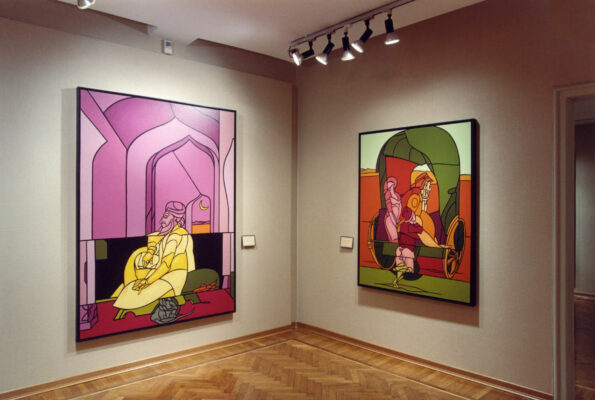