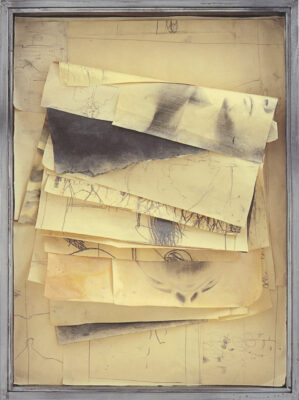 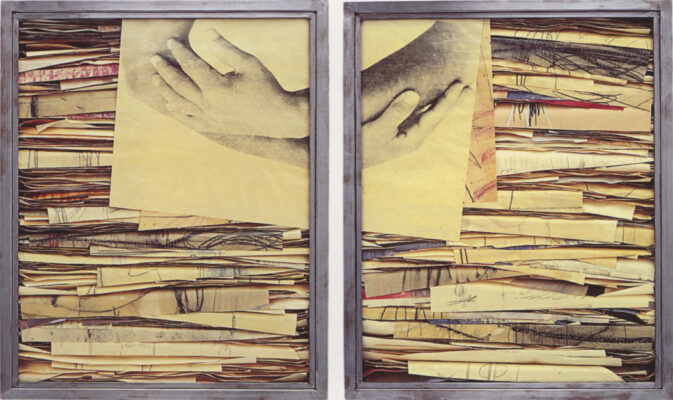 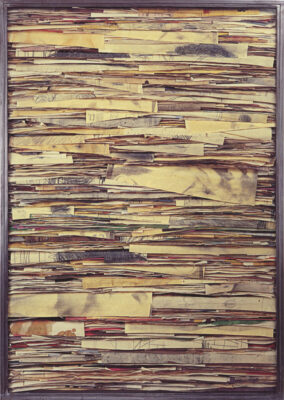 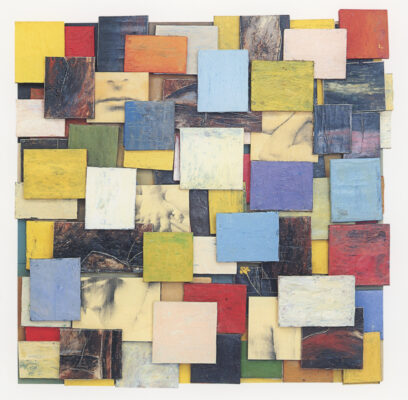 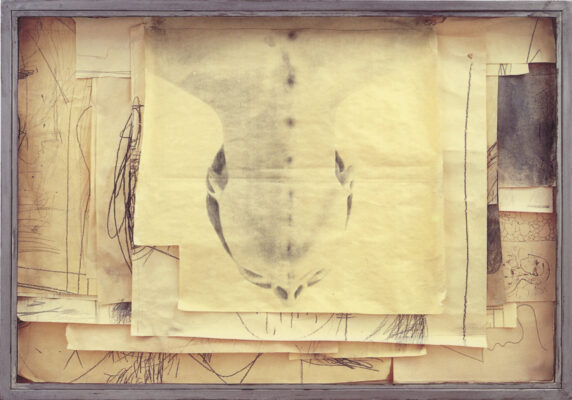 Umberto Manzo, already at the end of the 1980s, praised his visions and progressively the formal schemes, directing his expressive state towards the criteria of formal balance. Terms such as order, beauty, silence, marked in the fundamental chapters of his creative path, in which the myth of classicism was configured as a central node, almost for anthropological reasons. Indeed, Manzo was born, raised and lives in Naples, a city where the ancient ideal was not rhetorical artifice or swampy cultural exercise, but a condition of being; it was a permanent and widespread mood. In opposition to a horrible project of linguistic globalization, he appear as a classical artist: in his works idea and imperturbable harmony merge into aesthetic action.

Rectangles of emulsified paper or drawings, locked in an iron frame, make up and disappear the image - the face or body of the artist - in a transformation process in which the insertion of elements only apparently foreign to the pictorial material, like stones, mirrors, gold leaf, it substantiates the idea of a present / past destined to last.

The human figure that Manzo "puts into action" becomes a measure - strictly speaking - of his expressive declarations. It is no coincidence that in this operation he uses the projection of himself through photographic, evanescent, mysterious and secret shreds as sinopias of a representation that rhythmically recomposes itself to the spectator's eyes. More than with the mirror of Narcissus, analogies emerge with the Duchampian Large Glass. As in the boxes full of movable and variable objects with which children used to play in the past, his works thicken with elements (photographic fragments, details of drawings, tatters of old canvases, spots and backgrounds of primary colors, metals, scraps, etc.) stuck within a formal scheme: the iron structure / architecture of the frame. We are faced with a sort of infinite and impossible puzzle, in which the solution of the "game" does not lie in the recomposition of a pre-established iconography, but in placing each fragment back into a secret personal memory.

For the occasion, a catalog was published with the contributions of Michele Bonuomo and Agnes Kohlmeyer, curators of the exhibition organized with the collaboration of the Trisorio Studio in Naples.