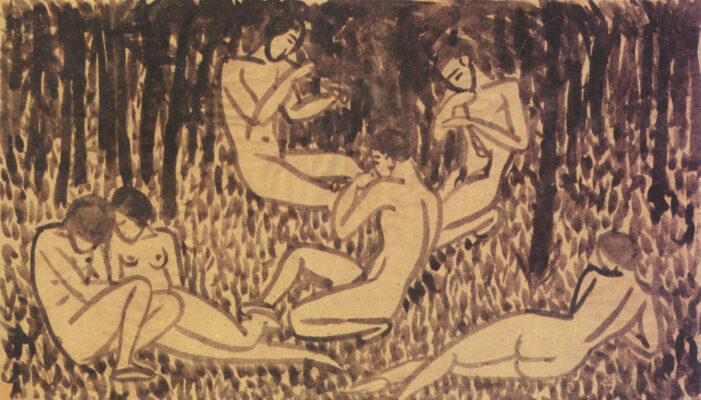 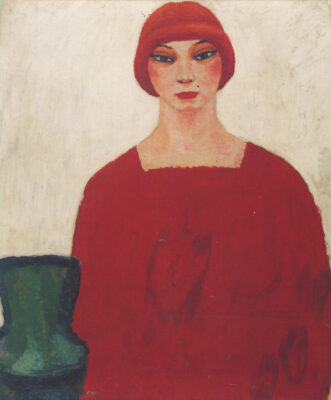 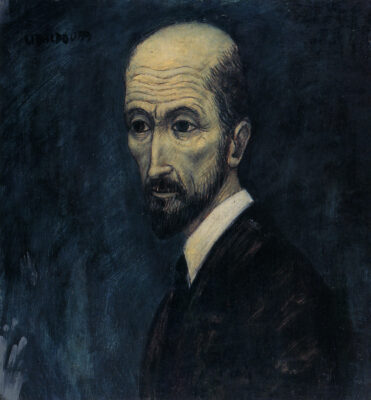 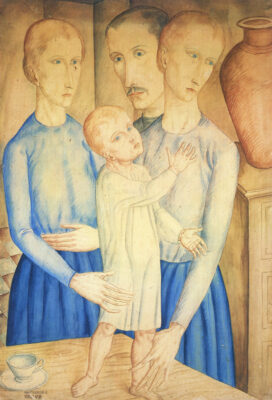 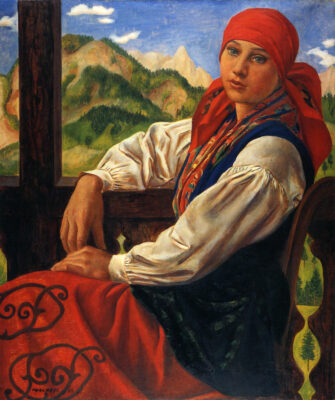 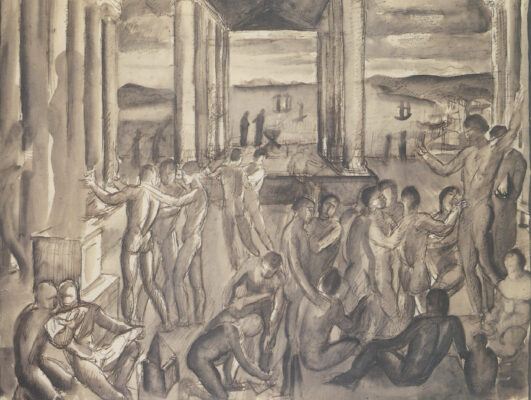 Organised together with the Galleria Gian Ferrari, Milan, the show dedicated to Ubaldo Oppi brings together a selection of works on paper, either in ink or watercolour, dated between 1912 and 1929, that testify to the importance of drawing in the art of this painter from Bologna. Oppi, born in 1889 and died in 1942, from the beginnings of his artistic development frequented the milieus of Vienna, East Germany, and Paris. With Modigliani and Severini he exhibited in Paris at the gallery of Paul Guillaume, and he interpreted a style that looked at the Italian art of the 15th and 16th centuries, with the aim of recuperating a painterly expression according to classical rules.

The works collected together for this occasion can be subdivided into three groups: the first includes a series of ink on paper works, 1913-14, mainly of figures in the landscape which, in their elegant linearity reveal the influence of the central European context (in Vienna from 1907 to 1909, Oppi attended courses at the academy directed by Klimt).

The second, that makes up the central section of the show, includes a selection of works found recently that includes some hundred watercolours and drawings created in his three months in prison in Mauthausen from the end of 1917 to the early months of 1918. Thanks to these it is possible to understand the matrix of a primitivism that, on the one hand, glances at Picasso’s Blue Period for its representation of a suffering humanity, and on the other hand, looks at the language of Garbari.

A third group is added and consists of drawings made in the 1920s, heterogeneous with regard to subjects and stylistic result: among them are some Ligurian landscapes from 1921, undertaken at the end of the artist’s second stay in Paris, begin in 1919, a felicitous naturalistic interlude: La Scuola di Pitagora (1923) is a homage to classicism – an open colonnade giving on to distant mountains acts as the scenography to a crowd of freely moving figures -, and then Adamo ed Eva (1925) and three sketches for the San Francesco altarpiece (1927-28).

The various phases into which the artist’s language developed are further documented by some paintings chosen for their close connection with the historical moment to which is being referred: from Figura in rosso (1912), with a vaguely Secessionist inspiration, to Testa d’uomo (il professore di matematica) (1913), contemporary with some studies in the show, Ritratto di ragazza cadorina (1929), the canvas which rounds off the exhibition, painted in the same year that the artist held a solo show at Edoardo Persico’s gallery. 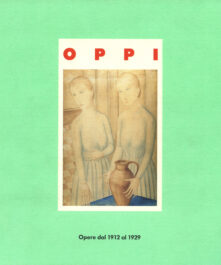