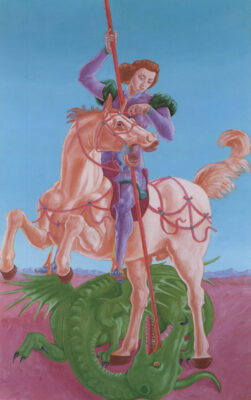 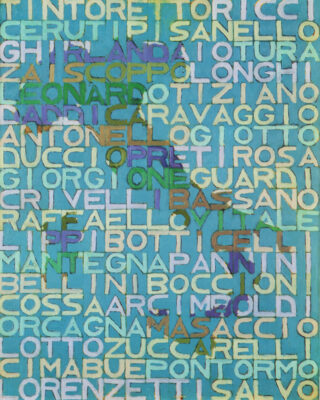 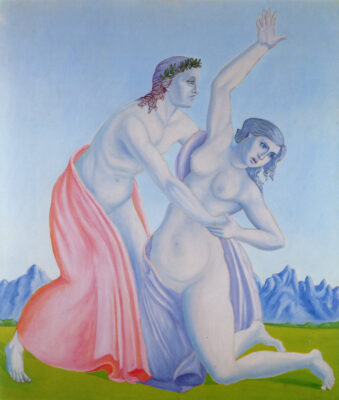 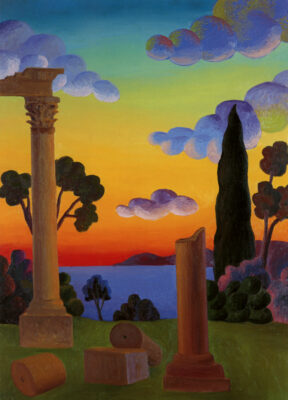 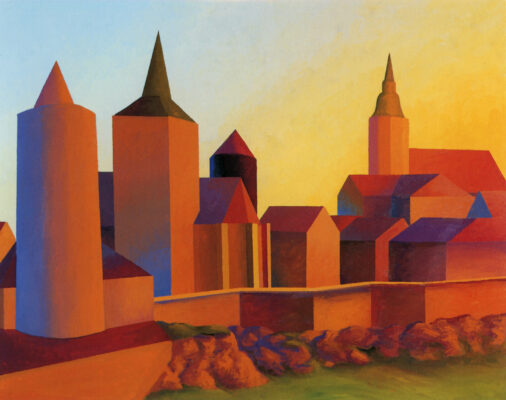 Salvo, archeologie del futuro is the title of the show realized under the patronage of the Municipality Department of Culture, City of Verona, ongoing at Galleria dello Scudo since December 6, 1992. With more than fifty works from public and private collections, the project highlights how the memory of the past, constantly present in the work by the author, projected his research in a timeless dimension.

The exhibition aims at confirming the significance of the Salvo figure during the 1970s, after his beginnings in the Turin climate of Arte Povera, up to the exaltation of the values of painting in its pure state, following a path that saw him experiment with various techniques, from inscriptions on stone to drawing. So the works selected record the results of the passage from a conceptual and behavioural situation to a pictorial art based on a new interpretation of the fifteenth century and myth, and following in the next decade with a wide variety of themes in the spirit of a renewed primitivism.

The show opens with the marble slab Il lamento di Assurbanipal (1972), and with the large painting San Martino e il povero (1973), exhibited in 1974 in Cologne at the Wallraf-Richartz Museum next to masterpieces of ancient art, presented in Verona together with some of the most significant works from the series San Giorgio e il drago.

There follow the works carried out in the period 1975-1980, amongst which are to be mentioned Cavalieri medievali tra le rovine (1977) and, with many others, the mythological scenes Biga-auriga belonging to the Civico Museo d’Arte Contemporanea, Milan, and Ercole e l’Idra, both dating from 1978, and that were seen in Milan in the large solo show at the Rotonda della Besana in December 1987.

The themes developed in the 1980s, represented in this Verona exhibition, – the landscapes with classical ruins, minarets, cathedrals with “interiors with extraordinary services” – are represented by works with an extensive history of exhibitions in Europe. This series of works closes with some recent pictures in which Salvo’s attention still interests itself in architectural elements rendered, however, in a new and more terse light.

The exhibition, designed by Massimo De Carlo and Massimo Simonetti, is curated by Renato Barilli. The catalogue, published by Mazzotta, has a fundamental contribution by Barilli and has essays by Luigi Meneghelli and the writer Giuseppe Pontiggia, devoted respectively to the language and personality of Salvo, whose more than twenty-years relationships with the German cultural milieu are summed up in an interview with the well-known German dealer Paul Maenz. The volume is rounded off by an autobiography and the treatise “Della Pittura” in which the artist collected together his thoughts in 1980.