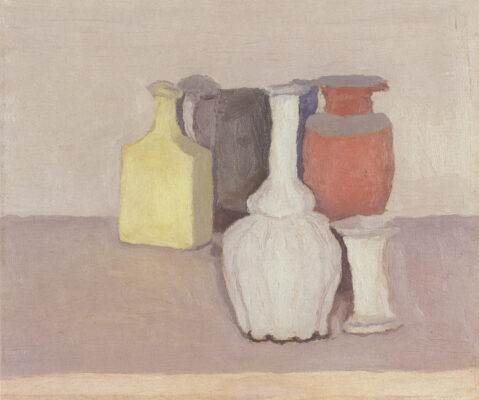 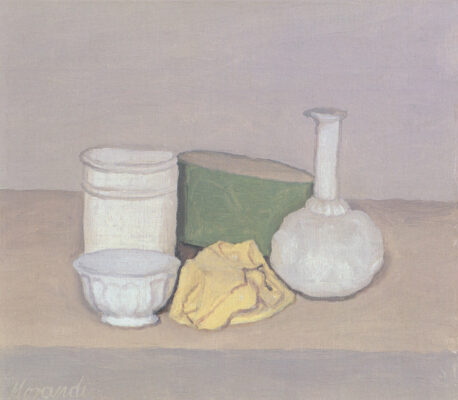 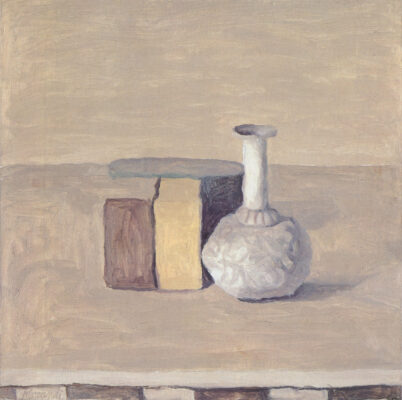 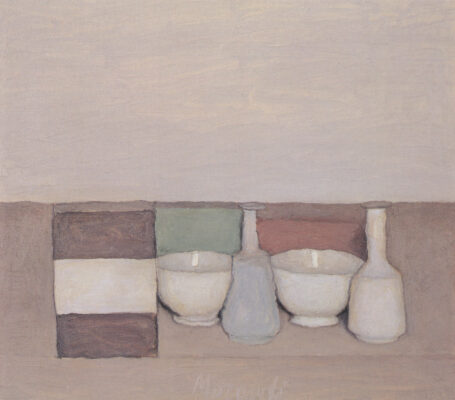 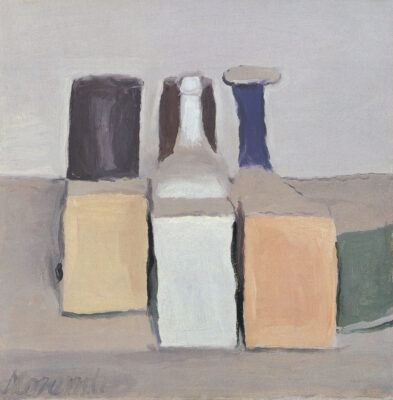 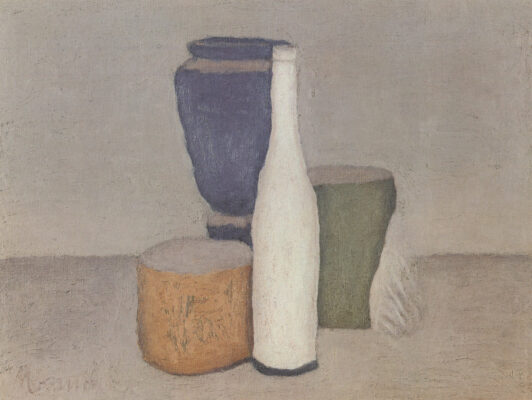 In the past there were many exhibitions of work by Giorgio Morandi, mostly interested in documenting his whole creative path, and considering his later art as the natural evolution of the preceding experiences. In the same way, critics often focussed their attention on the works created up until the end of the 1940s, and making no in-depth inquiries into the following period, which seems mostly unexplored. In fact, in a century dominated by the avant-gardes and by a concept of art as a continuous redefinition of itself and of its own role, the position of Morandi, often seen as an isolated defender of “good painting” in the traditional genre of still-life, must be revisited in methodological terms and in relationship to contemporary artistic results, for which the works of the last period, above all, are determinate.

The exhibition held from December 14, 1997 at Galleria dello Scudo, Verona, realized with the collaboration of the Museo Morandi, Bologna and under the patronage of the Municipality Department of Culture, City of Verona, therefore presented a particular aspect of the work by the Bolognese artist, proposing a new analysis of the still-lifes created from the post-war period until 1964, the year of his death.

With a selection of more than fifty paintings from prestigious public and private collections in Italy and abroad, the exhibition, strictly systematic, highlighted how the works from 1950 onwards, were stylistically and conceptually new: the obsessive repetition of the same subject, with only variations of tone, composition, and angle, were a problem that has always eluded specialists but is basic for an understanding of the last paintings.

After the first examples of diagonal construction, in which there was still indicated the plane (as in the 1951 canvas belonging to the Giovanardi collection), the space found a different, experimental dimension in the works in which the elements were laid out horizontally, one in front of the other (an example is the Natura morta painted in 1953 and now in the collection of Rodolfo Pallucchini), to the point of determining the accented lengthening of the format which characterised some extraordinary paintings from 1954.

Of the series conceived of in 1952, where the forms were organised around a yellow cloth, here there were presented together, for the first time, some six versions (among which there stood out those of the Museo Morandi, the Civiche Raccolte d’Arte, Milan, and the Robert Benjamin collection in New York), which allowed light to be thrown on the deepest and most original means and plastic values of Morandi’s art.

The show documented the complex path along which the artist travelleded, at times insisting on a few strongly characterised projects (as in the case of the 1955 painting from the Morat foundation in Freiburg and the contemporary one that belonged to Gianni Mattioli) and at other times changing the framing and the colour range of the same subject matter (as was demonstrated by the two still-lifes from 1960, one of which remained the property of the artist). Some of the works from the later years, with an increasingly diaphanous material, allowed us to evaluate just how much the dissolution of the forms and the annulment of the physical space marked a further development towards a greater awareness of his use of his expressive means in a philosophical sense.

The exhibition was curated by Laura Mattioli Rossi together with a technical committee of such authoritative scholars as Maria Mimita Lamberti, Franz Armin Morat, and Marilena Pasquali, the director of the Museo Morandi. The catalogue, published by Mazzotta, presents essays on the artist’s activity in the 1950s, with writings by Maria Mimita Lamberti on the pictorial results of the last works, by Franz Armin Morat on the poetic results of the last works, by Marilena Pasquali on the importance of the theory of perception, and by Fausto Petrella on possible psychoanalytic interpretations, as well as essays by Giuseppe Panza di Biumo and AngeIa Vettese on the relationship between Morandi’s poetics and contemporary avant-gardes, and a contribution by Joseph Rishel, a specialist in European art at the Philadelphia Museum of Art, devoted to the artist’s critical success in America. Flavio Fergonzi has been entrusted with the technical files on the works, and Lorenza Selleri with an ample biography relative to the period in question. The volume is rounded off by a deep analysis of Morandi’s relationship with such exceptional art historians as Francesco Arcangeli, Roberto Longhi, Giuseppe Marchiori, Gianni Mattioli, and Lamberto Vitali. 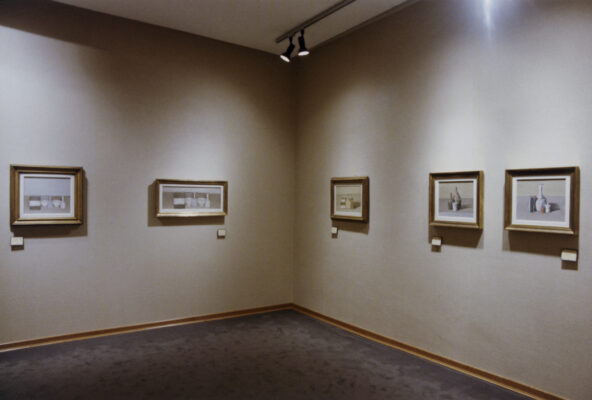 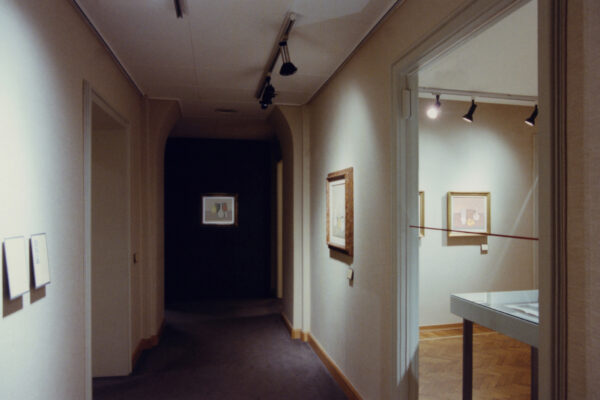 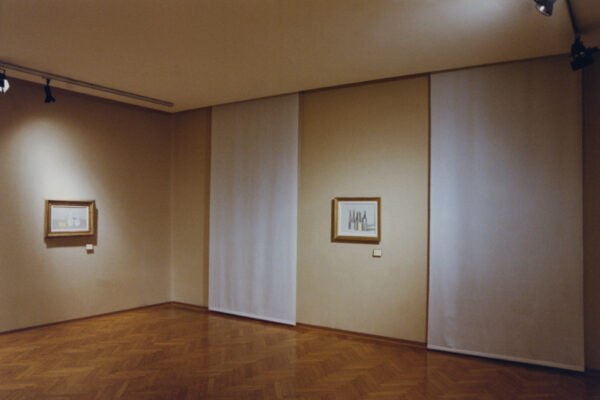 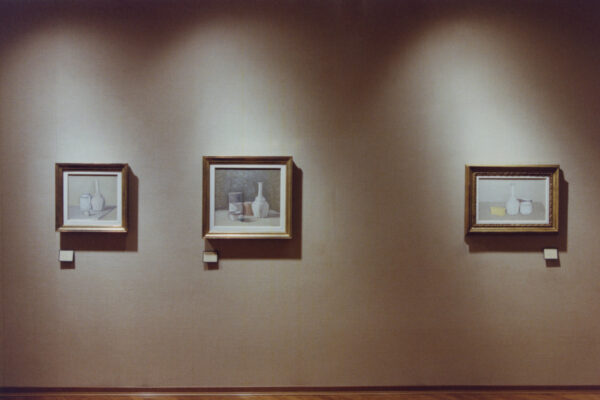 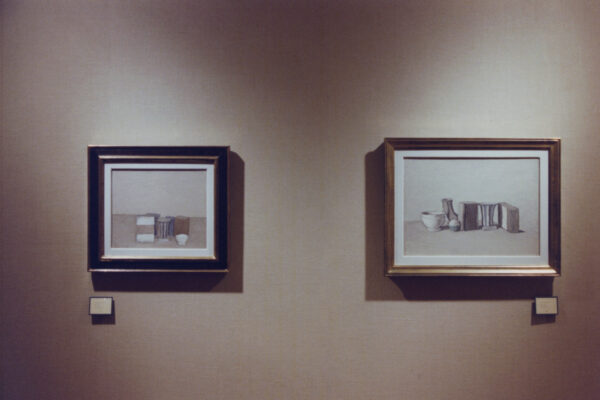 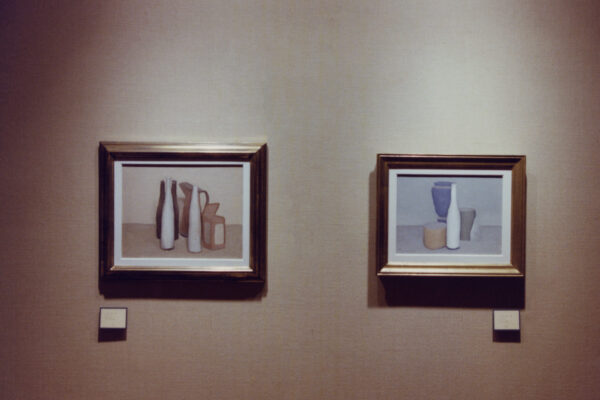 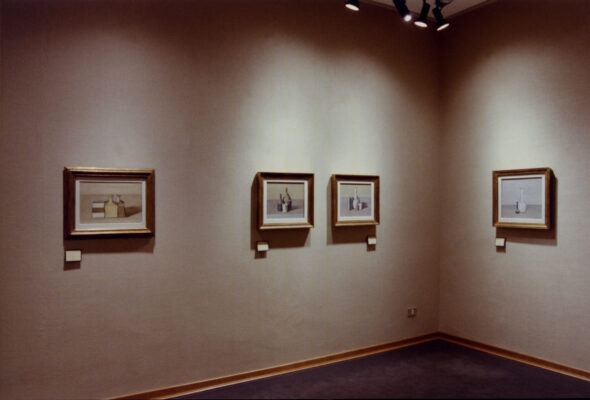 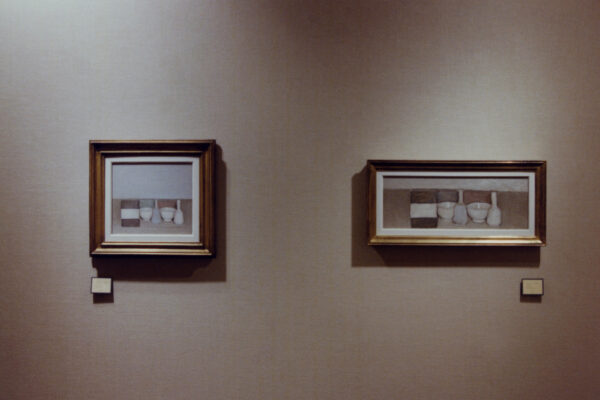 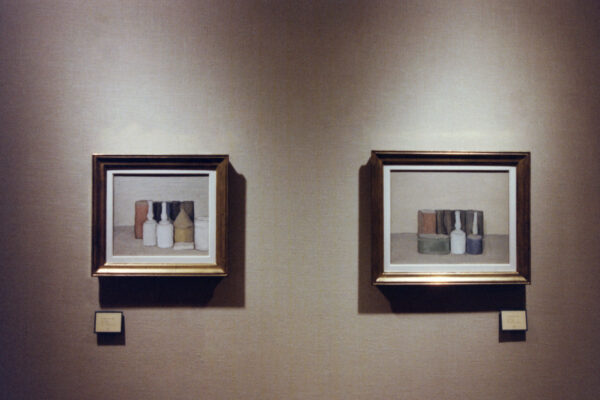