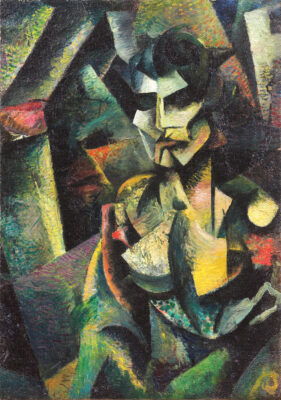 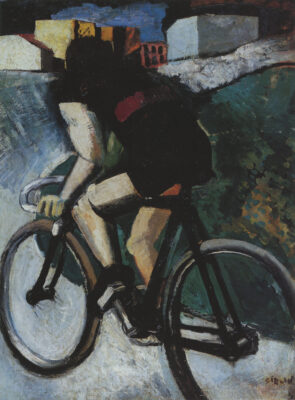 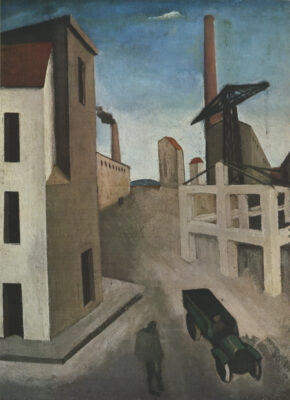 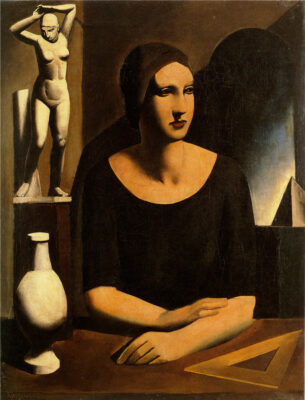 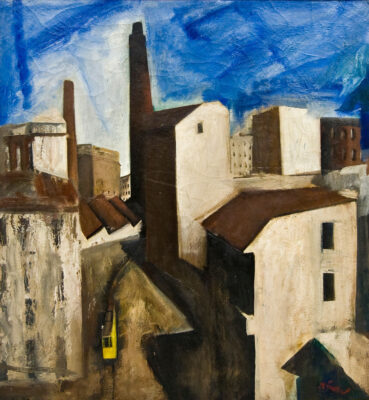 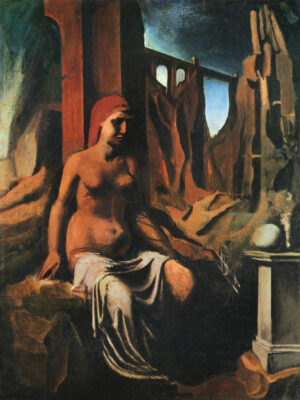 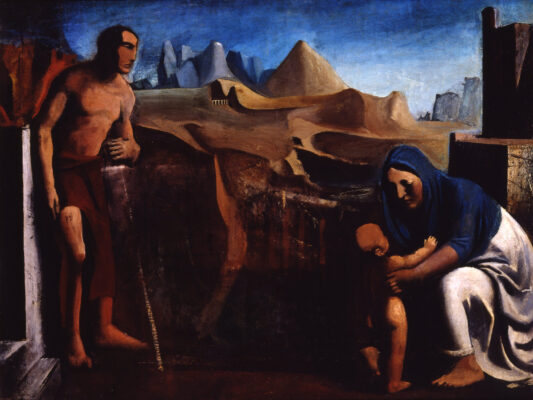 From November 1982 to January 1983 Galleria dello Scudo presented a large anthological exhibition dedicated to Mario Sironi, one of the protagonists of Italian culture in the post-war period, at the center of growing interest from critics.

Held under the patronage of Regione del Veneto, the exhibition brings together seventy-six of his most significant paintings, chosen to witness a path that, after the beginning here exemplified by Interno con la madre che cuce (1905) and Autoritratto (1907), and thanks to the friendship with Umberto Boccioni, gets him to approach Futurism. Plasticità e ritmo di una figura (1913), already in Acquarone collection, witnesses the experimentation of those years, focused on the decomposition of figures and the merging of planes.

Canvases such as Il ciclista  (1915-1916) and Composizione metafisica (1918) represent the shift towards the season best epitomizing Sironi’s language, the one on suburbs – including Paesaggio urbano: fabbriche e ferrovia (1921) in Jesi collection, and Paesaggio urbano (1922) already owned by Margherita Sarfatti – and the one on paintings like L’architetto (1922), L’allieva (1924), and La malinconia (1925 ca.) in the Civiche Raccolte d’Arte, Milan, all of then amongst the highest expression of Italian Novecento.

La famiglia (1930), on loan from Galleria Comunale d’Arte Moderna in Rome, Il pastore (1931-1932) from Civico Museo Revoltella in Trieste and La vergine delle rocce (1933) are the proofs of Sironi’s most solid and plastic maturity, towards the beginning of the 1940s: see La morte di Cesare (1940 c.), a private monologue aimed at reflections on history. In the 1950s the pictorial journey leads to the “Architectural compositions” of archaic evocation in Giovanardi collection, opening up to a new leap of creativity, renewed until the death of the artist.

The exhibition is accompanied by a selection of temperas, drawings, engravings and lithographs, chosen from the wide chronological arc of Sironi’s activity. The show also offers an extensive investigation on the literary, critical and journalistic activity of the author, as well as an exhaustive collection of documents and photographs relating to the artist’s achievements in architecture and his participation in Venice Biennials. A catalogue that documents the entire exhibition was published for the occasion, with texts by Agnoldomenico Pica , Guido Perocco and Gian Luigi Verzellesi.

The exhibition got wide press coverage. Among the many articles, it is worth mentioning the one by Giovanni Testori published in “Corriere della Sera” of December 19, 1982, emphasizing “the beauty and completeness of the exhibition in Verona, deserving much more than the mention to which we would otherwise confine or reduce it. And we absolutely wouldn’t want any of this; because this is really one of the most critically exhaustive, responsible and lofty exhibitions that we have ever seen; in the range, we also include the ones organized by public institutions.” Mario Sironi was born in Sassari in 1885. His earliest training in art was in Rome where his father, an engineer, had been transferred in 1886. He registered at the life drawing school in the Rome academy of fine art. In Rome he came to know Melli and Balla and, in the latter’s studio, came into contact with Boccioni and Severini.
↣ More info 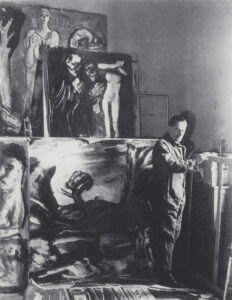