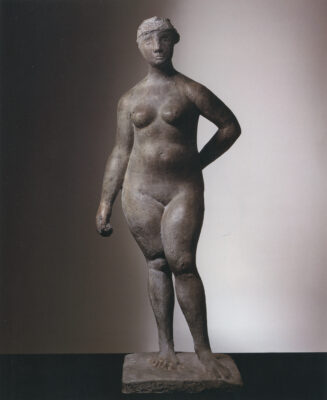 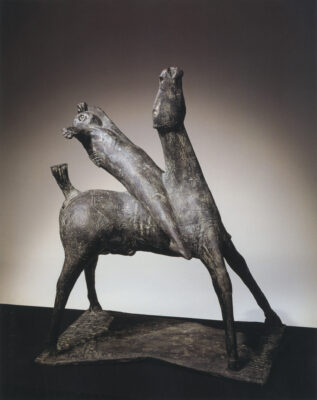 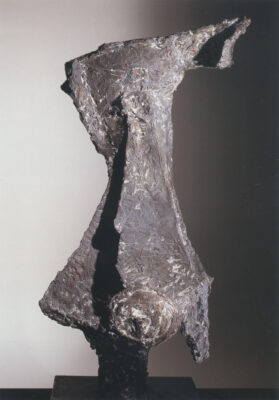 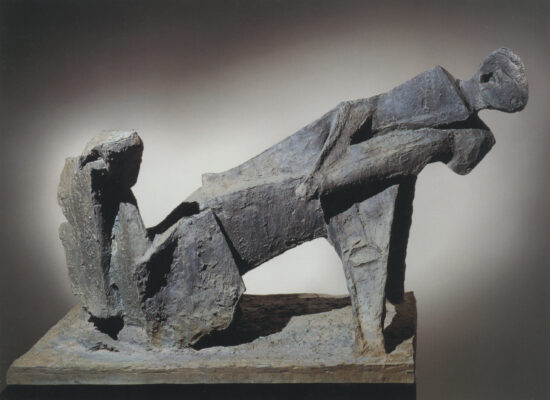 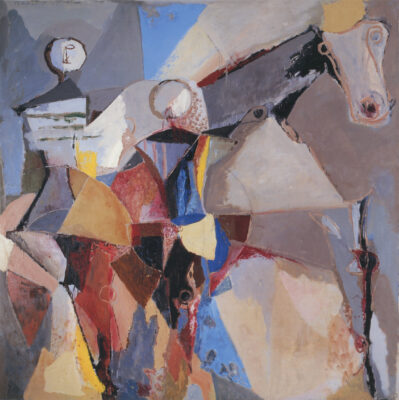 Since December 11, 1994 an exhibition, with a peculiar feature, was held at Galleria dello Scudo, aimed at a specific analysis of Marino Marino's research between 1939 and 1966, when his poetics underwent a long period of full maturity. The exhibition, carried out under the patronage of the Fondazione Marino Marini, Pistoia and the Municipality Department of Culture, City of Verona, it is part of a calendar of initiatives that in the past involved prestigious public seats: after the huge retrospective show at Palazzo Reale, Milan, in 1990, immediately following were in fact the exhibitions in Japan in 1992, at the Chatres Musée des Beaux-Arts in the following year, and the installation of large works in Place Venderne, Paris, during spring 1994.

With a selection of more than twenty bronze sculptures and the same number of paintings from public and private collections, the show had a strictly systematic character and highlighted how the already classically perfect images, with subtle allusions to archaic culture, at the end of the 1930s was to be the starting point for the undertaking of narrative themes through which Marini’s interpretation was strongly part of history: women transfigured into the goddess of fertility, the juggler who becomes a symbolic figure of human instability. Significant works documented how, from 1950 until halfway through the following decade, the artist’s anxiety and intellectual tension gave rise to a despairing iconography due to the dramatic laceration of the form and the asperity of the chiaroscuro, sanctioning in this way the dissolution of myths. And all was distinguished by a close interconnection between sculptural and painterly activity.

The show opened with Cavallo (1939), the statue that for its reminiscence of a classicism marked by a strong personality seems to be a summing up of previous experiences. A large Pomona (1945), always the property of the artist, was an example of a femininity enriched with the most remote and mysterious meanings. Sharing the theme of the Cavallo e cavaliere were two superb works seen in Italy for the first time; one, dating from 1947, was bought by the Museum of Modern Art, New York, and the other was dated 1952, the year Marini was awarded the “Gran Premio di Scultura” at the Venice Biennale. Precious and multicoloured bronzes from the "Giocoliere" series (1953-54), were a further moment in the show’s chronology and, through the amazing "Miracoli" revealed how the myth of horsemen travelled from the extraordinary Guerriero (1960), which belonged to Riccardo Jucker and for this occasion was exhibited at the Museo di Castelvecchio, Verona, up as far as Grido (1962), that closes the section devoted to sculpture.

Among the paintings selected are the striking Luci del teatro (1948), in which the motifs of the "Pomona" works were transferred into painting with a subtle Luminist hint, and Il trovatore (1950), with an exuberant colouring with which is rendered the iconographical allusion to monuments, something that can be seen again in Cavallo e cavaliere (1954), once in the collection of Pierre Matisse. The spectacular mise-en-scène of Grande teatro, finished in 1960, brought together the inexhaustible catalogue of Marini’s forms which were recomposed in apparent order in Giochi nello spazio (1966), a tragic concretisation of human fallibility.

The exhibition was designed by Massimo Di Carlo, Francesco Sandroni, and Massimo Simonetti. The historical-critical ordering and the choice of the works presented are curated by Carlo Pirovano, the author of the catalogue raisonné of the artist’s work expected in 1995. The volume published for the show has a fundamental contribution by him and is rounded off by the wide-ranging research by Laura Lorenzoni relative to the whole biography. The photos of the sculptures have been specifically taken by Mario Carrieri, while Marina Marini has supplied numerous images to illustrate the book. 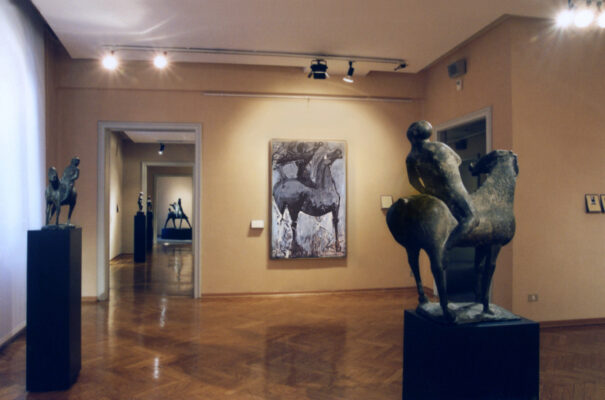 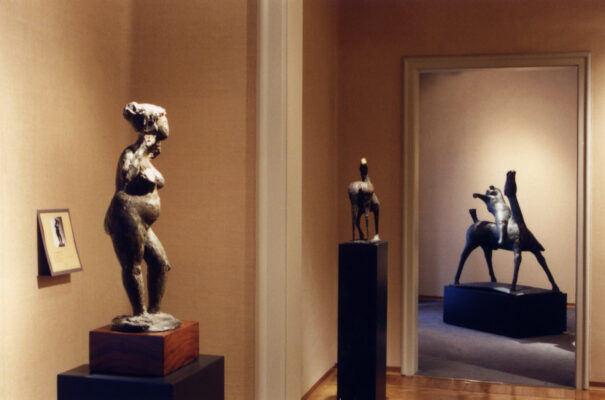 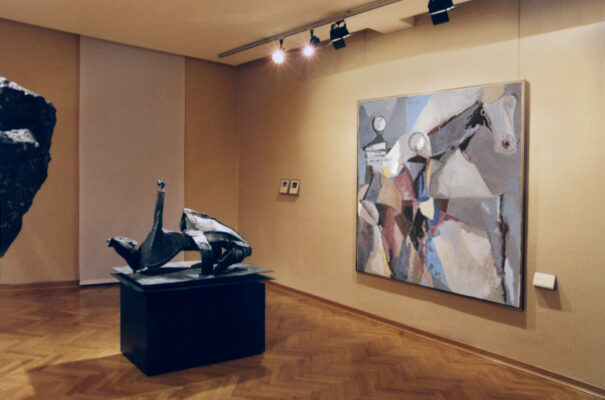 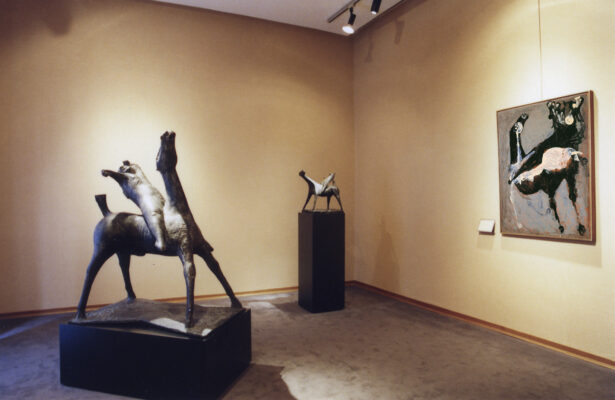 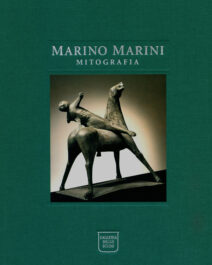 Marino Marini, born in Pistoia in 1901, from 1917 he went to the fine arts academy in Florence where he studied painting and etching, and from 1922 he followed Domenico Trentacoste’s sculpture course. From a very early age he was interested in the avant-gardes, as well as in the expressive possibilities of ancient, archaic, Etruscan and medieval sculpture; the latter was at the heart of his figurative culture, formed by looking at the Romanesque and Gothic monuments in Pistoia. His preference for archaic forms was in fact to be seen in his paintings from the 1920s and 1930s. In 1926 he settled in Florence and joined the Novecento group, together with which he exhibited in 1928 and 1929.
↣ More info 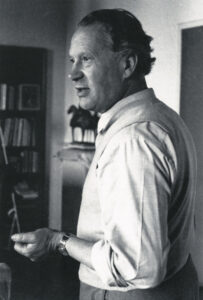