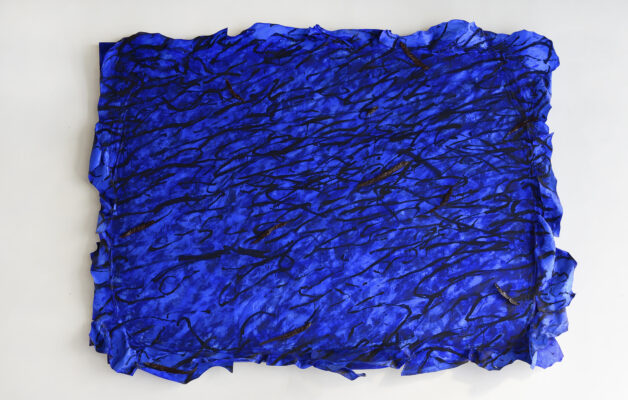 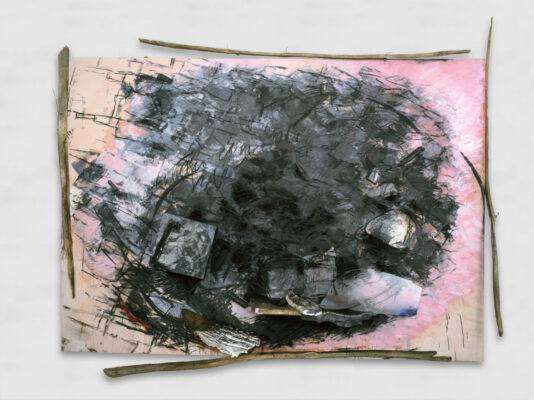 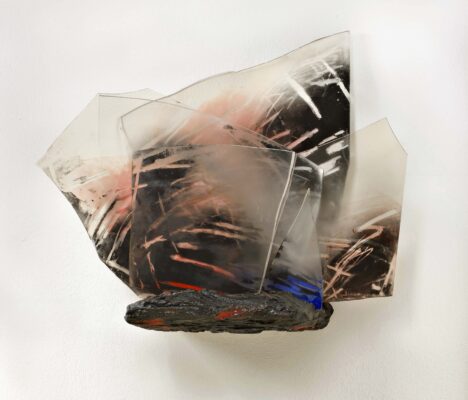 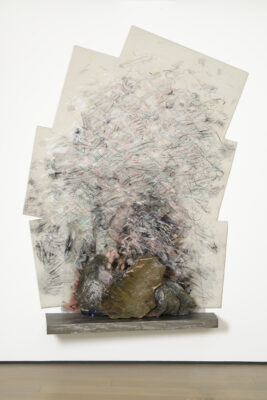 After his first researches in the 1960s and his analytical approach in the following decade, which employed an extremely sophisticated painting in some ways similar to the Minimal Art of the times, from the early1980s Marco Gastini’s language underwent a radical transformation and revealed an unexpected receptiveness to colour and renewed inquiries into materials. This was the beginning of a path that was to lead the artist to the installations that were to typify his language, ones in which the presence of various kinds of forms and objects emerging from the limits of the surface, took on unusual painterly values.

The numerous anthological shows held at the Orangerie im Schlosspark Belvedere in Weimar in 1998, at the Galleria Civica d'Arte Moderna e Contemporanea, Turin, in 2001, at the Göppingen Kunsthalle in 2005, and the most recent exhibition “…ma un’estensione”. Gastini, Icaro, Mattiacci, Spagnulo held at Ca’ Pesaro, Venice, on 26 September 2015, are only some of the landmarks in a career that is unequalled by the “middle generation” to which he belongs. The show at the Galleria dello Scudo, from 3 December 2016, concentrates on the 1980s when the artist’s language was broken into by those “floods of energy” that since then have marked out his style.

Through a selection of works chosen from the most significant of the period, the gallery will follow the phases of an expressive evolution which, what is more, was also marked by such important exhibitions as the solo show L’ala della pittura, presented by Helmut Friedel at the Städtische Galerie im Lenbachhaus, Munich, in the spring of 1982; the room devoted to the artist in the Padiglione Italia at the XL Venice Biennale of the same year; the anthological show on 28 March 1983 at the Galleria Civica in Modena; the show wholly devoted to his work, organised at the Padiglione d’Arte Contemporanea, Milan, from March to April 1984; and various other exhibitions in public and private spaces in Europe and overseas, among which the prestigious John Weber Gallery in New York.

The exhibition opens with Le tensioni esistono, vengono generate e si rigenerano in pittura I, 1981, a work over three metres long, and an emblematic example of Gastini’s total immersion in painting. His creative impulse during this period was dominated by blues, ranging from the gloomiest to electric blues. Despite the irregularity and the shaping of the edges of the canvas, the flow of painterly events took an inverse course in an attempt to overturn our way of seeing.

The surface is now invaded by short and aggressive gestures that intersect the subtle variations of intense colour with multiple superimpositions, long and threadlike but, at the same time, dry and urgent that at times distend over the surface and at others damage the already overexcited tension; and now carobs indicate the reiteration of the marks and suggest themselves as further elements for fragmenting while uniting our vision of the whole. Exhibited in 1982 at the Städtische Galerie im Lenbachhaus, Munich, and at the Venice Biennale, the work is considered to be one of the crucial points of Gastini’s art; it was seen again in the summer of 1998 at the Orangerie im Schlosspark Belvedere in Weimar. Velvety hues, instead, characterise Paravento of 1982, pearly tones against which stand out more intense greys and sharp stabs of black, or graffiti on which are placed carobs and charcoal. The harmonic amalgam that brings relief to the livid flashes of metallic inserts, is emblematic of a new perception of colour. This work too was exhibited in his solo show at PAC, Milan, in 1984; the installation, furthermore, was selected to represent the artist in the show On language and ecstasy. A generation in Italian art that travelled to various Finish museums from September 1985 to January 1986. Charcoal, iron, besides lead and other materials, are scattered over the surface of the canvas in such other works as Oriens, 1983, and Nella luce sopra i muri, 1983-1985, both present in this show. As the artist said in an interview in 1987, “I like to think of energies in tension, of transits and the movement of forces. It is not so much the colour of wood as the material that it highlights... The energy present in the materials meets up with the energy present in the action of painting. And then there is another fact to be kept in mind: the materials I use have been chosen, thought of, and fixed according to an idea of painting; an idea of painting or, perhaps, a feeling or a memory.”

For Qui, là, altrove, 1987, it is worth quoting what was written by Pier Giovanni Castagnoli in the catalogue for the show in the Kunstnernes Hus, Oslo, 1986, from which there emerges another key for analysing the artist’s work in this period: “Gastini, then, systemises the objects as though he were dealing with a still-life, but in fact he is alluding to a landscape, a landscape that spreads over the pictorial surface in a concentrate of marks and gestures, in a changing alternation of expansions and contractions, of sinking and emersion.” So the 1980s represent a crucial decade for the artist, one marked by the entry of unusual materials into his vocabulary: such light and transparent supports as glass or parchment; such metals as iron, copper, or tin; such natural elements as charcoal and carobs chosen for the distinctiveness of form and colour; wooden beams from mountain houses, marked by time and the action of man and, similarly to the branches, trunks or railway sleepers, chosen as traces for subdividing or framing the image.

Gastini understands the totality of the creative process as being like a living organism the life of which is given, not by the specific properties of the individual components, but by the harmonic balance of the whole, in which the painterly gestures always have a primary role. In the show are other works from 1987, for example I segni mormorano nella conchiglia, exhibited at the John Weber Gallery, New York, in 1988; Il senso del segno, chosen for the solo shows at the museums in Weimar in 1998 and Turin in 2001. The exhibition is rounded off by Il profumo della rugiada, 1989-1990, over two metres high, the composition of which is based on a series of painted transparent papers and sheets that open out like a fan and are placed on a base that holds them and anchors them to the ground. This exhibition also acts as prelude to the publication in 2017 of the catalogue raisonné of the artist’s work, edited by Pier Giovanni Castagnoli, Bruno Corrà, and Valeria D’Urso. This catalogue, published by Skira, will include essays by the editors, an up-to-date biography, and a wide selection of materials that reconstruct the exhibition and bibliographic history of the individual works. Divided into two volumes, it will be the first detailed tool for studying the development of one of the most significant personalities of the Italian art scene over the past decades. 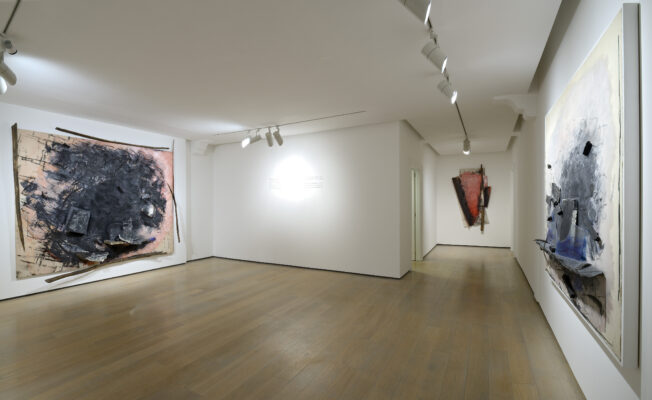 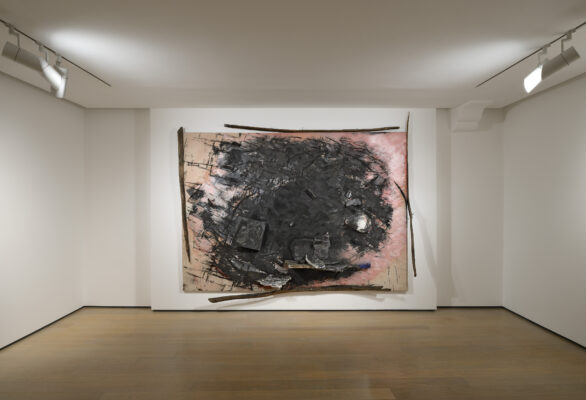 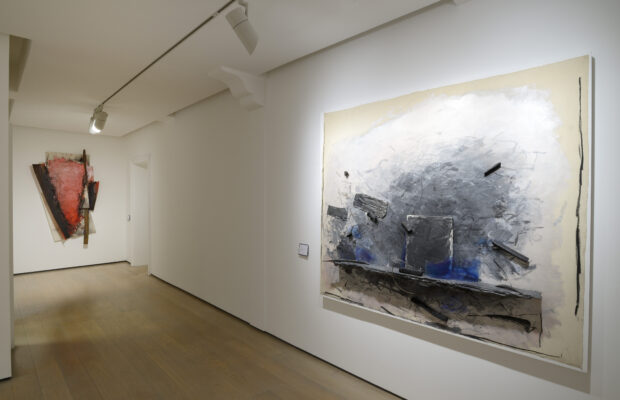 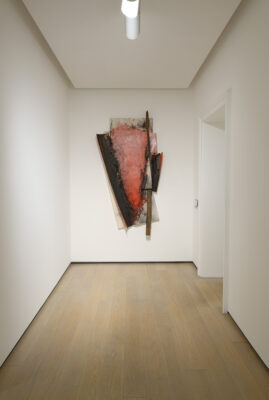 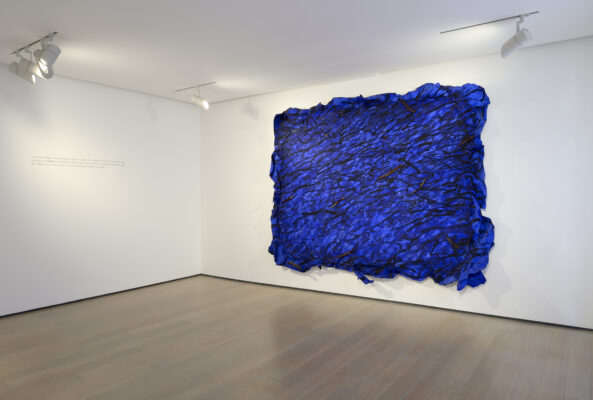 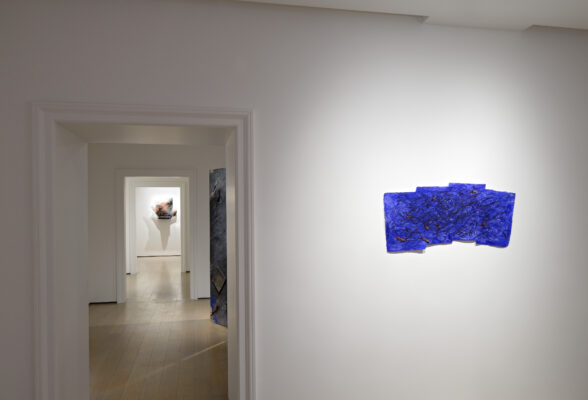 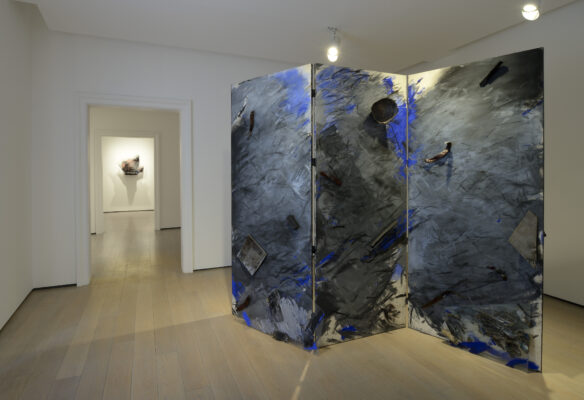 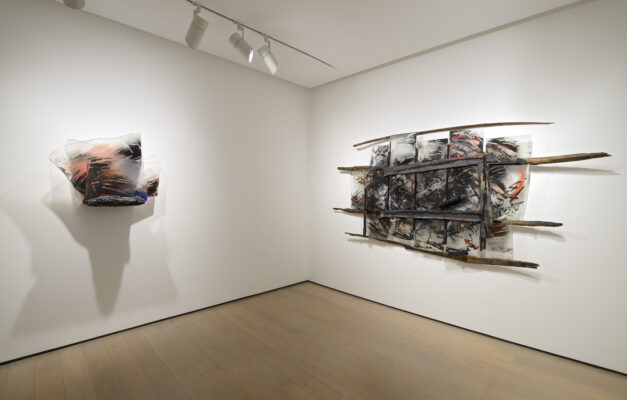 Marco Gastini was born in Turin in 1938. His training began at the laboratory of his father, a marble-worker, where he acquired familiarity with techniques and processing materials. In the Piedmontese capital begins its exhibition path starting from the need to overcome late-informal stagnation, to arrive, at first, to the definition of a painting made of minimal traces and gestures, close to the territories practiced by contemporary minimal art, and subsequently by analytical painting; and then arrive, in the mid-1970s, at a vision that can no longer be classified within the codified trends of the moment.
↣ More info 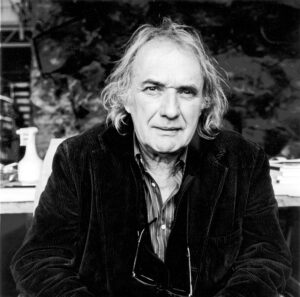