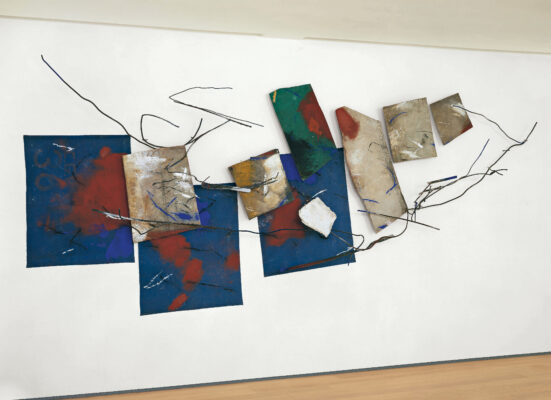 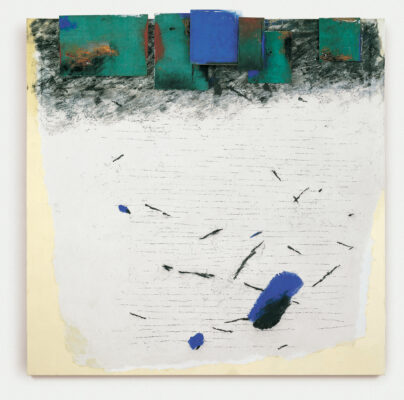 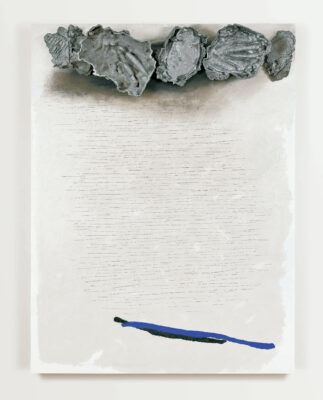 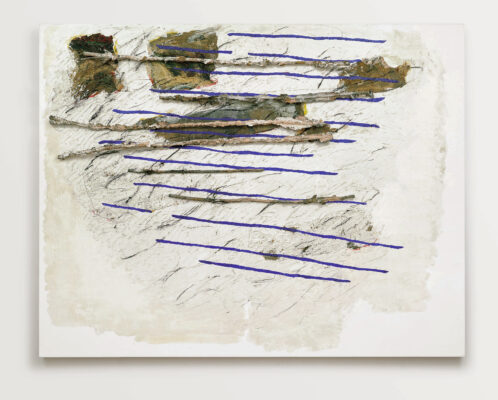 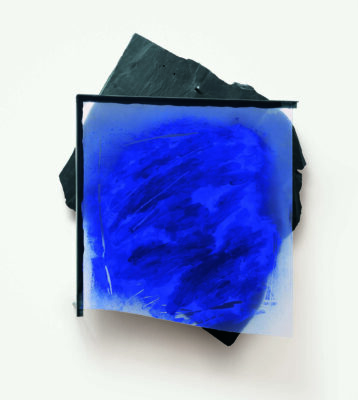 Marco Gastini’s earliest efforts in the 1960s were aimed at going beyond tired Informale-influenced art and arriving at an economical painting woven through with hardly visible traces and gestures, somewhat similar to contemporary Minimal practice. In the following decade and, to an even greater extent later on, his language opened up to include compositional modules that could not be classified according to any kind of trend. The works seen in his solo shows at the Lenbachhaus, Munich, 1982, at the Orangerie im Schlosspark, Weimar, 1998, or in other important solo exhibitions held in the Galleria Civica d'Arte Moderna e Contemporanea, Turin, 2001, and, in the Centro Arte Moderna e Contemporanea, La Spezia, 2005, then transferred to the Kunsthalle in Göppingen, demonstrated how the “energy flows” that inspired his early works, so rarefied in their transparent surfaces and impalpable colours, havd been then transformed into complex installations, often on a very large scale, in which the presence of various kinds of forms and objects growing out from the surface took on an unusual pictorial significance.

The idea of compositions that emerge from the canvas, or that expand to embrace the environment containing it, lies at the heart of this series of works specifically created for the show in the Galleria dello Scudo, Verona, from December 7, 2008 to February 28, 2009; however, there were also to be seen elements quite different to those of the past. On large-scale canvases, shell-like aluminium casts or bronze moulded to seem knotty bark, are alternated with coloured glass and planes painted with thick pigment and which compose on the white walls a refined harmony of tonal modulations.

The show started with Rimbalzo tra gli echi del blu (1996), an imposing installation some five meters long in which a calibrated counterpoint of canvases thickly painted in cobalt blue and red followed an arching trajectory. Riflesso nel segno (2004-2005) was the ideal transition point towards the nucleus of more recent works which, for the most part, had in common elements jutting out from the top of the canvas. Like the friezes of ancient frescoes, these forced the viewer to look upwards in order to see from below a narrative suspended in the sky, and where gravity seemed overturned: the weights floated above an immaterial context.

In such works as Nei fogli della memoria (2007), and Su nell’ombra (2008) slate tiles were firmly wedded to the support. Gesto sospeso, and Nell’ombra degli echi, both dating from 2008, gave the illusive effect of the flowering of remains discovered at the bottom of the sea; they seemed light, spongy clay objects, elaborated and dried out, but were in fact made from metal which at times was luminescent. They were imprints: in other words, the negative of the pouring process, a deception that the artist used to represent the discovery of aesthetic value even in what seems to be without one. Soffio derives instead from various superimpositions: of physical objects placed over painting, of slight traces which intersect in divergent trajectories: the expression of a force that circulates and pulses in the veins of the work.

So the leitmotiv of the show was one of careful balances: above was the weight, where volumes of various shapes gathered, anchored to the canvas; below were vortexes of colourless brushstrokes, marked by scratches or brightly coloured inserts. The painting material was white mother-of-pearl which changes iridescently: “Inside that ever-changing pearly whiteness […] there already existed all colours, that it was a white full of a thousand hues”, the artist says in an interview in the catalogue.

The exhibition was curated by Pier Giovanni Castagnoli, the director of the Galleria Civica d'Arte Moderna e Contemporanea, Turin. The catalogue for the show begins with an essay by him that gathers together, like the notes in a diary, memories, impressions, and images aroused in the past by Gastini’s work; there follows a dialogue with Marco Vallora in which Gastini follows the main events of his career and gives various illuminating hints for understanding his latest works. The volume, which includes a biographical outline by Laura Lorenzoni, is illustrated by photographs by Claudio Abate which interpret the works through their layout in the gallery spaces. 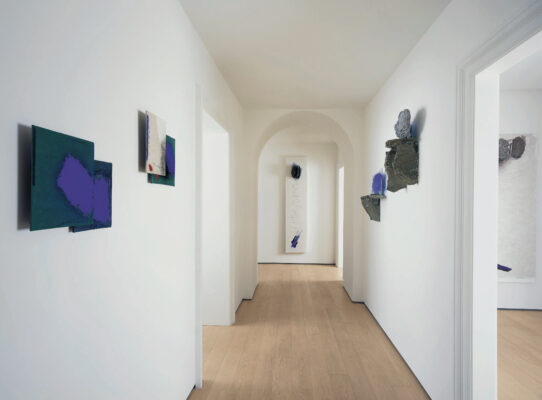 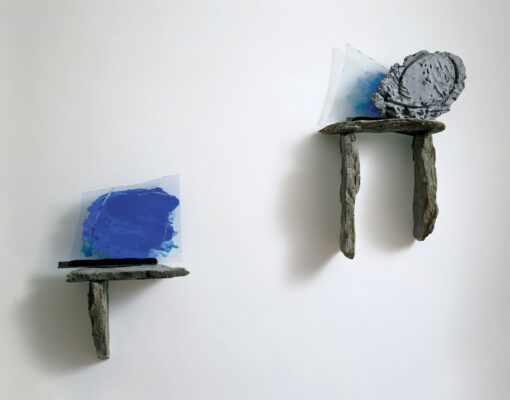 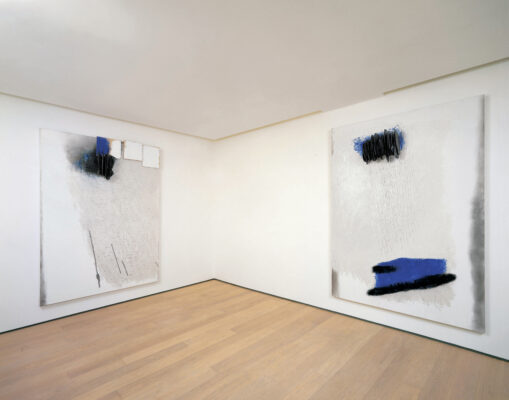 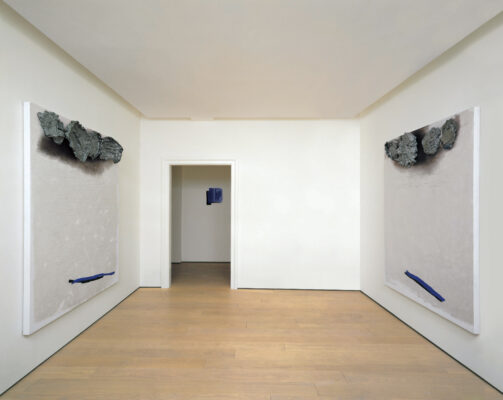 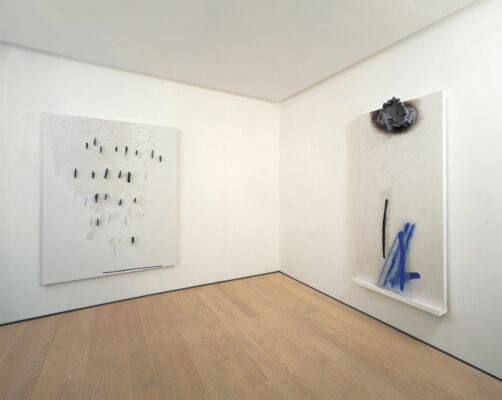 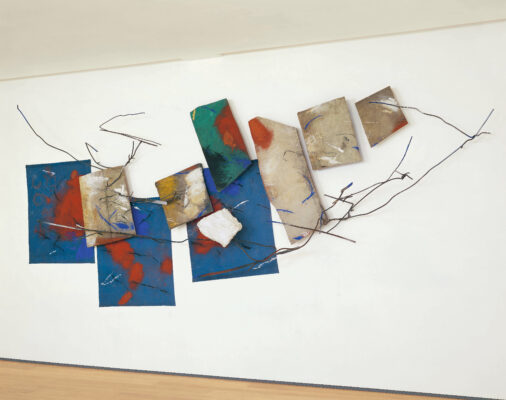 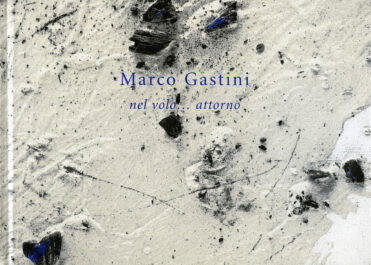