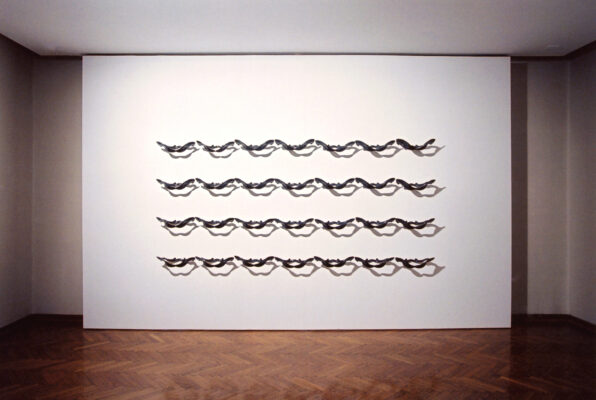 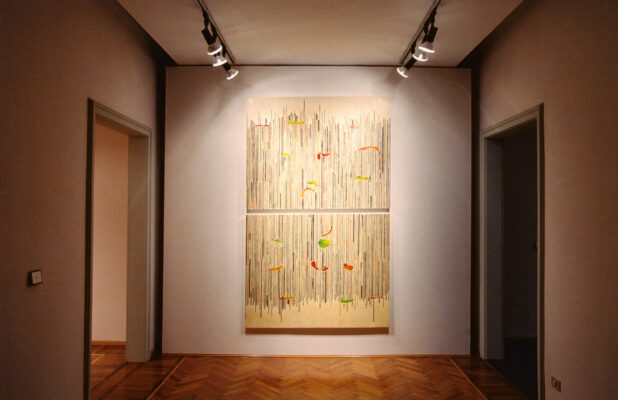 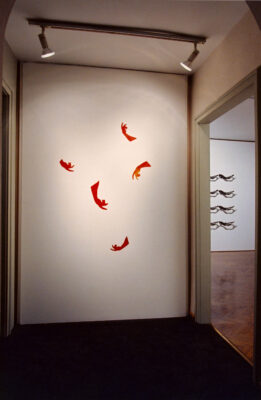 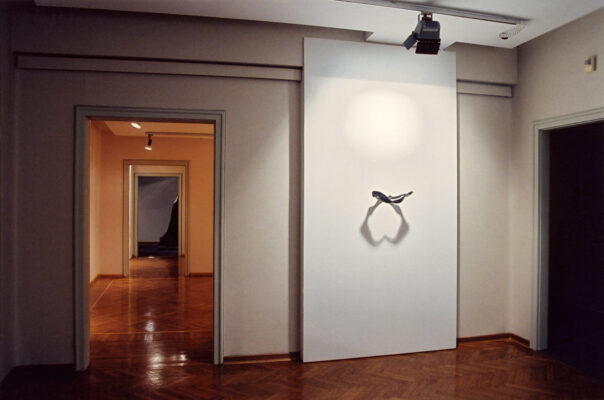 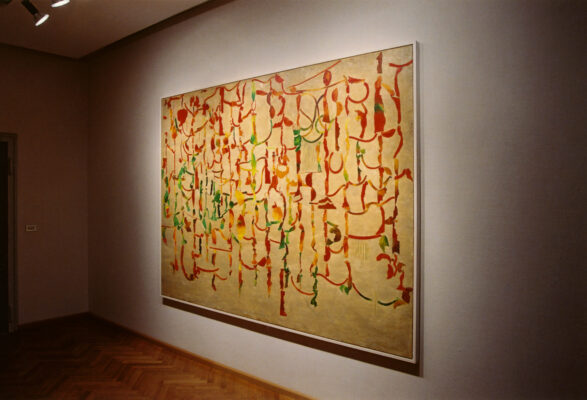 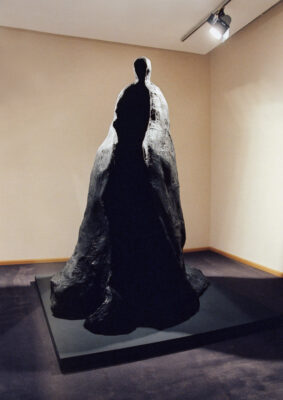 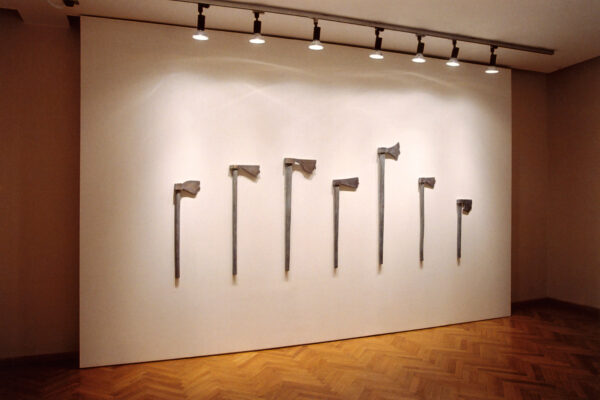 Since his first shows in the early eighties at the Ugo Ferranti gallery in Rome to his important solo shows in Spoleto in 2004, Giuseppe Gallo demonstrated a variety of ways of expressing his art, from conceptual to traditional ideas, from a use of ancient technical means to experimentation with new procedures. His language, highly refined in its cultural allusions and in its creation of a whole range of symbols based on recurrent iconographic ideas, juxtaposes geometric forms, minutely studied figurative details, abstract backgrounds, and compositions made up from complex structures.

A fresh look at some aspects of his recollections of the past and of images fundamental to his work stimulated him to create, between 2004 and 2005, a nucleus of works for the show at the Galleria dello Scudo in Verona to run from April 30 to June 30, 2005. For the show, titled Mito-rito-sito, the artist gathered together a group of paintings and sculptures in which he evoked his triple inspiration: myth, to which is linked the perception of a history, by now forgotten but, at the same, present in more or less obvious daily events; rituality, in the repetition of identical or at least very similar elements giving the compositions a strongly united character, one that was almost sacred despite the paradoxical use of irreverent modules; and lastly the site, in other words the work which itself became a place, like the gigantic Mater dulcissima which was transformed into a grotto that can contain everyone within it.

In such paintings as Merletto veneziano, Dipende, or the diptych Istogramma, his use of wax and other unusual techniques and procedures for applying his colour underlines his stylistic perfection which, though, avoided any kind of painterly virtuosity. In fact his preference for the use of encaustic, inherited from his father who was a restorer, does not leave any trace of the handling or the paintbrush but, through the use of heat, allowed the artist to obtain uniform backgrounds with natural colours, created around a previously studied composition. Similar was Memoria iconoclasta, a series of small panels based on portraits of scientists who have generally been forgotten by the public. Their faces have been fragmented and broken up by the impossibility of being recognised. From the winner of the 1932 Nobel prize, Paul Adrien Maurice Dirac, the real father of electrons, to the better known Heinrich Rudolf Hertz or Antonio Meucci, and to four women, the important protagonists of scientific discoveries - Emmy Noether, Marie Curie, Lise Meitner, the stepmother of the atomic bomb, and Rosalind Franklin who was all-important for the identification of DNA - this procession of images proceeds as though following a vain attempt to recuperate the fragments of an identity which is about to disappear.

A section of the show was devoted to sculpture, imbued with dream-like images and presenting strange mixtures of relationships that vary from the microscopic to the monumental. This was the case of Mater dulcissima, two bronze works seen on a double scale, one miniscule and the other imposing, in which Gallo dealed with the theme of femininity as a sweet refuge. The idea of women as a concave mountain referred back to an iconographical tradition that - from African art and fourteenth century Madonnas with their mantle open to enfold the faithful, to Bernini’s St. Peter’s Square – became the metaphor of a place apart, secluded from the world, but one that also alluded to the opposition of empty and full, positive and negative, masculine and feminine. Femmina atroce derived from another line of thought but, all the same, had similar connotations. The jaw of a shark, usually thought of as one of the most aggressive of animals, suggested to the artist a series of bronze forms, each slender and convex like a woman’s pelvis, which was placed on the wall in four parallel lines that, like lace, interact with the light to draw mutable arabesques. Seven axes, whose sharp blades present the artist’s profile, became seven Autoritratti autoritari, or Authoritarian Self-portraits, and represented the latest step in the output of Gallo who, for over ten years, had been investigating his own person with deeply ironic results.

The exhibition was curated by Rolf Lauter, the director of the Städtische Kunsthalle in Mannheim, and Mirta d’Argenzio independent curator and author of contemporary art publications. Essays by them are printed in the catalogue of the present show: the former analyses recurrent themes in the recent series of works and underlines the complex historical and artistic allusions present in them. The latter is a conversation with the artist in an interview overflowing with fundamental points for reconstructing the genesis and the profound meaning of certain of his works. Claudio Abate, the photographer whose work illustrates the catalogue, has interpreted the evolution of the project in the artist’s studio.