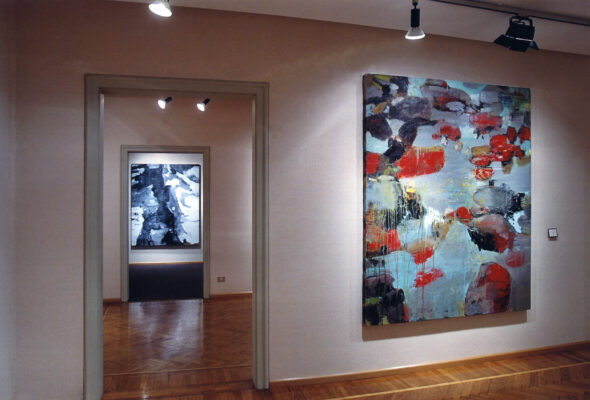 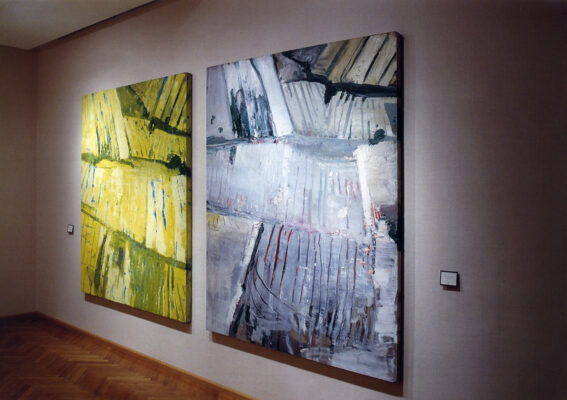 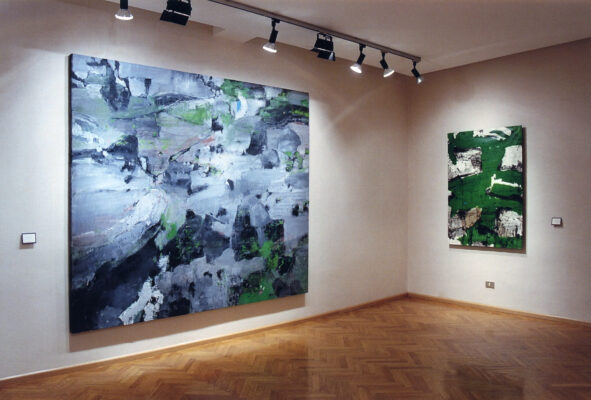 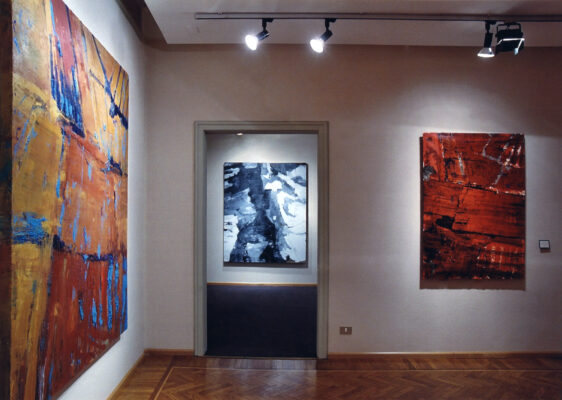 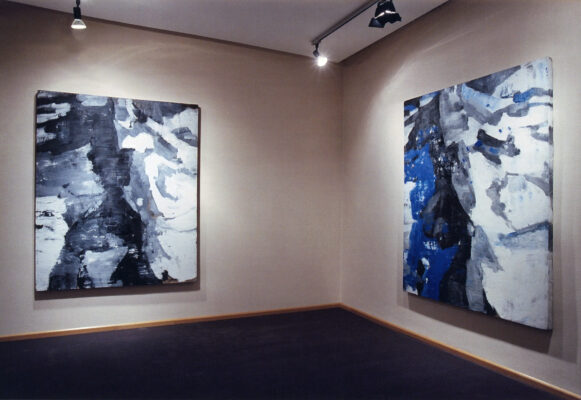 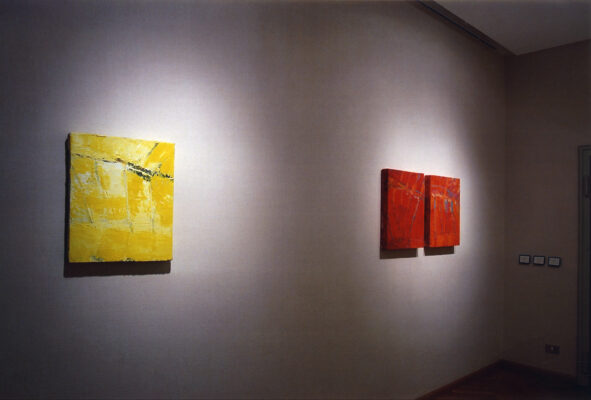 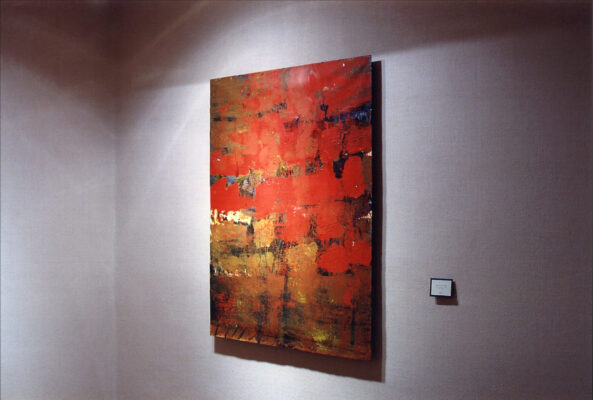 After the success enjoyed with Nobu at Elba, the wide-dimension installation exhibited in February 2004 in the Scuderie di Villa Menafoglio Litta Panza in Biumo Superiore, near Varese, Milanese artist Giovanni Frangi (born in 1959), one of the most successful of his generation, held an exhibition at Galleria dello Scudo, Verona, showing a series of paintings inspired by the urge to relate to nature in a completely new way, thus marking a further evolution in his research. The exhibition was held from December 11, 2004 to February 27, 2005, four years after Viaggio in Italia, the project that clearly revealed how the need to search in painting what lies beyond the real was already primary at that time.

Nobu at Elba, four canvases for a total of forty meters and a group of sculptures in burnt foam rubber, represented a fundamental turning point in Frangi’s journey, introducing unprecedented motifs into a constantly renewed thematic and stylistic repertoire. The plastic interventions with unusual materials – foam rubber precisely – to be placed in close relationship with the pictorial context, the adoption of color balances within a language strongly hinged on gestures, the continuous variation of light within a narrow time rhythm, from the highest intensity to total darkness, are just some of the elements that testify to the performance of a work that has undoubtedly led to more audacious and highly emotional results.

For the Veronese exhibition, the artist created twenty paintings on canvas of equal height (about two meters) and different width, as well as ten on paper, which are identical and where the horizon disappears and the sight from above of a sky-less world as well as planes are rendered through a material score that is nothing other than a musical scan. This mused and unexpected relationship with the landscape – plains, lakes, rivers, mountain ridges… the usual subjects, after all – once again called the visitor to an immersion in nature, with a radically different involvement. The same size contributes to strengthen the sense of uniqueness of the representation that the entire cycle of works aims to build.

At the opening of the exhibition, a Lochness view, with chromatic features based on the alternation of grays and blacks, prepared the viewer for the transition from a frontal vision, with clear naturalistic features, to the sudden glance from above in these recent paintings; a glance capable of mingling shapes and then arranging them, according to an unexpected construction. It is the case of the four Belforte snapshots taken in close sequence, in which the Apennine countryside ends up in episodes of pure painting, where the synthesis is now unequivocally synonymous with abstraction; as well as of the two versions of Gstaad, divided into scores that identify the masses according to a vertical trend, all immersed in a color magma from which the lyricism of a Nordic spirit emerges.

The exhibition is curated by Lóránd Hegyi, director of the Musée d’Art Moderne in Saint-Etienne, and by Demetrio Paparoni, professor of History of contemporary art at the Faculty of Architecture, University of Catania. The catalog published for the occasion includes their essays, centered respectively on the reinterpretation of nature, which the choice of a completely new point of view allowed in multiple unexpected results, and on the sign-color-light relation, that so strongly characterizes the structure of a pictorial frame still tied to modern tradition, where gestures were governed by well-defined grammar rules. Claudio Abate, author of the photographs illustrating the volume, interprets the accomplishment of the project in the artist’s studio. Giovanni Frangi was born in Milan on May 12, 1959. He began painting very young. After a regular cursus of studies (he graduated from the Brera Academy in 1982), he exhibited in a group show at the Rotonda in via Besana in Milan in 1982. In 1983 he organized his first one-man show at Galleria La Bussola in Turin. Other solo shows followed at the Galleria Bergamini, Milan (1986), presented in the catalogue by Achille Bonito Oliva, and at the Galleria Poggiali and Forconi, Florence (1987) where he returned to exhibit again (1992, 1997).
↣ More info 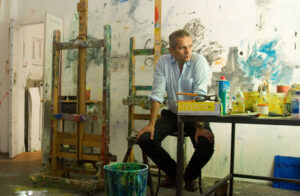