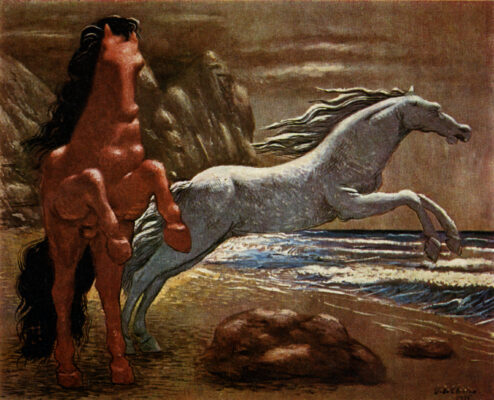 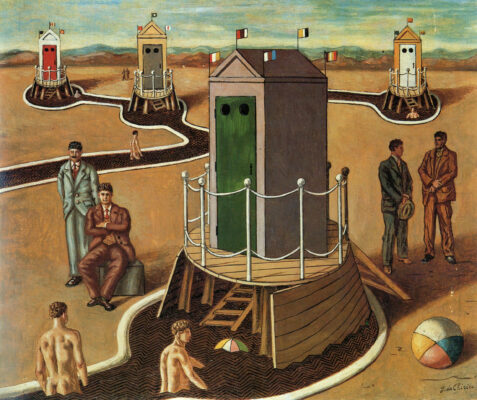 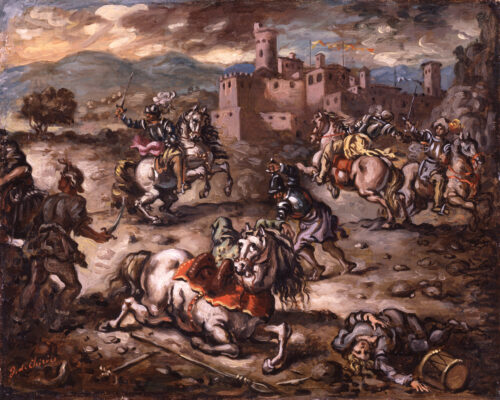 Giorgio de Chirico's anthology, inaugurated on November 22, 1975 at Galleria dello Scudo, is the first set up in Italy since the "Pictor optimus" entered the French Academy as the first foreign associate.
The works chosen for the exhibition cover a wide time span documenting the different themes, starting with that of metaphysics, which for over half a century has been recognized as one of the most original expressions of 20th century art. Its source is in the allegorical romanticism of the Germanic area between Boecklin and Feuerbach, fueled by the philosophical thought of Nietzsche and by the vision of the painters he studied in Munich in the years of his youth.

To the “Manichini” (Mannequins) of the '10s and' 20s, including Il Vaticinatore (The Daydreamer) of 1919, Il filosofo (The philosopher) or Les jeux terribles of 1925 after the first passage from Paul Guillaume entered the Chrysler jr. Collection, or Gli archeologi (The Archaeologists) of 1928 -, are flanked by compositions such as Natura morta antica (Ancient Still Life) of 1926 already in the Léonce Rosenberg collection, subjects such as the Bagni misteriosi (Mysterious Baths) of 1935, documented here in a rare large painting, to reach the stage in which the artist arrives at a personal reinterpretation of "secentism" that from Rubens arrives to Delacroix, recreating the splendor of ancient art through a wise pictorial ability. 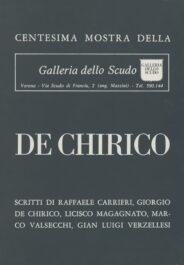 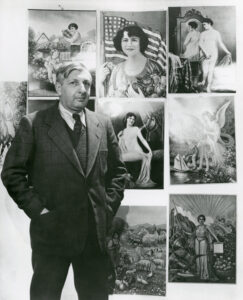