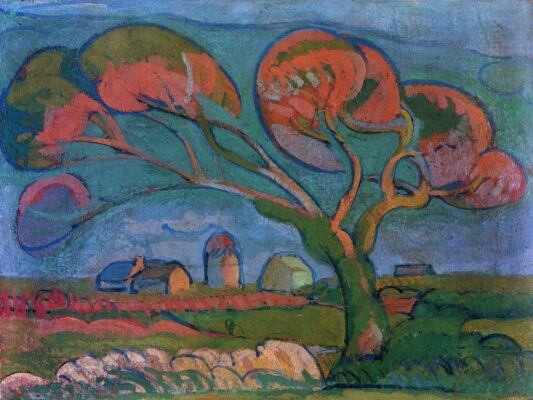 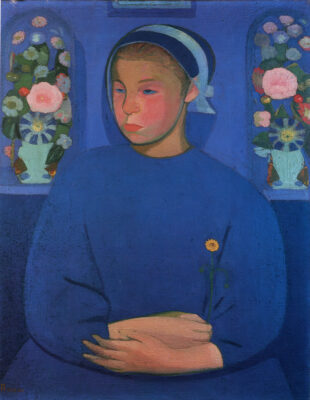 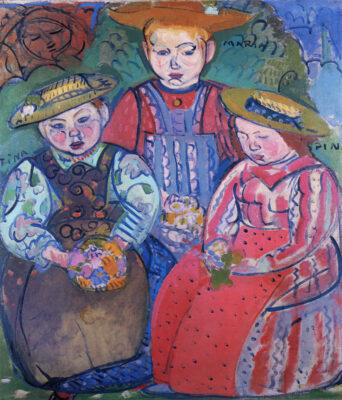 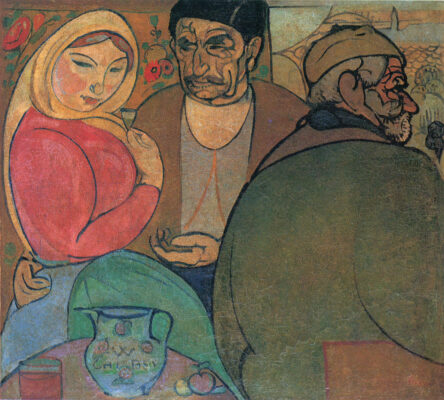 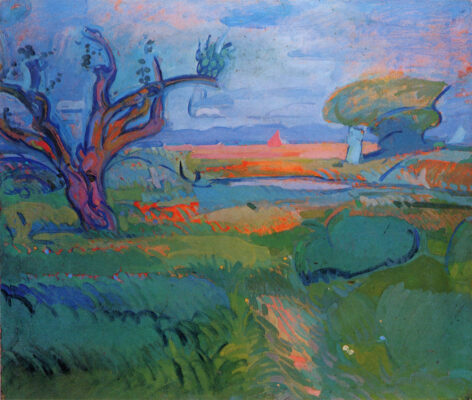 In view of the imminence of the centenary of Gino Rossi’s birth, in November 1983 Galleria dello Scudo organized an important exhibition under the patronage of Regione del Veneto, dedicated to one of the protagonists of the artistic renewal in Italy in the first half of the twentieth century, linked to the Venetian milieu of Ca' Pesaro.

With a selection of 93 works, including paintings and works on paper from public and private collections, the exhibition path retraces the evolution of a language which, from the first stay in Paris   in 1907 together with sculptor and friend Arturo Martini, opened to the knowledge of the pictorial avant-garde of that period, with particular attention to the work by Gauguin and van Gogh and a modernism conveyed in Europe thanks to the Venice Biennials. However, it was the subsequent move to Brittany that left profound suggestions in the artist, who in numerous paintings like Primavera in Bretagna   (1909 c.), now at the Museo Civico in Treviso, and Douarnenez (1910 c.), owned by Galleria Internazionale d’Arte Moderna Ca’ Pesaro in Venice, depicts details and landscapes of northern France.

Gino Rossi's first appearance in Ca’ Pesaro exhibitions, in Venice, took place in 1910. He exhibited three paintings, all on display also in the show in Verona: Case a Burano (1908–1909), Il muto (1909 c.) and La fanciulla del fiore (1909), an iconic canvas defined by the artist himself as his “most beautiful poem” due to the sharpness of the pattern, the color typical of a medieval stained-glass window, and the stylization that recalls Art Nouveau, with environmental settings that can be compared with a peculiar genre of Nordic painting.

In 1912, after his second journey to Paris, when he exhibited La buona pesca (1910) and the recently completed Grande descrizione asolana at the Salon d’Automne, and to Brittany, whose recollection turns into the subject of some landscapes including Canale in Bretagna (1912) from Civiche Raccolte d’Arte in Milan, Gino Rossi decided to settle again in Burano, albeit with occasional stays in Asolo and Treviso. The periods spent in the quiet of Asolo hills are documented by some works showed at the time in important exhibitions, such as Paese asolano (Monfumo) (1912), now at Museo Civico in Treviso. Images of the lagoon, on the other hand, so are back in Barene a Burano and Canale con vela a Burano, both painted between 1912 and 1913, just like the strong expressiveness of the faces of local characters is fixed in Pescatore buranese, L’uomo dal canarino, and La famiglia del vecchio pescatore, all executed in 1913.

The exhibition itinerary ends with figure studies – see Maternity (1913) from Galleria Internazionale d’Arte Moderna Ca’ Pesaro – and still lifes of the last period – among these Natura morta con brocca (1922) – in which the growing, personal awareness that form and volume are built through painting is evident. To signify the beginning of the dramatic epilogue in the artist's life, the show exhibits also Il cortile del manicomio (1926), entered the collection of Mart - Museo di Arte Moderna e Contemporanea di Trento e Rovereto.

The exhibition was accompanied by a catalogue published by Electa, with contributions by Guido Perocco, Claudia Gian Ferrari, Licisco Magagnato and Luigina Bortolatto. The scientific entries of the Catalogo delle opere by Luigi Menegazzi, referring to the artworks exhibited at Galleria dello Scudo, represent the central corpus from which the Catalogue raisonné of the artist's work would come to life later on, this too published by Electa in 1984. 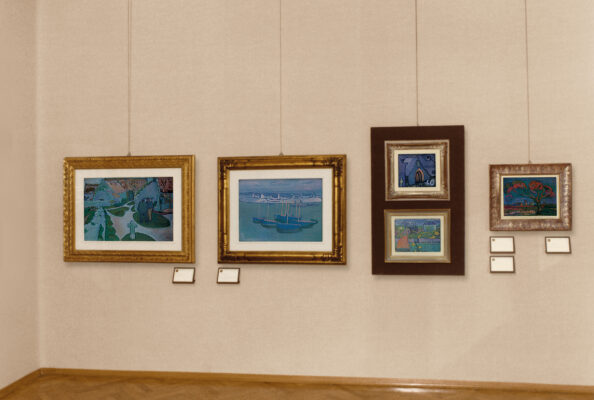 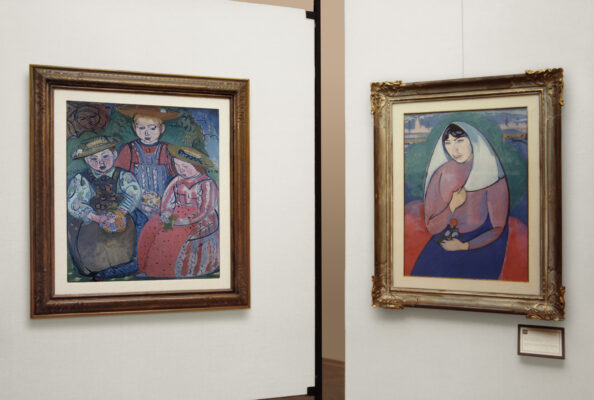 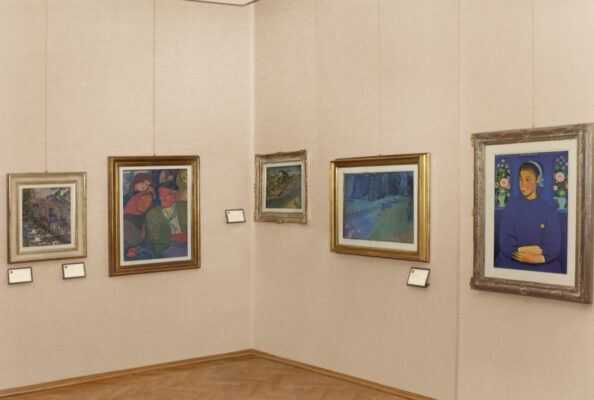 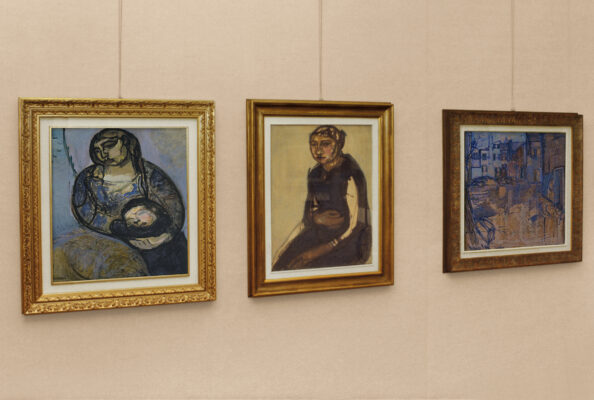 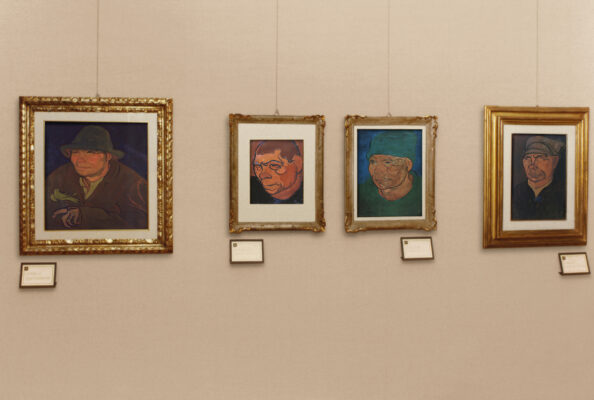 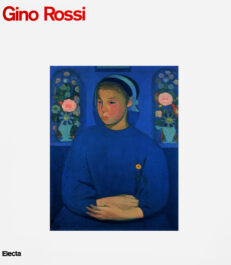 To celebrate the centenary of the birth of Gino Rossi, at the request of the Assessorato alla Cultura of the Venice City Council, the exhibition, after the venue at Galleria dello Scudo, was moved to the Wagnerian apartments in Ca' Vendramin Calergi, Venice, from February 18 to March 31, 1984. A second edition of the exhibition catalogue was published on this occasion, documenting the expansion of the exhibition with an additional 33 works.

Rossi, Gino was born in Venice in 1884 to a wealthy family (his father was the administrator for Count Bardi whose famous collection of exotic objects was to be conserved in the Museo Orientale in Venice). However, almost nothing is known about the period between leaving the Foscarini school in 1898 and his journey to Paris with Arturo Martini in 1906-1907. It is known that in 1903 he married the painter Bice Levi Minzi, that later he was trained privately by the Russian painter Schereschevsky, and that already in 1905 he had a studio in Palazzo Pesaro.
↣ More info 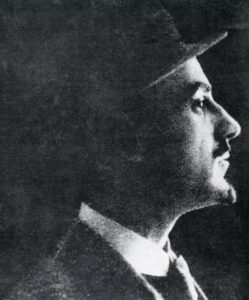