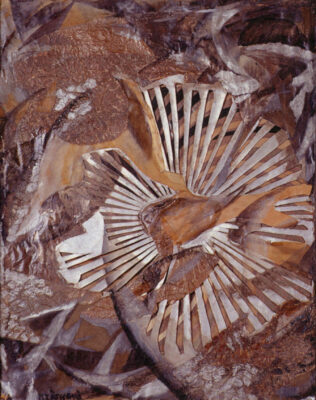 With thirty-five paintings, some of them large-size dimensions, on June 6, 1970 an exhibition of Russian futurists and abstract artists was inaugurated at Galleria dello Scudo, with a selection of paintings partly never seen before from the Italian public. The path opens by works from the ’10s by Natalia Gontcharova and Michail Larionov, leading exponents of the artistic avant-garde in Moscow. They are flanked by paintings by Serge Charchoune, painter as well as first Dadaist Russian poet, Philippe Hosiasson, related to Boris Pasternak, Paul Mansouroff, also lived in Rome and Paris, then Olga Rozanova, of which are exhibited three canvases of the ’10s including Analisi dei volumi sull'uomo in strada [Man on the Street Analysis of Volumes], in the catalog dated 1914, now in the Thyssen-Bornemisza Museum in Madrid, and Rougena Zátková, who studied with Giacomo Balla as a teacher during her stay in Rome at the beginning of the century.