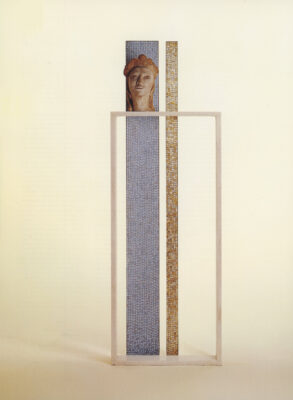 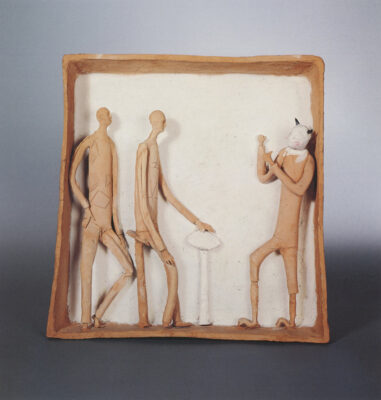 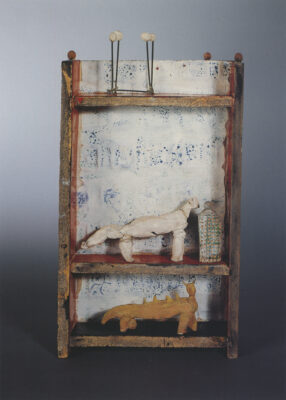 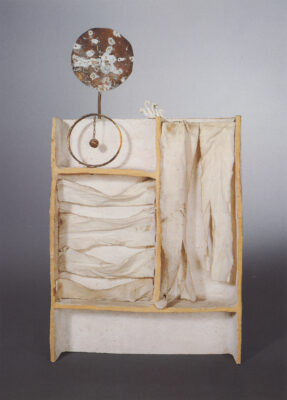 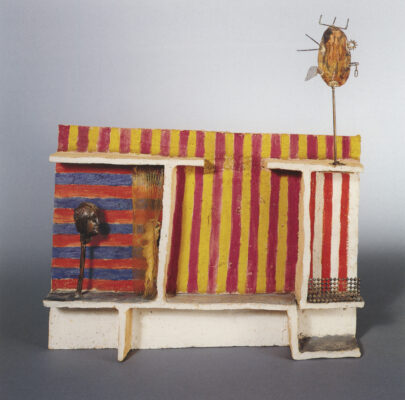 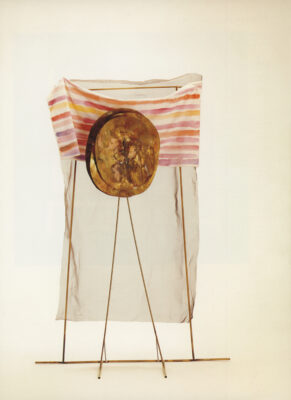 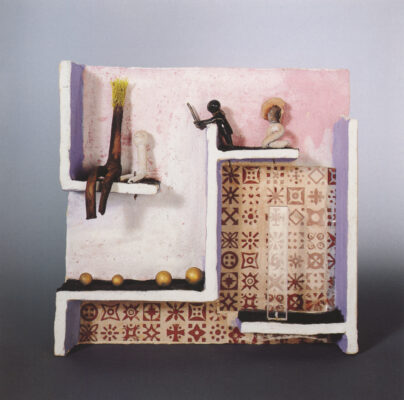 Since December 15, 1996, Galleria dello Scudo dedicated to Fausto Melotti an exhibition with a peculiar feature, centred on the theme of the "Teatrini", the fascinating terracotta compositions conceived as minute habitable spaces, inside which the artist mixes situations of meetings, presences, strange and absorbed life. The monographic exhibition, realized with the collaboration of the Archivio Fausto Melotti, Milan and under the patronage of the Municipality Department of Culture, City of Verona, is part of a calendar of initiatives which had the Milanese artist as a protagonist, culminated in 1995 in the wide retrospective curated by Germano Celant at the Julio GonzaIes Centre in Valencia.

With a selection of over fifty works, from public and private collections, the exhibition is strictly scientific in character, highlighting how the abstract purism of certain outcomes of the 1930s is transformed into a narrative dimension full of elements alluding to a more immediate reality.

Significant works document how starting from 1944, the year of the first theater, Solo coi cerchi, the structures marked by planes and walls, rendered in a deliberate formal simplicity, are often integrated by poor materials such as spheres, rods and chains, which find their equivalent in contemporary metallic works, of which they reflect the intense poetic character. Also through the titles the artist expresses a subtle and refined irony, which accompanies the inconsistent charm of the scenes, inhabited by bodies and grids as notes of an ideal score.

The itinerary is introduced by a work in marble and painted plaster, executed in 1933, in which the scenographic effect is the result of the union between the figurative element and instances of abstract matrix. Note also Lettera a Fontana (1944), a splendid ceramic, testimony of the relationship between the two artists, and Il diavolo tenta gli intellettuali (1945), a precise reference to the poetics of Arturo Martini. The investigation continues with Il sonno di Wotan (1951) and Angoscia (1961), both in the collection of the Museo d'Arte Moderna e Contemporanea di Trento e Rovereto, to end with L'acrobata si avvia (1985), the last theater made just before the death. Numerous bas-reliefs and some sculptures in harmony with the chosen theme will also be presented.

The exhibition was designed by Massimo Di Carlo, Francesco Sandroni and Massimo Simonetti. The construction of the exhibition and the choice of works are entrusted to Carlo Pirovano, authoritative art historian and scholar of Melotti's work. The catalog published for the occasion has its fundamental contribution and is enriched by precious critical interventions by Fabrizio D'Amico and Rudi Fuchs. The volume is accompanied by a comprehensive biography written by Laura Lorenzoni. 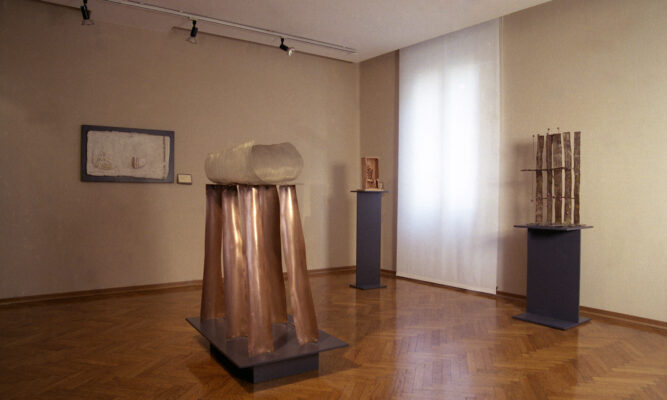 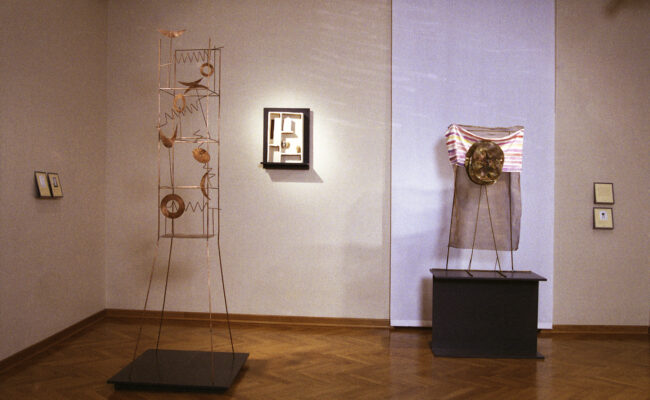 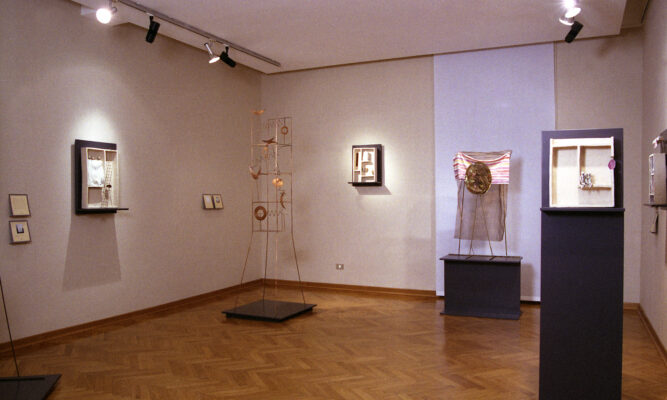 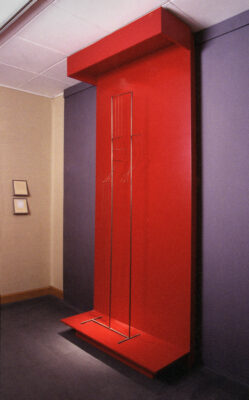 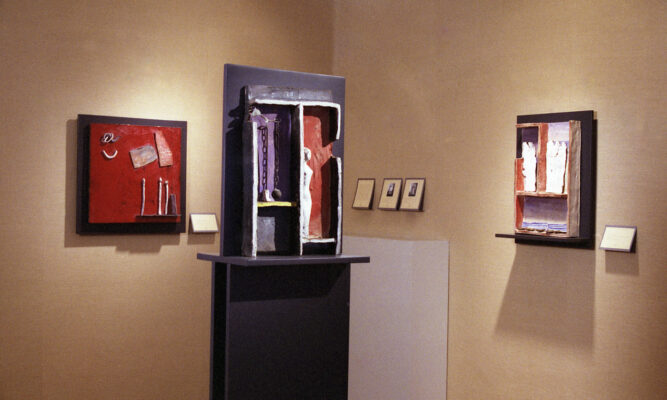 Fausto Melotti, born in Rovereto (Trento) in 1901, moved with his family to Florence, where he completed his secondary studies. In 1918 he enrolled in the Electrotechnical Engineering course of the Faculty of Physics and Mathematics of the University of Pisa and graduated in this discipline at Milan Polytechnic in 1924. Later he studied music and began to take an interest in sculpture: he attended the Turin studio of Pietro Canonica and enrolled at Brera Academy in the course held by Adolfo Wildt. Here he met Lucio Fontana, with whom he established a deep and lasting friendship.
↣ More info 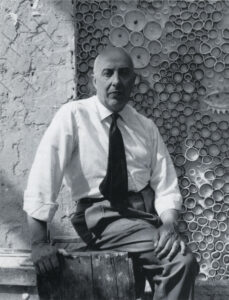