with photos by Claudio Abate 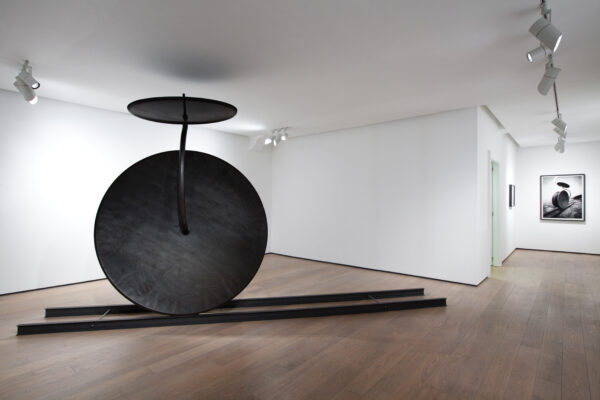 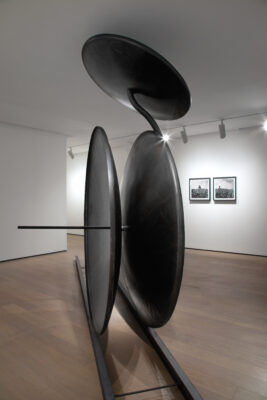 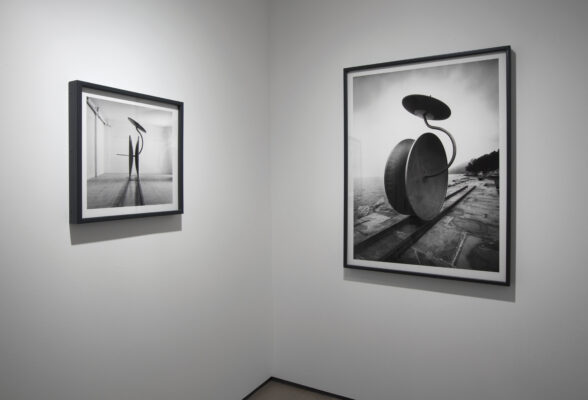 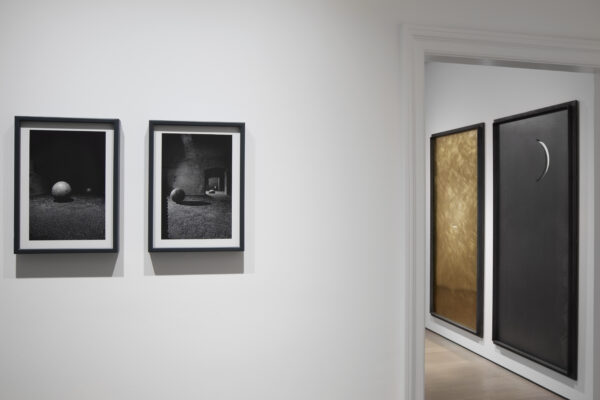 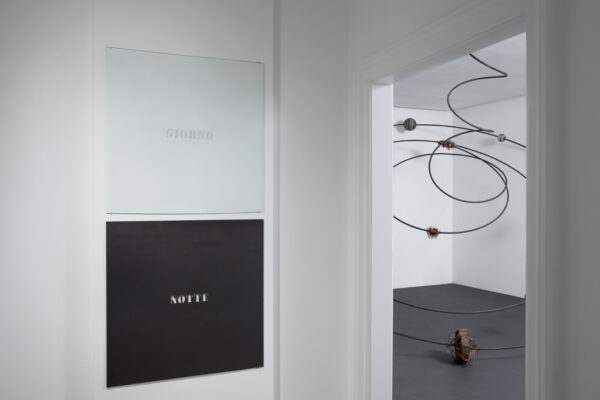 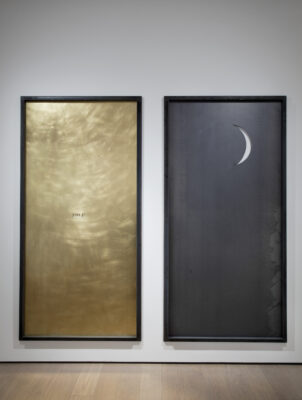 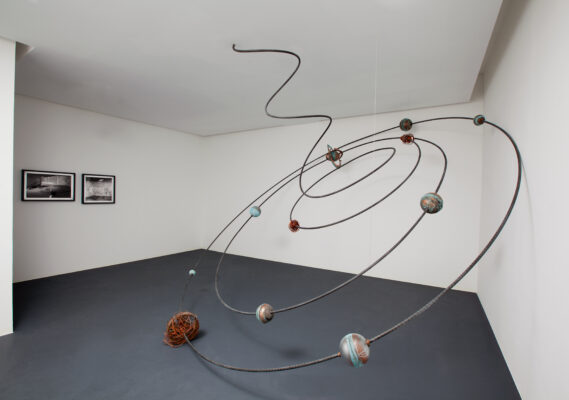 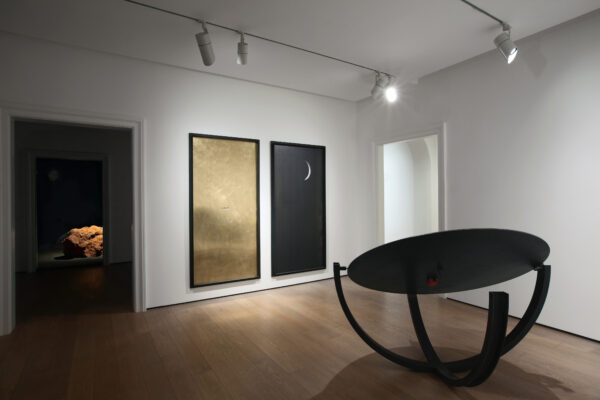 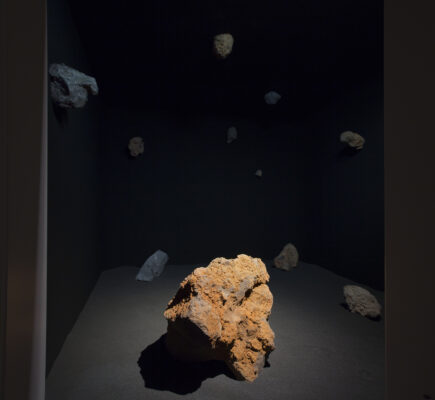 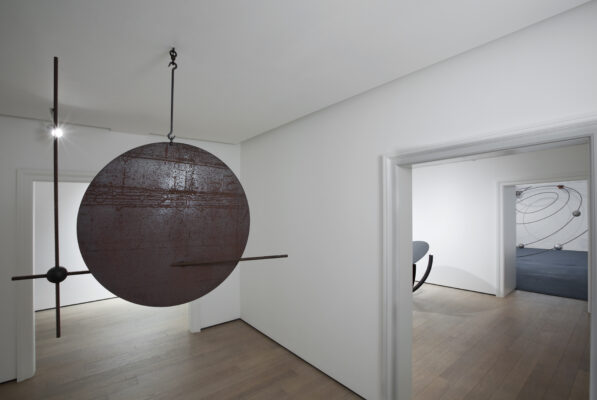 Cosmos, planets, and magnetic fields that join together to change matter have always had a profound influence on Eliseo Mattiacci's imaginings; they were already recurrent themes in his works dating from the early 1960s, such as those seen in his actions and installations in the Tartaruga and Attico galleries in Rome or in the Alexander Iolas galleries in Paris, Milan, and New York. Central to the artist's career at an international level were his solo shows in the 1972 and 1988 Venice biennales; his shows in the Kunstforum Städtische Galerie im Lanbachhaus, Munich, in 1984; in the Capodimonte museum, Naples, in 1991; in the Mercati di Traiano, Rome, in 2001; and his project Danza di astri e di stelle in Reggio Emilia, 2006, where he placed imposing sculptures in the open air.

After its site-specific show here in the winter of 2002, Galleria dello Scudo was once more paying tribute to Mattiacci by exhibiting from December 12, 2010 a selection of large-scale works created between 1976 and 2010, all based on the theme of possible relationships between the earth, space, and astronomic bodies: the centre of his interest for some thirty years. Fabbrica del cosmo had been and continued to be the imaginary place where the artist, continually renewing himself, captured forms and brings them to life through a constant dialogue with the elements of the universe and the forces that govern it.

The show opened with the Sole e luna, diptych. He began to plan this in 1976 when his work, still strongly conceptual, often alluded to ancient cultures. At its heart was the awareness that every creative thought and process was undertaken within the coordinates of day and night: "Life itself is the manifestation of an energy of which the sun, the moon, and the whole cosmos are the active dynamics; in fact, it was to these that ancient civilizations always turned, leaving imperishable demonstrations of man's relationships with the stars". (Bruno Corà, 1991).

His polyptych Predisporsi a un capolavoro cosmico astronomico (1981-1982), consisting of five large pieces on which were laid out, in apparent order, strips of torn paper on which were drawn swiftly moving planets and small satellites which shot in impossible trajectories across blue and pink skies and whose transparency was underlined by a refined frottage technique. "Mattiacci draws a lot. He goes ahead sequentially with an indecipherable yet precise internal order. He draws so that his voracious touch can spark off an exchange - even a physical one - between the paper, graphite, and colour (I have in mind … the early stages of Predisporsi a un capolavoro) … He draws what the works will or might be by suddenly extracting the sensorial impulse of materials, forms, and situations, though keeping unchanged, and finding it in the self-stabilizing speed of recording and metamorphosing, the overall and erratic value of this relationship, a relationship consisting of the moods, tastes, and blurs of a synthesis that is continually under attack. (Flaminio Gualdoni, 1985.)

During the 1980s Mattiacci once again took up his earliest themes and, now even more vigorously, launched his challenge to the laws of physics. The interest of these new works is to be found above all in the gap between the heaviness of the body and the lightness of the visual effect produced by this precarious combination. Just as in Sfera (1965), compact masses were replaced by a tangle of empty barbed wire, so in Cosmogonia (1985) the lightness at the heart of the composition was all-important. The large spiral - drawn by an iron tube that rised up from the ground to shoot towards the infinite in the confined space of a room - outlined the orbit of the planets in their perennial movement.

At the heart of the show was Carro solare del Montefeltro, the first work to be undertaken in the second half of the 1980s with the aim of codifying forms for establishing an ideal contact with the heavens. Rails support two large discs cut across by a beam that then curves upwards to support an alienating element, a third disc-like body with a smaller diameter, sloping transversally like a lightening rod. It points skywards as though waiting for a bolt of lightening to strike so as to use its energy, the energy that Mattiacci "feels around himself everywhere and with which, like few other sculptors of our times, he has learned to dialogue". (Fabrizio D'Amico, 2002.) If the movement is that of the first mythical chariot and of mankind's first steps, the origins of the underlying idea and iconography are to be found in Piero della Francesca's triumphal allegory in the background of his portrait of Duke Federico da Montefeltro. This large sculpture sums up the image of a secular procession and the sense of going beyond a defined space. In order to underline its strong symbolic import, Mattiacci decided to place it at the centre of one of the most prestigious rooms in the 1988 XLIII Venice Biennale, next to other similarly inspired sculptures, such as Lente solare (1987), and Esplorazione magnetica (1988).

The exhibition continued with works dating from the following decades. Collisione (1995-1996) contained particularly fascinating motifs that were to inspire such works for landscape and architectural settings as the huge suspended disc in his action/installation Un ascolto di vuoto in the Passo del Furlo, near Pesaro, in 1992, or the enormous Gong (1992-1993), that attracted attention in the Mercati di Traiano, Rome, in 2001. Scrutare il cosmo (2004) was once again a machine for capturing far distant signals. Tempo globale, (2004) renewed the challenge against the force of gravity by changing the weight of a heavenly body, orbiting in the nights of time, into something light and airy.

Ricerca intenzionale di meteoriti was chosen to round off the show. This was an installation created specifically for the exhibition. Blocks of lava of varying sizes were shown just as they were in nature, and so were not shaped by the hands of men. In a room immersed in sidereal darkness the blocks, chosen for the beauty of the reddish veining resulting from oxidation and clusters of minerals, became imaginary meteorites journeying through the void and held in metaphysical stillness.

The works were interspersed with photographs by Claudio Abate, one of the main protagonists of the contemporary art scene and the creator of memorable shots. These established a series of interactions with other works by Mattiacci that he had photographed, and they produced an original short-circuit between past and present. During the period of the exhibition the project of the monograph edited by Germano Celant was presented. The volume was later published by Skira in 2013. Through its exhaustive illustrations and documentation, it reconstructs the career and biography of Mattiacci.