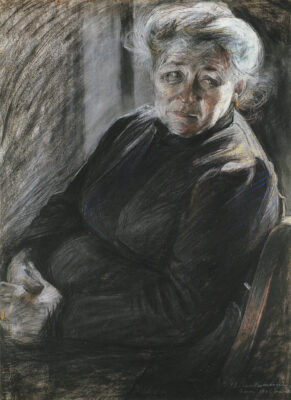 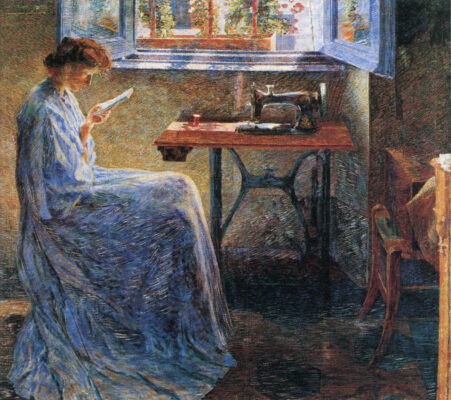 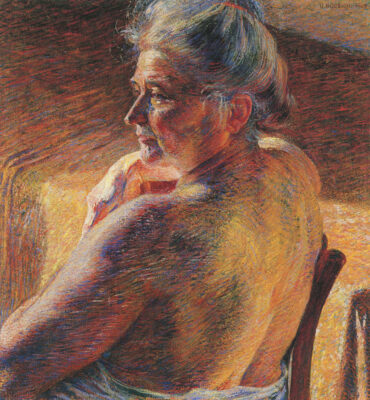 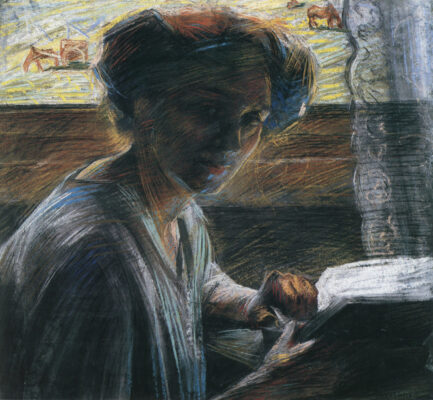 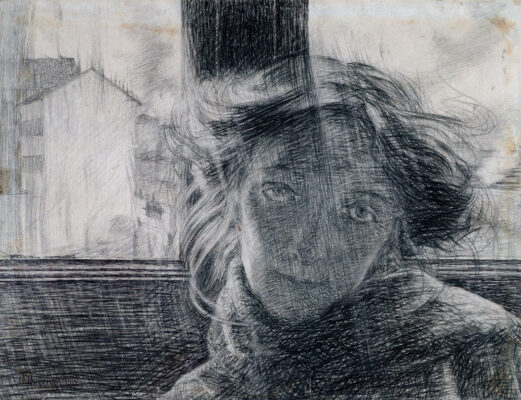 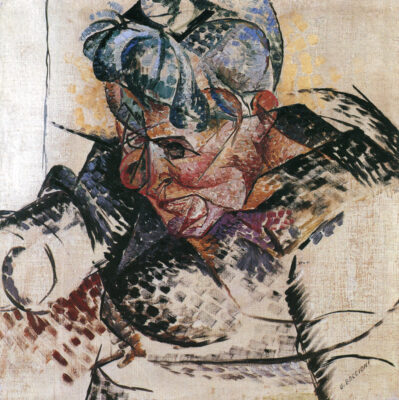 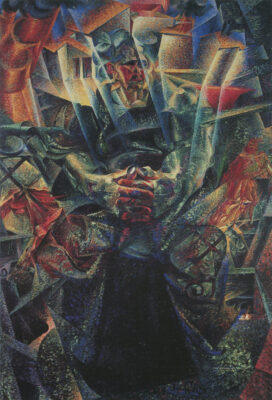 The figure and the work by Umberto Boccioni have always stimulated considerable interest in the international arena, as evidenced by the numerous retrospective exhibitions in Italy and abroad organized in the past. The exhibition with an original and particular point of view, inaugurated on December 8, 1991 at Galleria dello Scudo, realized under the patronage of the Regione del Veneto and the Municipality of Verona, proposes the specific analysis of one of the most significant paintings of Boccioni's futurist season, Materia (1912), a portrait of the mother which assumes the value of a universal creative force.

With a selection of divisionist works, flanked by futurist works and the entire series of preparatory drawings, the exhibition has a strictly scientific character, highlighting how Materia represents the extreme development of the studies on the lines-strength and the decomposition of the subject, addressed by the artist also in the sculptural field. Photographs and writings, some never before published, also documenting the process of Boccionian thought, reconstructing the artistic and cultural climate in those years in which, thanks to the exhibitions abroad, futuristic ideas compare themselves with the European context.

Among the works on display, realized between 1904 and 1912, emerge as a culmination of the divisionist research La signora Massimino and Romanzo di una cucitrice, both performed in 1908, in which the compositional scheme of the female figure in front of the window and the study of light in its multiple forms mark different moments of a path of investigation culminating with Materia.

The exhibition is introduced by the iconographic comparison with some examples from the past, such as La Madonna dei gigli (1893-94) by Gaetano Previati, belonging to the Civica Galleria d’Arte Moderna, Milan; it is closed by a nod to subsequent outcomes, such as Dimensioni astratte (1912) and Interno con due figure femminili (1915), both in the civic collections of Milan, works that mark the prelude to the developments in a Cézannian key. The exhibition gathered together numerous public loans coming from the Civico Gabinetto dei Disegni del Castello Sforzesco and from the Civico Museo d’Arte Contemporanea, Milan, and from the Galleria Internazionale d’Arte Moderna Ca’ Pesaro, Venice.

The exhibition is conceived and curated by Laura Mattioli, Massimo Di Carlo, and Massimo Simonetti. The catalogue, published by Mazzotta, contains numerous contributions that give an in-depth and interdisciplinary analysis of Materia: from a properly historical inquiry to the reconstruction of the artist’s critical success, from a psychoanalytic reading to the definition of perspective-spatial components. The authors are Marisa Dalai Emiliani, Sergio Marinelli, Antonello Negri, Fausto Petrella, Marco Rosci, Gianni Rossi, and Aurora Scotti. The volume includes the catalogue of the works, entrusted to Leonardo Capano, a biography by Francesco Sandroni and an anthology of writings and rare documents. 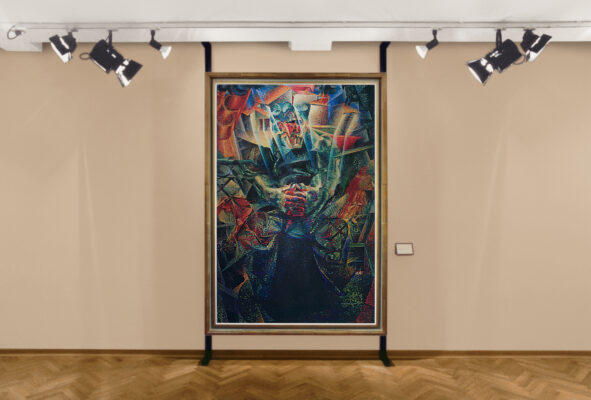 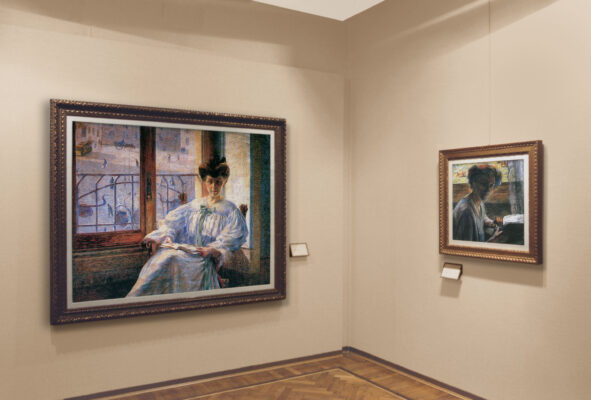 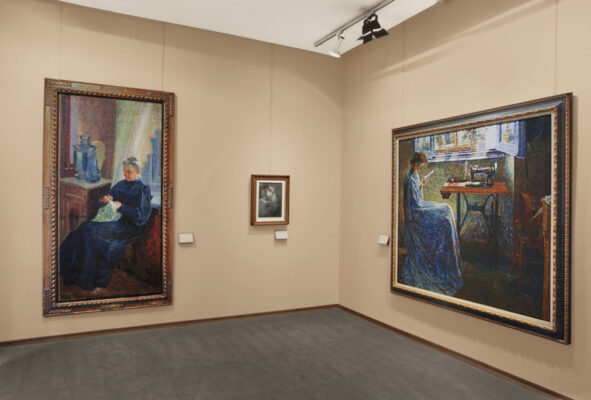 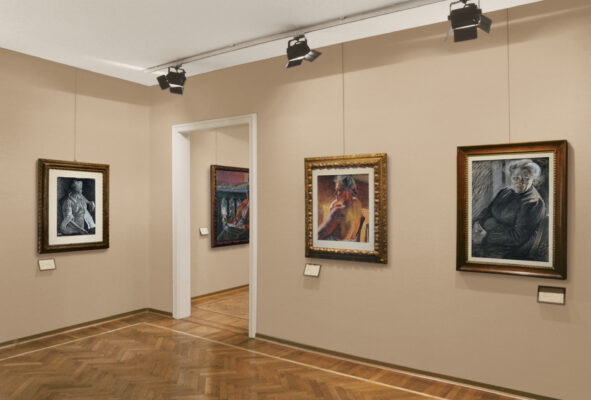 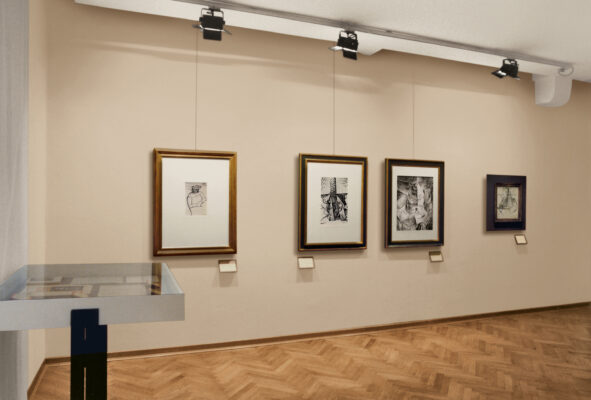 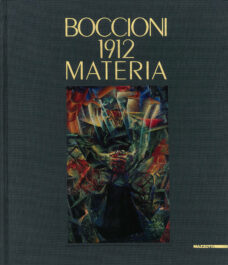 Umberto Boccioni was born in Reggio Calabria in 1882; his parents were from the Romagna region. As a result of continual changes of home (his father was employed by the prefecture), he went to school in Reggio Calabria and then Forlì, Genoa, Padua, and finally Catania where he gained a diploma from the technical college. He already showed a great interest in literature and, despite his low marks, in drawing too.
↣ More info 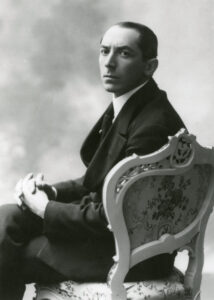