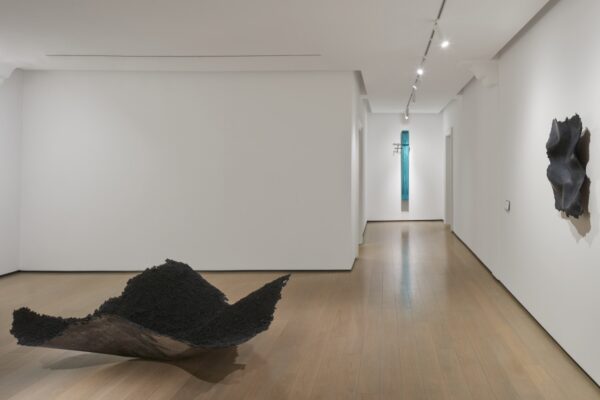 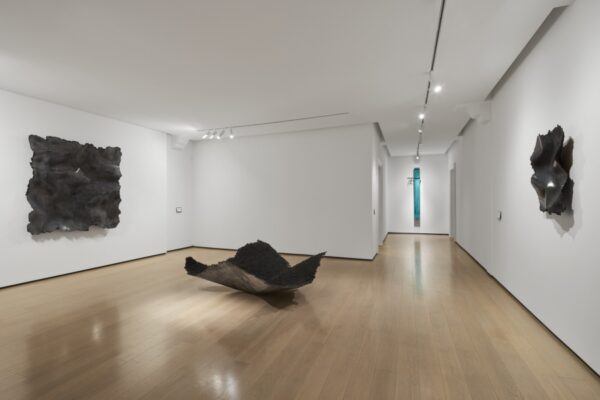 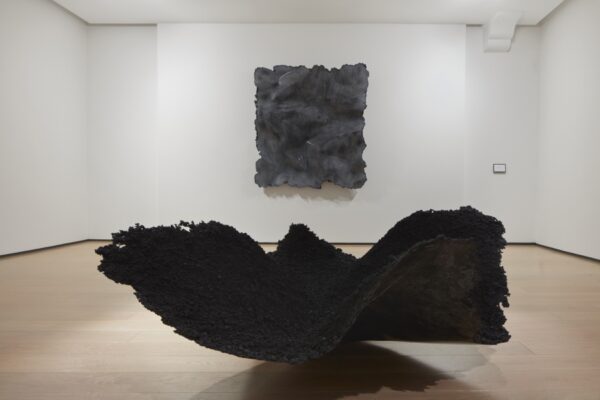 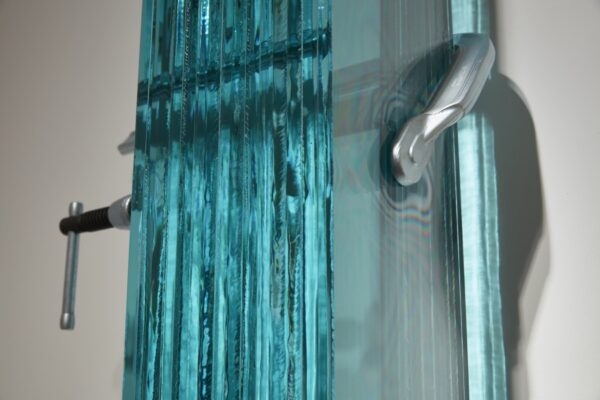 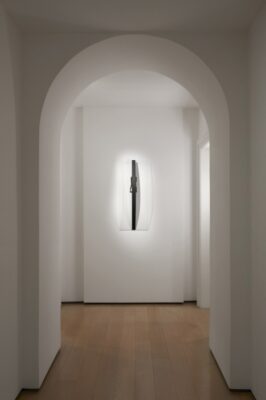 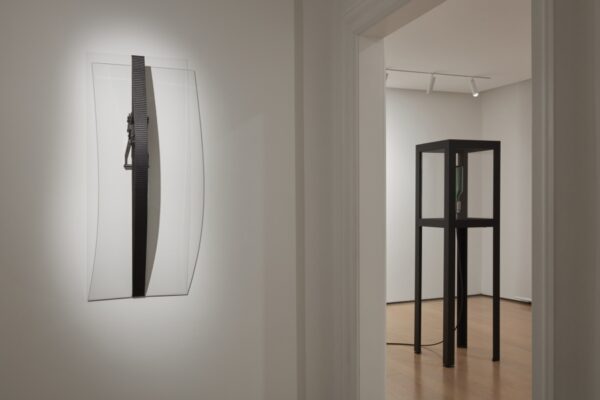 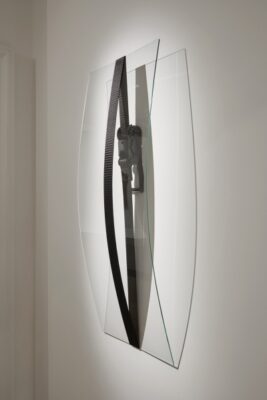 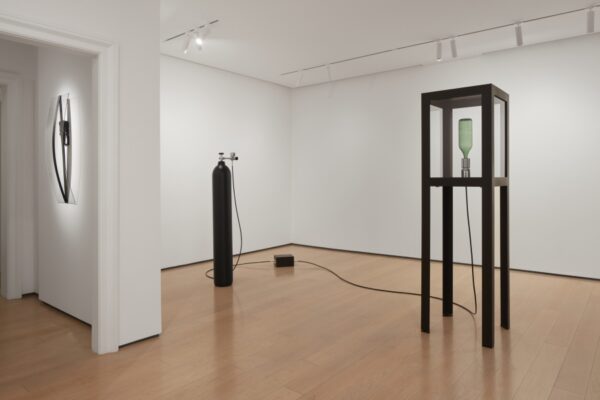 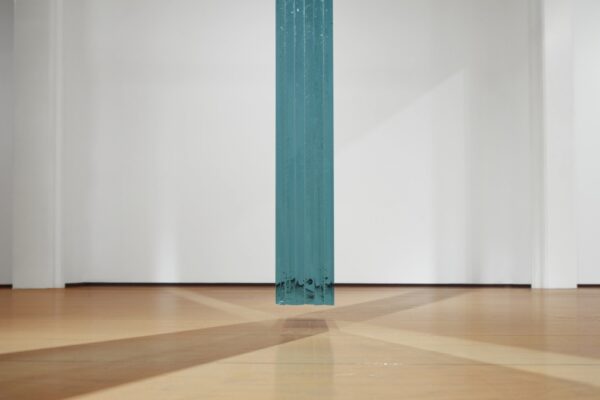 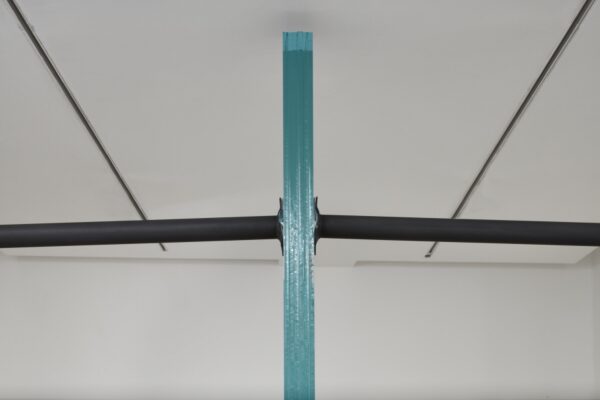 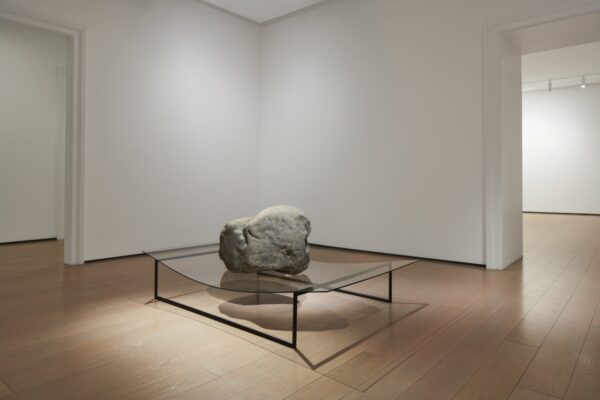 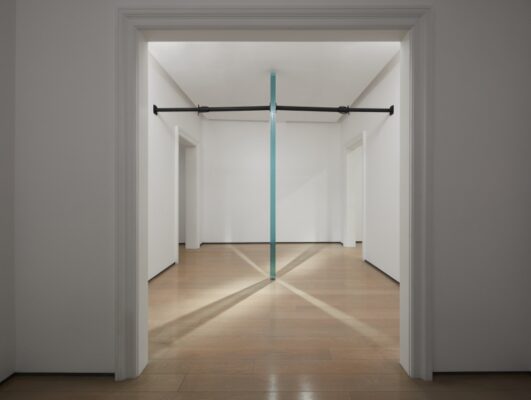 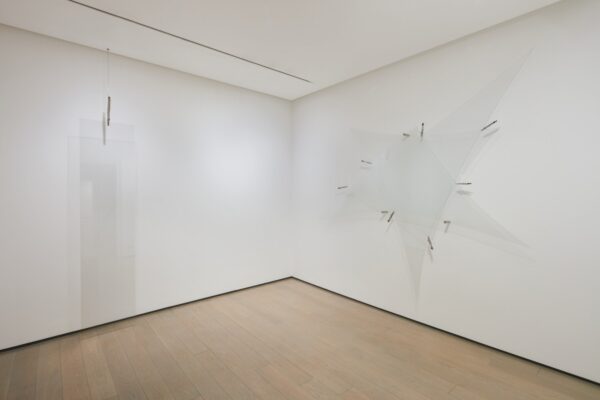 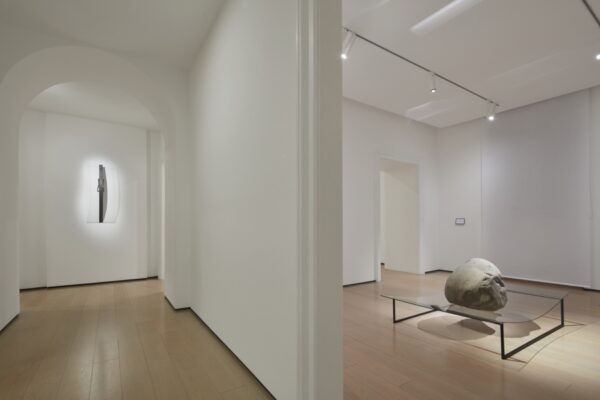 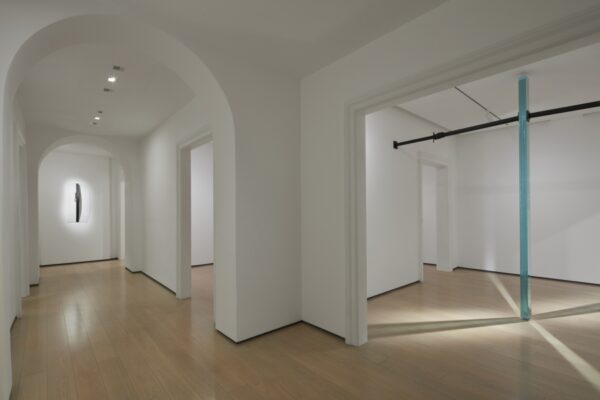 The work by Arcangelo Sassolino has its origins in the interpenetration of art and physics. His interest in mechanics and technology opens the way to new possible configurations of sculpture and to inquiries into the latent energies of material. Velocity, pressure, gravity, and tension create the bases of a rigorous art research, one always aimed at probing the final limits of resistance and of the point of no-return.
The works usually consist of devices that generate inorganic performances. They are animated, consumed, and live through the contrasts of intrinsic forces and conflicts by contemplating the risk of collapse as a basic part of experience. Through different states of material they affirm the concepts of transience, unpredictability, incompatibility, danger, and failure: all equally unavoidable aspects of the human condition.
In the solo show now opening in Verona, his first at the Galleria dello Scudo, Sassolino will be presenting a selection of works specifically created for the occasion, and in them there is evident the close relationship between results that are apparently incompatible for their typology but that, in fact, start out from a unitary path focused on the rethinking of the concept of fragility, a metaphor for existential transience. It is a consideration that strongly marks the artist’s most recent experimentation.

The show opens with the performative installation D.P.D.U.F.A. (Dilatazione Pneumatica Di Una Forza Attiva), now exhibited in its recent version. Placed inside a steel showcase and protected by polycarbonate sheets, a glass bottle is connected to a canister of nitrogen. The gas enters slowly. The pressure increases slowly until, at an unexpected moment, the glass explodes violently and disintegrates.
“I believe that by applying to material what physics defines as natural phenomena a new possibility can be given to sculpture. And if you want to get out something new from the solidity of certain materials, you must do so through machines with ‘muscles’. You cannot make a bottle explode by breathing into it through a straw used for sipping orange juice. These devices have to be constructed. They must be functional and secure”. These are some of the artist’s thoughts, that sum up the spirit from which gave these works their starting point. “The glass contains in itself a subtle threat. I used a bottle in all its basic banality in order to make it become the image of the sudden dangers of life. And not  to speak of the mystery of the transparent solidity of this material”.
La sola regola possibile, 2019, is a column that rises from the ground and consists of thick sheets of glass cut irregularly and held together with a steel grip that forces them into a single body, similarly to what happens in Qualcosa è cambiato from the same year, though this is hung on the wall. The compressing force exercised by the grip that holds them together and that unties them has to be so carefully calibrated as to sustain them without breaking them.
Chemistry considers glass to be a fluid, and as such it leads to a condition of temporal transience. This concept of precariousness can be found in Fragilissimo, a star that results from the superimposition of transparent sheets, broken and cutting, tied together by plastic ribbons or metal clamps. Everything has been thought out so as to allude to an apparently idle condition.
The show is also an occasion for redefining one of the most recent aspects of Sassolino’s art: the works in cement. They are the result of tearing material from a matrix. They answer to the aim of joining together the two-dimensional and the three-dimensional, painting and sculpture. On the one hand they show the violent gesture of throwing the material; on the other hand they contain in themselves the memory of an immaculate surface: “Only in the moment of tearing from the polycarbonate support is the outline formed”, says the artist, “and the smooth and polished surface is shown without any further intervention. This work for me is the feeling for a perimeter that is left unresolved”. It is a trespassing into space that, when the cement is thin and indented, reveals an attempt to expand the creative gesture towards the infinite, and unequivocally represents a distinctive aspect of the artist’s language.
La gravità genera la forma is the title of a series of recent works that are now presented to the public for the first time, conceived for being placed either on the wall or the floor. This is a further experiment that leads sculpture from time to time to take on a form determined by its weight: in other words, the quantity of material imposed on the matrix.
Incombente is also one of the new pieces in the Galleria dello Scudo show, a proof of the critical limits of a sheet of glass that, held by a metal frame, curves to the extreme point of resistance, deformed by the imposition of a large mass. The outcome is a constant feeling of suspense, generated by the perception of a fracture or an imminent collapse. The glass, immaterial in its transparency, bends dangerously under the force of gravity, revealing a surprising resistance. For Sassolino, to allow the emergence of the potential that is inside the material, “to draw out something new, to make it tell the truth”, can contribute to laying down the basis for a new aesthetics. To distort material and to make it spark off the unpredictable and, at the same time, to challenge its vulnerability, and to forcefully express its transience, anxiety, and fragility, are considerations that justify the provocation that Incombente stages.
For the occasion of this exhibition, the Galleria dello Scudo will be publishing a catalogue in Italian and English, introduced by an essay by Francesco Stocchi, curator for modern and contemporary art at the Museum Boijmans Van Beuningen, Rotterdam. In this essay will be outlined the developments in Sassolino’s art over the past three years, by highlighting the new elements with respect to his preceding work. The fully illustrated volume will be supplied with photos by Agostino Osio – Alto Piano, shot in the artist’s studio as well as inside the exhibition rooms in order to record the installation.