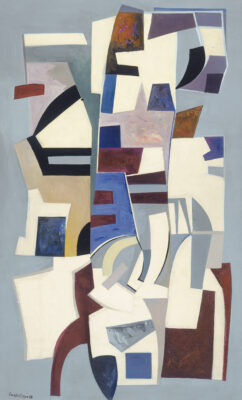 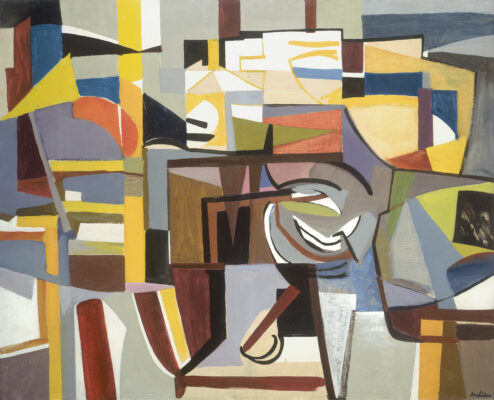 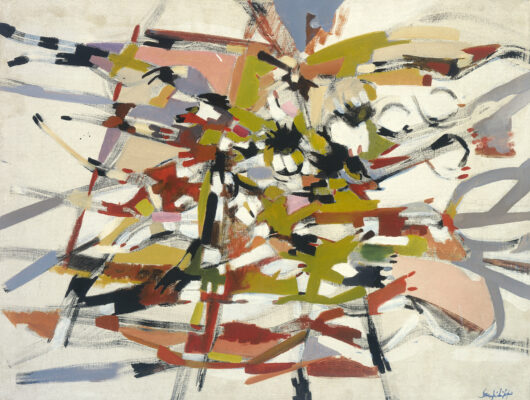 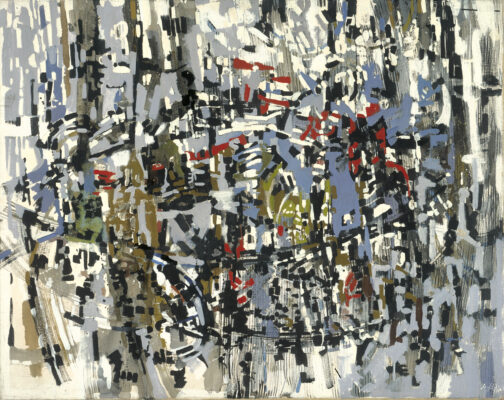 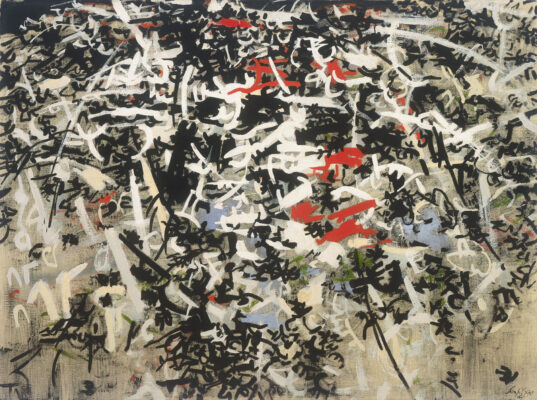 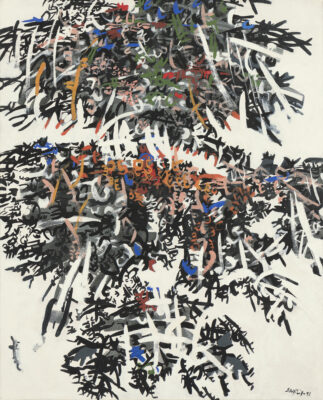 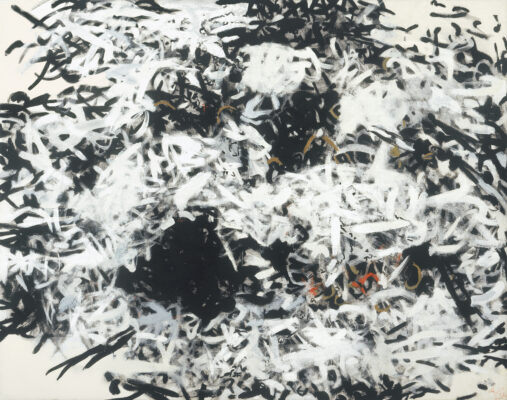 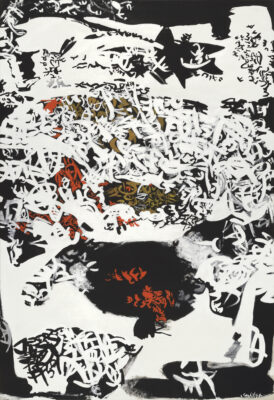 The show, organised in collaboration with the Accardi Sanfilippo Archive in Rome, brings together a selection of painting realised between 1951 and 1960, and chosen to illustrate the path followed by the artist who, after his first geometrical abstract works, arrived at the elaboration of his unmistakable "mark", one which both proliferates and yet is fully under control. Halfway through the 1950s, these works were in close harmony with Michel Tapié's art autre image culture, a poetics that at the time dominated the international art scene.

The title segno e immagine - Mark and Image, a quotation from a well-known essay by Cesare Brandi dating from 1960 - highlights the two elements that establish the fulcrum of Sanfilippo's art and which are always in a deep and indissoluble relationship with each other. Sanfilippo owed his early and already well-established reputation to his experiences in the Gruppo Forma milieu, the foundation of which he contributed to in Rome in 1947 together with many of those who were to be among the principle interpreters of the post-war renewal of Italian art, from Perilli to Dorazio, Turcato, Carla Accardi, and Consagra, at the time all of whom were undertaking a fruitful dialogue with Europe.

After this first, radical position, Sanfilippo constantly investigated the area of the abstract avant-garde, both Italian and European. Right from the 1940s he took part in the various activities of Jarema's and Prampolini's Art Club, and he flanked his former companions of Forma in the initiatives promoted by the Age d'Or gallery/bookshop, a place that proposed the most up-to-date publications about international experiments and where Sanfilippo, in 1951, held his first Roman solo show, presented by Cagli. In this period he was in contact with MAC in Milan and Gruppo Origine.

From 1952, when he began to investigate the potentiality of marks liberally applied on the canvas, he began his collaboration with the gallery owner Carlo Cardazzo, exhibiting first in the Galleria del Cavallino in Venice, and then in the Naviglio gallery in Milan. These were occasions that allowed him to measure himself against Spatialist researches and some of the exponents of Informale painting who, at the time, were close to Michel Tapié who, in 1956, was to welcome him among the protagonists of art autre. In 1958, after having presented Sanfilippo in a solo show in January in the Galleria d'Arte Selecta, Rome, Tapié invited him to exhibit in April in Osaka, together with Pollock, Kline, de Kooning, and the Japanese Gutai group.

His relationship with the international context was reinforced by his participation, from 1957 to 1958, in the Rome-New York Art Foundation - an important meeting point for artists, collectors, and of critics of the calibre of Herbert Read, James Johnson Sweeney, and Lionello Venturi - and, at the end of the decade, in shows in the New Vision Centre Gallery in London, a reference point for the most lively European avant-gardes, and for British and American collectors.

This exhibition, with its thirty-six works, is divided into three section that attest to this particular period of Sanfilippo's art, one on the cusp of his youthful aims, and the formal renewal and multiple expansion of his marks during the 1960s. The show opens with three works dating from 1951 in which we can note his progressive distancing from Neo-Cubist language and his shift towards a more radical abstraction of a Neo-Concrete kind. This was a change of direction recorded in Azzurro, one of the very earliest paintings from 1951, and chosen for the important exhibition Arte astratta e concreta in Italia-1951 held in the National Gallery of Modern Art in Rome.

Influenced by the mature work by Kandinsky and Hartung, in 1953 Sanfilippo freed his paintings from the rigidity of geometric forms to allow space for a more evident gestural handling that suddenly animated the surface of his canvases, as in the first Senza titolo, 1953. So, then, he had found his own highly original path. As is apparent in the other Senza titolo work, 1953, the use of a special brush allowed him to trace out in a single gesture a large network of parallel lines over the whole surface of the canvas, thus making the gestural weight that he was then bringing to bear on his painting part of a precise scheme.

The second section of the exhibition is introduced by Animale immaginario, 1955, which has been given the task of mediating between the thick textures of 1954 and the greater pinpointing of marks in the works from 1956 and the beginning of 1957. We can, in fact, see in it the first elaboration of those "galaxies" suspended in space that were to be characteristic of such later experiments as Rete complicata, 1957. It was then that Sanfilippo's particular gesture was defined, one that was equidistant from Capogrossi's monadic "construction stone" and the dry and bitter strokes of Carla Accardi. A language that, marked by a simplified colour range, aroused the interest and continued support of Michel Tapié.

The exhibition closes by documenting the last phase of the decade, when the composition was mainly organised along the canvas's vertical axis. Inside the excavated and emptied space, new celestial "figures" are embodied; they flare up and burn in explosions and cascades of light. And so in 1959 and 1960 his universe returned to saturating itself in a dense, dark colouring. Sanfilippo seems to approach the most dramatic and involving Italian Informale painting. This restlessness of his is translated into a mark that, threadlike, lengthens, flexes, and tangles; it is immersed in a vortex of tumultuous materials, as in Metamorfosi, 1960. Shortly after, still in 1960, that tangle was two break into two distinct bodies suspended in a rarefied atmosphere, as is demonstrated by the works in the final part of the show, which announce images that were to typify the successive decade.

For this occasion there was published a lavish volume published by Skira, with essays by Fabrizio D'Amico and Francesco Tedeschi, which, furthermore, reproduced a conversation between them concentrated on Sanfilippo's activism in the milieu of Gruppo Forms; this allow an outline of the premises behind his mature art, the object of this exhibition. In the "catalogue of works" section, each of the exhibited works will be critically analysed by Paola Bonani, who is also the author of the detailed biography which reconstructs the stimulating context in which the artist worked in those years; it also be backed by a collection of documents and photographs, in part never previously seen before, edited with the collaboration of Laura Lorenzoni. At the end of the catalogue there are a wide range of related materials, a list of solo exhibitions from 1950 to 1961 edited by Elena Dalla Costa, and an anthology of letters, reviews, and writings chosen to document Sanfilippo's relationships with the events and the people who marked his career over the decade. 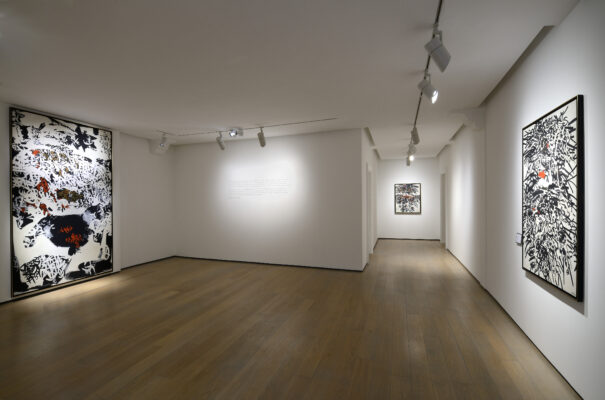 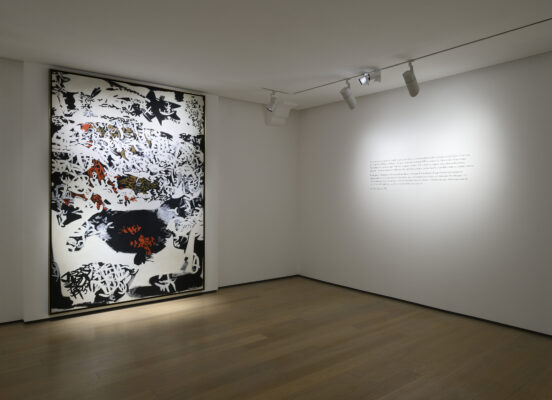 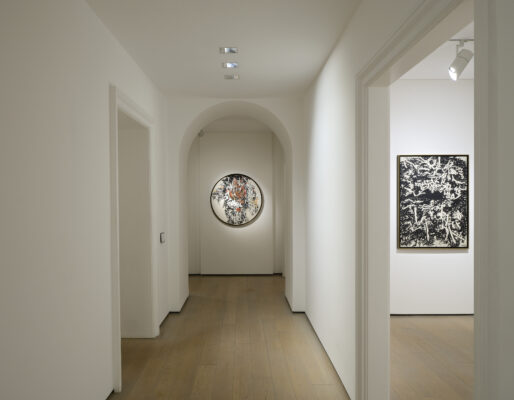 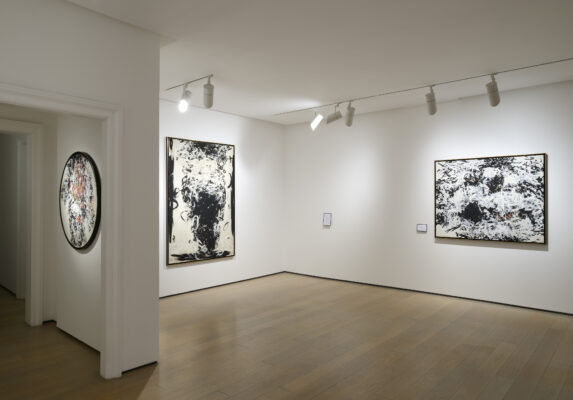 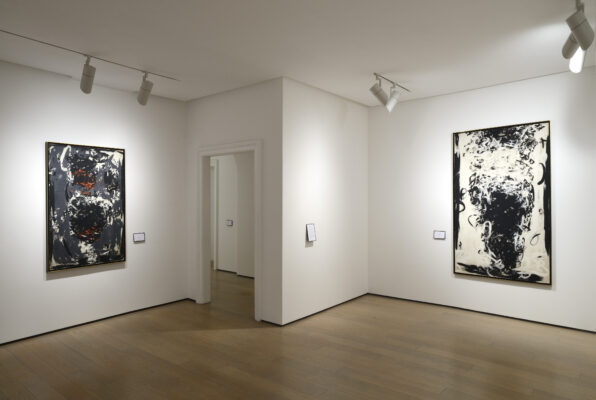 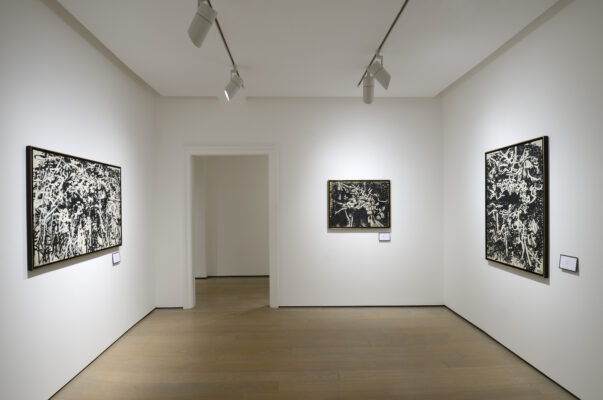 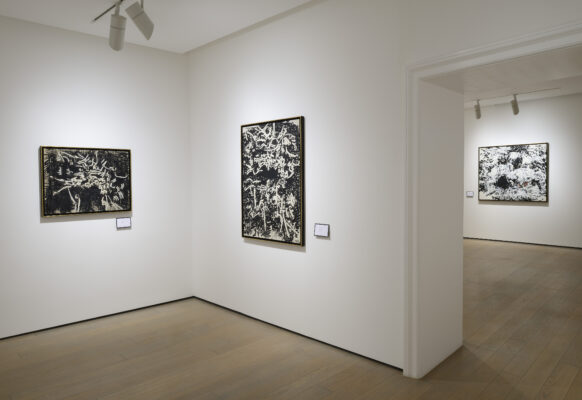 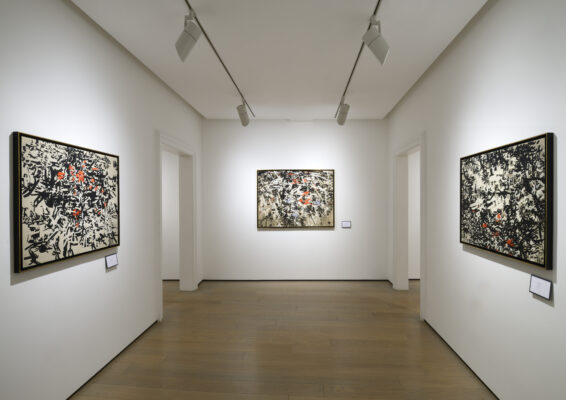 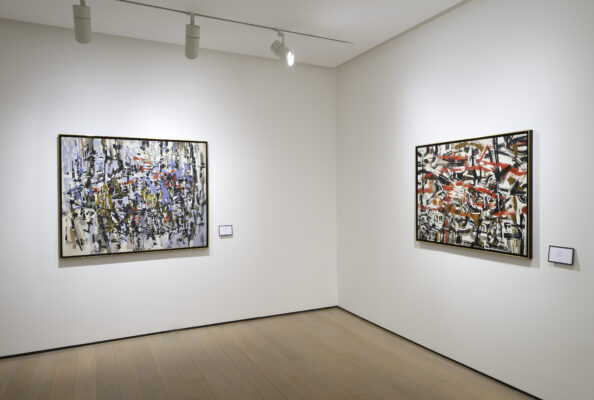 Antonio Sanfilippo was born in Partanna (Trapani, Sicily) in 1923. After his studies in the Palermo school of art, Sanfilippo finished his training in the academy of arts in Florence. In 1946 he settled in Rome and, in 1947, together with Accardi, Attardi, Consagra, Dorazio, Guerrini, Perilli, Turcato, and Maugeri, he founded the “Forma” art movement. In 1948 he exhibited in the Venice Biennale where he was to return in 1954, 1964, and in 1966 when he had a room to himself.
↣ More info 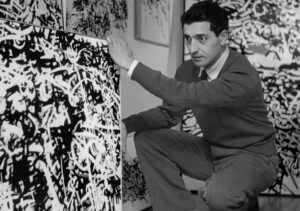