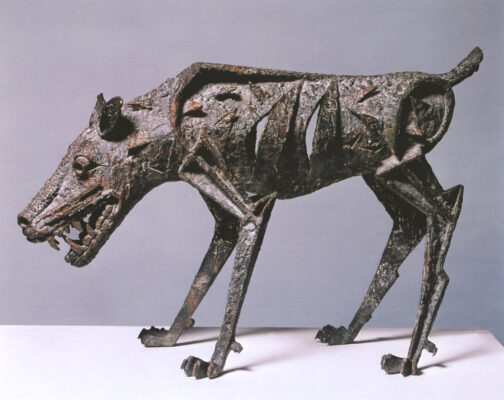 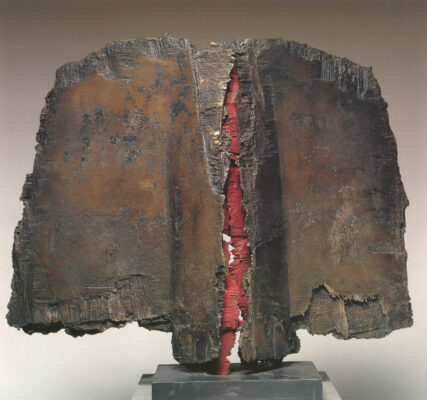 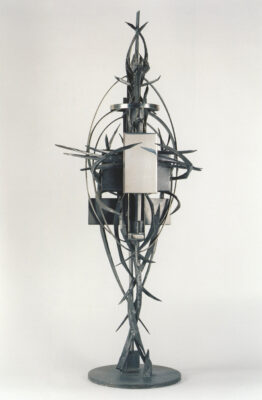 Agenore Fabbri's solo exhibition scheduled at the Galleria dello Scudo from February 22, 1969 documents the Tuscan artist's plastic research in the 1950s and 1960s. After the youthful commitment that saw him, among other things, in the 1930s active in Albisola, where he first came into contact with Arturo Martini and then with Lucio Fontana, with whom he began a friendship destined to last a lifetime, in after the Second World War it becomes a constant presence in the artistic context, not only national. In 1956 he made a trip of over three months to China, where he exhibited some of his works in Beijing and in other cities of the country. Since then, his exhibition path continues with participation in the Venice Biennials of 1952 and 1960 (both with a personal section), those of Sao Paulo in Brazil, and numerous exhibitions: in the United States, in New York, Philadelphia and Boston, then in Europe, from London, Paris and Stockholm to Antwerp, Madrid, Zurich, Munich and Athens, just to name a few. And it is precisely to the most intense season of his expressive research that the Veronese exhibition focuses.

The bronze and iron sculptures made between 1952 and 1968 exhibited for the occasion, flanked by some works in polychrome wood, document the artist's expressive repertoire, resulting from the constant perception of a reality torn apart by tragedy. “Fabbri's characters become more symbolic, but only because reality is allusive and elusive, corroded and consumed, more inhuman and unnatural: man of tomorrow, atomized bird, the scream, Hiroshima man. But, in turn, the atomic bomb is a reference to other worlds, to a world that after the explosion will no longer be our usual landscape, but the lava, acrid atlas of the lunar, Martian and Lacerations characters and of the Ruptures”, this is the Salvatore Quasimodo’s comment in the text in the catalog. 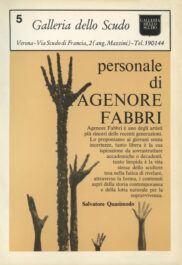