Piero Dorazio was born in Rome on June 29, 1927. He studied at the Liceo Classico high school. In 1942–43, through his schoolmate Angiolo Bandinelli, he began attending the studio of his father, the painter Aldo Bandinelli, and painting still lifes and landscapes while studying art history. After the end of World War II, he continued his studies at the School of Architecture, the University of Rome “La Sapienza,” which he would ultimately abandon.

In 1945 – together with Achille Perilli, Mino Guerrini, Lucio Manisco, Carlo Aymonino, Carlo Busiri Vici, Alfio Barbagallo, and Renzo Vespignani – he founded the Gruppo Ariete and later the Gruppo Arte Sociale. In 1947, with Giulio Turcato, Concetto Maugeri, Antonio Sanfilippo, and Carla Accardi, he founded the Forma 1 group, publishing the collective’s manifesto in the eponymous magazine. That same year he traveled to Paris for the first time where he met, thanks to Gino Severini, key international artists including Georges Braque, Fernand Léger, Hans Arp, and Alberto Magnelli. In 1948, he exhibited at the Quadriennale of Rome and at the Salon des réalités nouvelles in Paris. In Rome, together with Atanasio Soldati and Ettore Sottsass, he organized the exhibition Arte astratta in Italia.

In 1950, Dorazio, Perilli, and Guerrini opened the “L’Age d’Or,” a library-gallery on Via del Babuino in Rome, specializing in the distribution of avant-garde books and magazines and abstract art exhibitions, which immediately became a point of reference for Roman and international culture. In 1951, with Ettore Colla and Alberto Burri, he founded the Fondazione Origine which he later left in 1954. In 1953, he was invited to Harvard University to participate in an international seminar on humanism and the arts. He then moved to New York where he befriended several American artists. He presented his first exhibition in New York at George Wittenborn’s One-wall Gallery, and later, in April 1954, at Rose Fried Gallery. Back in Italy, in 1955 he published La fantasia dell’arte nella vita moderna, which he had worked on for three years. It is a compendium of modern trends in visual arts and was the first book of its kind in Italy. In 1957, he presented his first solo exhibition in Rome at the La Tartaruga Gallery. In 1956 and 1958, he participated in the Venice Biennale where, in 1960, he contributed with a large solo room. That same year he returned to the United States, to the University of Pennsylvania, Philadelphia, where he was hired to reorganize and direct the faculty of Fine Arts. He would teach here for the next ten years, one semester each year. In 1959, he participated in Documenta 2 in Kassel.

During the 1960s his work was often included in major group exhibitions in Italy and internationally. In 1961, he received the Prix Kandinsky and the Paris Biennale Prize (one million francs which he refused as a sign of protest against French politics in Algeria). In 1962, he was invited to join the Group Zero, taking part in numerous exhibitions and publications, and in 1965, he was present in the exhibition The Responsive Eye at MoMA in New York. In 1966, he held a second solo exhibition at the Venice Biennale and the following year he collaborated with Giuseppe Ungaretti on the book La Luce (a collection of 20 poems with 14 large lithographs) for Im Erker Gallery in St. Gallen, Switzerland. In 1968, Dorazio moved to Berlin for six months, invited by the German Academy. In Rome and Berlin, he actively participated in the revolt of the student movement.
In 1969, he moved to the countryside near Rome and devoted most of his time to painting.

During the 1970s he worked on numerous solo exhibitions and traveled to Greece, the Middle East, and Africa, moving to Todi in 1974 where he would definitively establish his home and studio in Canonica, in a restored former Camaldolese convent. He worked on set and costume designs for La Scala Theater in Milan in addition to prints and engravings. In 1977, the publisher Alfieri issued a monograph with a contribution to his catalog raisonné, and in 1979, his first retrospective took place in France at the Musée d’Art Moderne de la Ville de Paris. The exhibition was then presented at the Albright-Knox Art Gallery in Buffalo and at numerous other museums in the United States.

In the 1980s, he continued to paint tirelessly and fostered friendships with many artists and representatives of Italian and international culture and politics. He participated very actively in the Italian cultural debate in newspapers and magazines, and started to write for Corriere della Sera.
In 1983, he held a retrospective of his work at the Galleria Nazionale d’Arte Moderna in Rome and participated, with a selection of works, in the exhibition Italian Art 1960–1980 at the Hayward Gallery in London. In 1986, he received the Accademia di San Luca Prize and in 1988, he had a solo room at the Venice Biennale.

During the 1990s his work was featured in major solo exhibitions at the Musée de Grenoble (1990), at the Galleria Civica in Bologna (1991), at the Civic Museum in Athens (1994), and at the PAC in Milan (1988). In 1990, he received the Alcide de Gasperi Prize for Arts and Sciences and in 1993, he was appointed member of the Akademie der Künste in Berlin. In 1997, he received the Michelangelo Prize from the Accademia dei virtuosi del Pantheon. Between 1994 and 1996 he supervised the creation of artist mosaics in Rome’s metro stations, executing one for the “Colosseo” station.

In 2000, the Achim Moeller Gallery in New York presented an exhibition of his works from the 1950s and he received the Scipione Prize from the Carima Foundation in Macerata.
In 2001, the exhibition Dorazio Jazz was inaugurated at Museion in Bolzano and in 2003, a retrospective exhibition was held at the IVAM - Institut Valencia d’Art Modern in Valencia. Piero Dorazio died in Perugia on May 17, 2005. 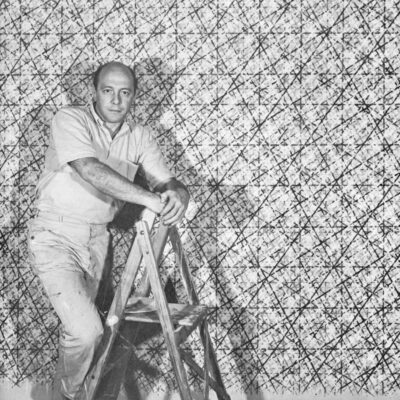 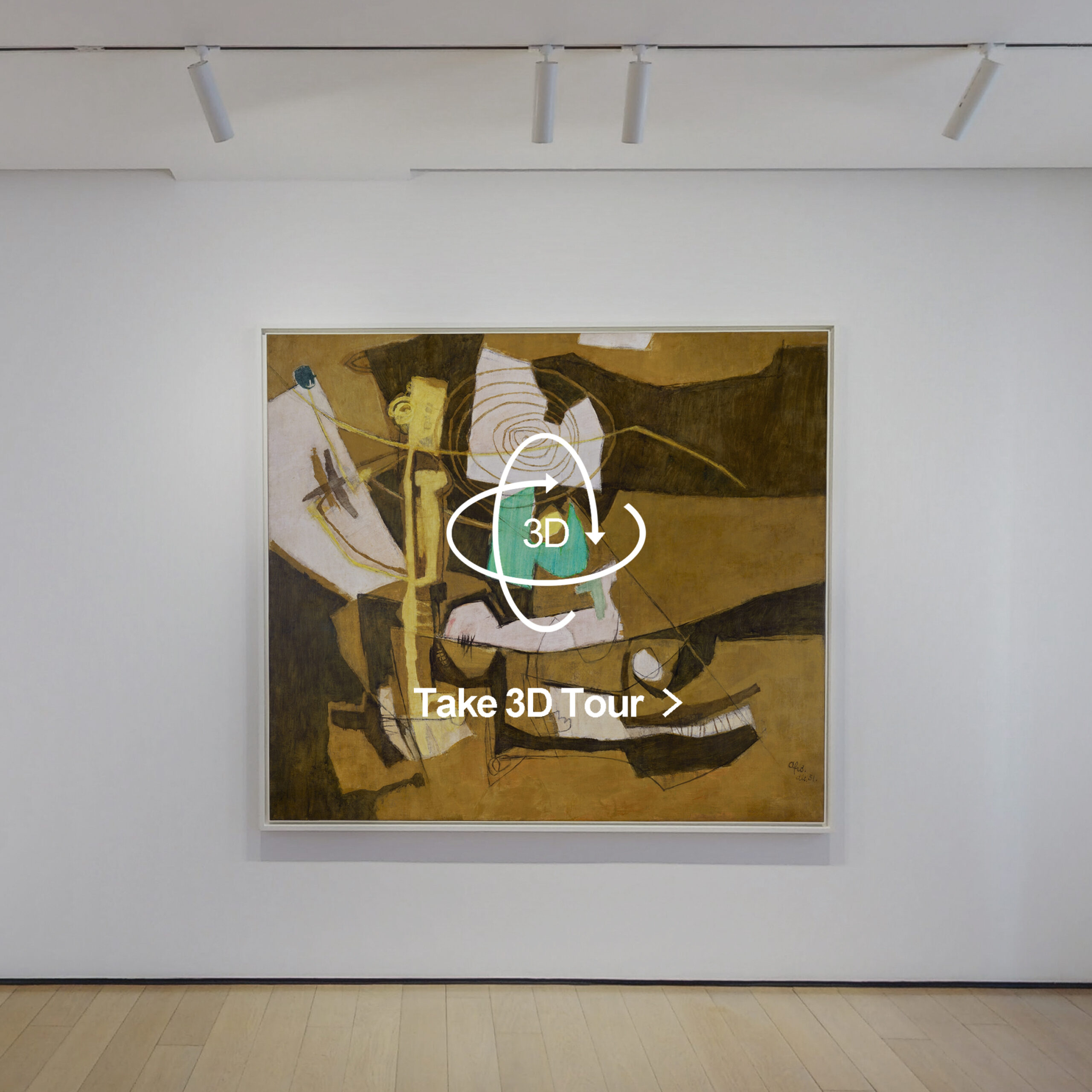