Nunzio was born in 1954. From his first shows in the eighties in the Attico gallery, Rome, and the Annina Nosei gallery, New York, to his most recent show from January to April 2005, MACRO, Rome, Nunzio’s work has always been marked both by its use of such assorted materials as plaster, wood, and lead, and by its relevance to the surrounding environment. His interests tend towards a basic and pared-down harmony through a synthesis of forms and the proportions of their parts. Furthermore, his work shows many narrative allusions to literature, history, or his personal life. Examples of all this are Odissea, one of the works shown in the Aperto ’86 section of the 42nd Venice Biennale and inspired by part of Dante’s Pugatorio, and Siskur, the title of a solo show in the Galleria dell’Oca, Rome in 2003, taken from a novel by Melville with the precise aim of alluding to the idea of an infinite journey, a metaphor for the artist’s experience when approaching new possibilities. His notoriety in the international context is confirmed by various premiums obtained during his career and from the participation to important exhibitions in public museums such as 1960-1985. Aspekte der italienischen Kunst (Frankfurt, Berlin, Hannover, Bregenz, Vienna, 1986), The Sixth Biennale of Sydney (Sydney, 1986), Prospect 89 (Frankfurt, 1989), La otra escultura. Treinta años de escultura italiana (Madrid, Barcelona, Darmstadt, 1990), The Italian sculpture of the XX century (Yokohama, Kagoshima, Ibaraki, Sapporo, Shimane, 2002) or Italia Contemporanea. Officina San Lorenzo at MART- Museo di arte moderna e contemporanea di Trento e Rovereto in 2009. Fire-blackened wood is the material he prefers to use for constructing the works, always deeply involved in a dialogue with the surrounding architecture. In some of his sculptures the circular line becomes a metaphor for the force that a mark can express when delimiting an area of shadow that both attracts and imprisons the viewer. Charcoal drawings on Japanese paper, as much as in his plastic experiments, demonstrate that Nunzio inevitably sublimates the linear elements that lie at the heart of his expression. So in some of them the exaggeratedly curved lines mark out the rhythm of a continually evolving plastic research. 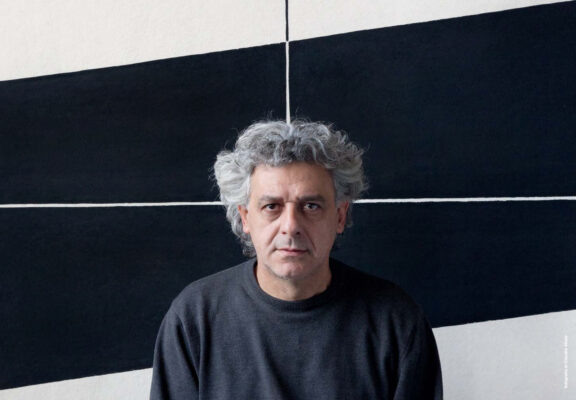 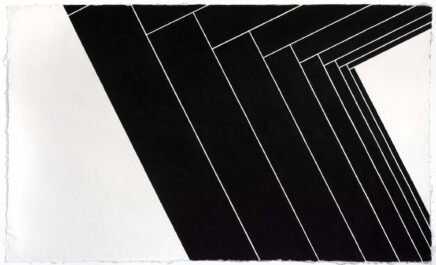 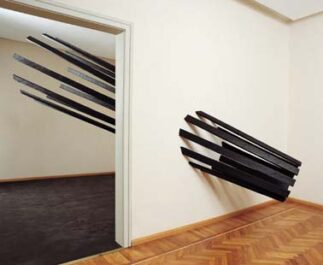 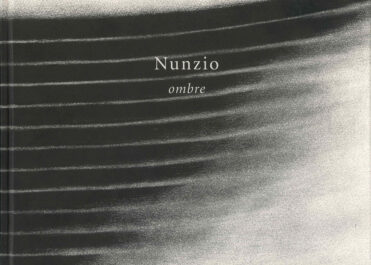