Max Ihlenfeld, later known as Massimo Campigli, was born in Berlin in 1895. After having spent his childhood in Florence, in 1909 he moved with his family to Milan, where he came into contact with Futurist groups. In the first youth he manifests literary rather than pictorial propensities; a paper of his, entitled “Giornale + Strada. Parole in libertà” was published in Lacerba in 1914. During thr first World War he felt prisoner and was deported to Hungary. In 1919 he was sent to Paris as a correspondent of the Corriere della Sera and here he began his artistic career; in the first hard years spent in the France, Campigli alternates the profession of journalist with that of painter.

His first exhibition was held in Rome at the Galleria Bragaglia in 1923. During the period of training he denies Futurism and approaches Cubism, from which derived the taste for a rigid geometrization of the figures. He moves, as a self-taught, among the most diverse experiences, trying to combine them. Strongly influenced by Egyptian art, which had fascinated him since he was a child, he is sensitive to the suggestions of contemporary painting, from Léger to Ozenfant to Carrà and to Picasso. In Paris he came into contact with the nine-hundred-century circles and joined the group of "Italiens de Paris".

In 1928, he returned back to Rome for a short stay; he discovered Etruscan art at the Museum of Villa Giulia, which struck him like a electrocution. He denies previous research and inaugurates his typical way, to which he remained faithful to the end: canvases with earthy colors, dominated by female presences of archaic evocation. In the same year he was invited to exhibit at the Venice Biennale thirteen works. The following year he took part in the second exhibition of Italian artists in Geneva and held a successful solo show at the Galerie Bucher in Paris: the paintings on display were all purchased by museums and private collectors. Thanks to the success achieved, he inaugurated a series of exhibitions in Italy and abroad: from the Galleria del Milione in Milan (1931) to the Jiulien Levy Gallery in New York (1932), at the Hasefer in Bucharest (1932).

The painter remained in Paris until 1933, when the serious economic crisis that then affected Europe forced him to re-join Milan. Here he signed, in December, the Manifesto della pittura murale with Sironi, Carrà and Funi and, with the (now lost) wall decoration of the Palazzo dell'Arte, began an intense activity as a frescoer. In 1934 he painted Le bagnanti and Le spose dei marinai, successfully exhibited at the Quadriennale in Rome. Three years later he performed the fresco I costruttori for the Palazzo di Giustizia in Milan, as well as painting for the wall of the Italian pavilion at the Venetian Biennale. In 1938 a commission formed by Carlo Anti, rector of the University of Padua, Giuseppe Fiocco and Giò Ponti, approved his sketch for the decoration of the Liviano atrium, seat of the Faculty of Letters and Philosophy. The following year, in just five months, Campigli completed the great fresco. During the war he lived between Venice and Milan.

In 1946 he exhibited sixty works at the Stedelijk Museum in Amsterdam (which has eight of his paintings). At the 1948 Venice Biennale he was dedicated a room where twenty-two paintings were gathered together. In the second post-war period the importance recognized in Campigli as a leading exponent of Italian painting is attested by a long series of exhibitions in prestigious venues: Galerie de France, Paris (1949); St. George Gallery, London (1950); Palazzo Strozzi, Florence (1953); Civica Galleria di Arte Moderna, Turin (1960), up to the great anthology set up in Palazzo Reale, Milan (1967). From 1949 onwards he continuously dedicated himself to painting, alternating his stays, in Paris, Milan, Rome and Saint Tropez, where he died in 1971. 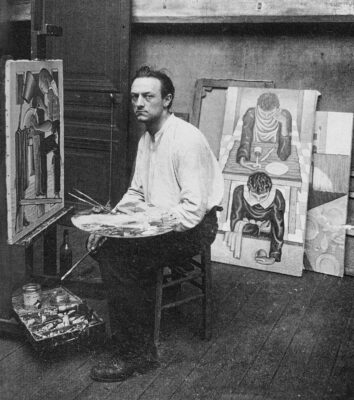 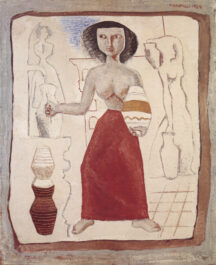 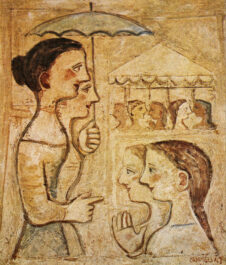 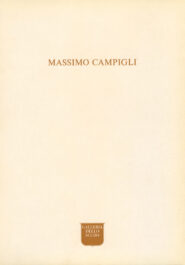 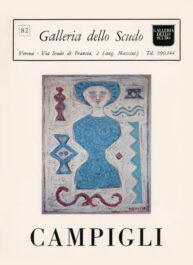