Mario Cavaglieri, born in 1887 in Rovigo into a rich Jewish family, originally from Venice, from 1900 to 1907 he lived in Padua where he finished high school and frequented the studio of Giovanni Vianello, where he came to know Felice Casorati. In 1909 he participated in an exhibition at Ca’ Pesaro, where he was to return in 1910, 1912 (with nineteen works), 1913, and 1925. After his first trip to Paris in 1911, Cavaglieri was also frequently to be seen at the Venice Biennales (from 1912 to 1924, and in other editions until 1957).

In 1912 he met Giulietta Catellini, the model for and inspiration behind many of his works and who was to become his wife in 1921. There followed years of happiness, both in his life and work, and his painting had a great success; critics, in fact, considered his years of greatest creativity to have been between 1909 and 1925.

At the time he lived in both the Veneto region and in Rome where, on the occasion of a solo show held in 1919, together with Hans Stoltenberg-Lerche, at the Casa Cagiati, he attracted the attention of Robert Longhi who spoke of him in glowing terms. His next solo show, held in 1920 at the Galleria Pesaro, Milan, together with Hans Stoltenberg-Lerche and Alberto Martini, had a catalogue presentation by Vittorio Pica.

After having lived in Paicenza from 1922 to 1925, he moved to France, to the beautiful Peyloubère district of Gascony in the Auch area, a short distance from Pavie-sur-Gers. From then until 1940, the year he returned to Italy, Cavaglieri alternated his stays in Gascony and Paris. After six years in Italy, during the Second World War, Cavaglieri returned to France and frequently went to Paris. And it was in France that he had numerous shows: he exhibited at the Salon d’Automne (from 1926 onwards) and at the Salon des Indépendents (from 1927 onwards), Paris; at the Salon des Artistes Méridionaux, Toulouse (from 1929 onwards); at the Salon des Artistes Gascons, Auch ((from 1949 onwards).

In Italy, in 1953, a large show of his work was held at the Strozzina in Florence, championed by Carlo Ludovico Ragghianti and presented by Giuseppe Raimondi. He was then brought once again to the attention of the Italian public as part of the Florentine exhibition Arte moderna in Italia 1915-1935 at Palazzo Strozzi, curated by Ragghianti: the artist was represented by fourteen works. After that Cavaglieri’s success with the critics entered a second important phase, one testified to, besides his solo shows, by monographs and his inclusion in such important exhibitions of Italian art as La Metafisica: gli anni Venti (Galleria d’Arte Moderna, Bologna, 1980), Venezia, gli anni di Ca’ Pesaro 1908-1920 (Museo Correr, Venice, 1987), Gardens and Ghettos: The Art of Jewish Life in Italy (The Jewish Museum, New York, 1989), L’Espressionismo italiano (Milan, 1990). Cavaglieri died in Peyloubère par-Pavie in 1969. 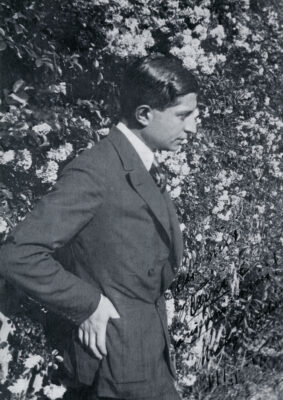