Leoncillo Leonardi, born in Spoleto in 1915, is one of the most important European sculptors of the post-war period. He had the great merit of revitalizing such an ancient Italian artisanal tradition as that of ceramics. He won the gold medal for applied art at the7th Milan Triennial in 1940 with his first ceramics fired in Umbrian kilns. He soon began to take part in the Roman art scene where he became friends with Ettore Colla, Renato Guttuso, Toti Scialoja and Giulio Turcato. In 1946 he was among those who signed the “Nuova Secessione Artistica Italiana” manifesto and later took part in the first show of the “Fronte nuovo delle arti” movement which, immediately after the war, was internationally considered to be the real representative Italian avant-garde. In 1954 he is at the Venice Biennale, where he returned to exhibit in 1948, 1950, 1952, 1960 and 1968; he was asked to exhibit in a single room together with Lucio Fontana and here he revealed his close relationship to the abstract art Fontana was developing during that period.

In 1956 he began a severe revision of his work in the direction of a progressive abandonment of references to post-Cubism. The results of this phase were gathered together in 1957 in the artist’s solo show at Plinio De Martiis’s Galleria La Tartaruga, the meeting point in Rome of such international artists as Marcel Duchamp and Alexander Calder. In the meantime, the relationship established since 1957 with Bruno Sargentini and the Galleria L'Attico was consolidated. The one-man show inaugurated on October 25, 1958 in Via del Paradiso in Rome offered an overview of the most significant results of the previous months. Then he was developing expressive ways increasingly far from figuration. His sculptures were characterized ceramics in primary colors (black, white, burnt/red sienna), often shot across by deep furrows. His works alluded to a nature populated by gashed forms as well as by martyred, crucified, and mutilated human bodies.

In 1962 for the open-air exhibition Sculture nella città, part of the “V Festival dei Due Mondi” in Spoleto, Leoncillo created the installation Le affinità patetiche, which is still to be seen in the Galleria d'Arte Moderna in Spoleto, together with a wide-ranging collection of works covering his whole career (drawings, sculptures, majolica ceramics). At the Faenza Ceramics Competition in 1964 he won the prize Faenza ex-aequo with Rogier Vandeveghe, the year in which he exhibited at the Carnegie Institute in Pittsburgh. In 1965 he held a one-man show at the Odyssia Gallery in Rome, then moved to New York, as well as the invitation to participate in the International Sculpture Symposium scheduled at Long Beach State College in California, in which he would not finally took part due to health problems. In 1967 he made a giant terracotta sculpture for the Italian Pavilion at Expo '67 in Montreal. His last public appearance was with the solo section at the XXXIV Venice Biennale in 1968. Leoncillo died prematurely at only 53, struck down by a heart attack. A year after his death Spoleto devoted a large-scale anthological exhibition to his work.
. 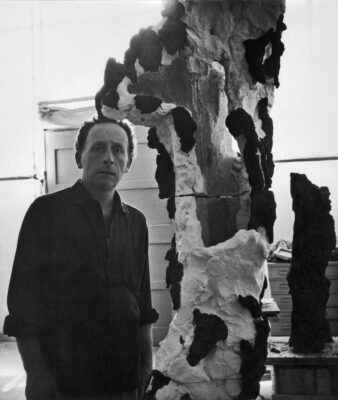 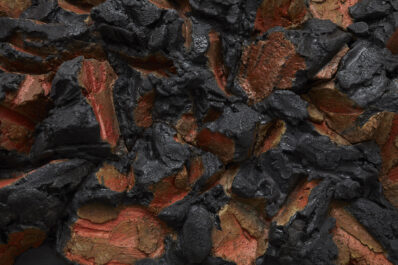 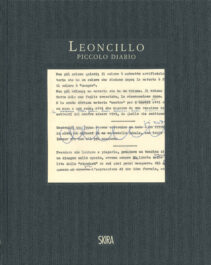