Giorgio Morandi, born in 1890 into a middle class family in Bologna, in 1907 enrolled at the academy of fine art of this town, from which he graduated in 1913. After the death of his father, which took place in 1909, his family moved permanently to via Fondazza no. 36 and Morandi became the head of the family, assuming all the responsibilities. His friends during these years were his fellow students Mario Tozzi, Osvaldo Licini, Giacomo Vespignani, and Mario Bacchelli (whose brother Riccardo wrote the first critical essay about the artist in 1918, in which he hailed the Morandi “revelation”).

Morandi's academic career and studies were excellent, but the last two years were characterized by contrasts with the teachers of the time: having already completed a personal and modern path of knowledge, he often came out of the classical canons, fact that met the hostility of teachers. Morandi, although living almost always in Bologna, had since been informed about the works by Cézanne, Derain and Picasso. But it is not only in the present that Morandi looks at; in fact, after a trip to the city of Florence, he reconsidered the great artists of the past, such as Giotto, Masaccio, Piero della Francesca and Paolo Uccello, who would have been part of the artistic development of the Bolognese painter.

At first he exhibited with the Futurists, becoming between 1918 and 1919, one of the leading interpreters of the metaphysical school with Carrà and de Chirico. In 1920 he joined the “Valori plastici” group, recovering the physicality of things in his painting. Later he embarked on a very personal path, but always immersed in the reality of the world and of things. His first personal exhibition took place in 1914; in it we can find the strong influence of Cézanne, a painter fundamental for his artistic training.

In 1930, due to his fame and without having to take a competitive exam, he was elected professor of etching techniques at the Bologna academy of fine art. In the same year he was seen at the Venice Biennale with various etchings. He was to return to Venice, where he had first been seen in 1928, in 1932 with a Ritratto and two Nature morte, as well as various etchings. In 1929 and 1930 he also sent his works to editions of the Carnegie Prize in Pittsburgh. Thus began that consecration that in the following years would have been confirmed by critical acknowledgement that would have helped to consolidate Morandi's notoriety, for decades never disputed. Around 1937 his paintings increasingly become "precious art gems, fewer and fewer pieces of nature".

In the post-war period and the 1950s Morandi increasingly concentrated on the highest form of lyricism and an absolute formal measure. He also distanced himself from debates about trends, helped in this by a whole series of Italian critics – Raimondi, Longhi, Brandi, Gnudi, Ragghianti, Vitali, and Arcangeli – who saw in him the symbol of an autonomous artistic fact that went well beyond the conditioning of the times and of languages. For this reason at the 1948 Venice Biennale, despite heated controversy, he was awarded the first prize for painting.

In the 1960s his painting became more and more rarefied and transparent. In 1963-64 he exhibited at the Peintures italiennes d'aujourd'hui exhibition, organized in the Middle East and North Africa. In his home in Bologna, after a year of illness, Morandi died on June 18, 1964.

During the 1970s and 1980s there was a great increase in Italy and abroad of monographic shows of Morandi’s work, by now considered as one of the greatest artists of the XX century. To a large extent this was contributed to by the activities of the Archivio e Centro Studi Giorgio Morandi of the Bologna city council and which was to organise the establishment in 1993 of the Morandi Museum in Palazzo d’Accursio. 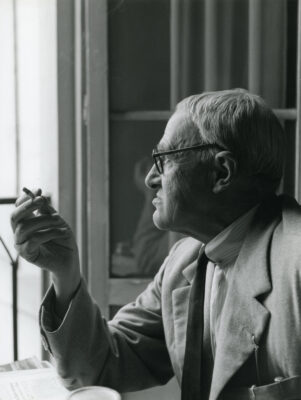 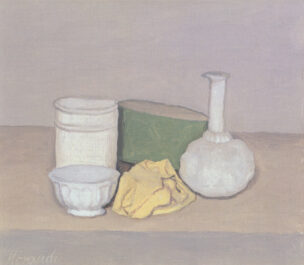 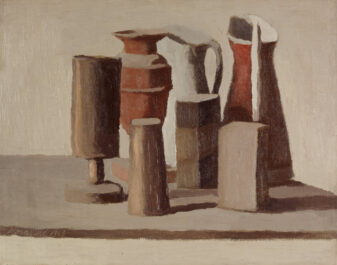 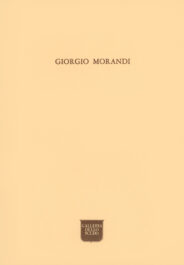