Gastone Novelli was born in Vienna in 1925. In 1943, at the age of just 18, he joined the resistance; he was imprisoned, and finally freed when the allied forces entered Rome in in 1944. After graduating in Social and Political Science, in 1948 he went to Brazil where he began to paint and where he was to live until 1954.

In 1950 he made a brief return to Rome for his first solo show in which he presented some Expressionist-inspired paintings. In 1953, in Brazil, he met Max Bill and came to know the work of Paul Klee, Alexander Calder, and Le Corbusier. His painting then became influenced by Concrete Abstraction. In 1955 he returned to Italy. The contacts he established with the Roman art scene, thanks to his friendship in Brazil with Emilio Villa, led him to use such diverse techniques as dripping, photography, collage, and sand on canvas.

1957 was a crucial year for his career: he was in Paris where he met some of the protagonists of Dadaism and Surrealism (Tristan Tzara, Man Ray, André Mason, and Hans Arp) and he began gradually to shift his interests from marks freely applied on the canvas to writing/marks. In 1958 he exhibited in various group shows in Milan (Palazzo della Permanente), Mexico City, London, Charleroi, and Tokyo; he also had solo shows in the Galleria La Salita and La Tartaruga, Rome, and in the Galleria dell’Ariete, Milan. In 1961 in Paris he met Claude Simon, Georges Bataille, and Pierre Klossowski; he began to collaborate with René de Solier and to work to a project, never finalised, for publishing the Samuel Beckett’s Comment c’est with some of his illustrations.

During the 1960s he held various solo shows outside Italy: in the Allan Gallery, New York, 1962; the Tokyo Gallery, Tokyo, 1963; the Freiburg Kunstverein, 1964; and the Galerie Thomas, Munich, 1965. In 1964 he participated for the first time in the Venice Biennale, where he was awarded the Gollin Prize. In the same period he took part in various international group shows held in public spaces, among which the Stedelijk Museum, Amsterdam (1963); the Lenbachhaus, Munich (1964); the Graz Museum (1967); the La Chaux- de-Fonds Museum (1968); and the Jewish Museum, New York (1968). In 1968 Novelli was invited to the 34thVenice Biennale and was given an entire room. However, as a protest against the police presence inside the Giardini, he refused to display his works, showing them turned to the wall. In October of the same year he began teaching at the Brera Accademia di Belle Arti, Milan. He died on December 22, as a result of a post-operative collapse. 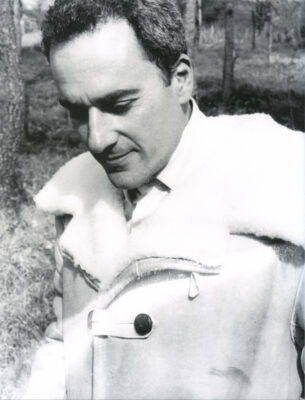