Luigi Filippo Tibertelli, known as Filippo de Pisis, was born in Ferrara in 1896. In 1914 he enrolled at the faculty of literature at Bologna University. He frequented cultural and artistic meeting points; he studied the ancient history of Ferrara, writing essays on the minor artists of the past, but he was also interested in such avant-garde magazines as “La Voce” and “Lacerba”. His literary debut was with I Canti della Croara, and a collection of poems titled La lampada.

In Ferrara in September 1916 he came to know the de Chirico brothers and, a few months later, he met Carlo Carrà. He approached the Metaphysical period as a theoretician and supporter of its new pictorial language, just as he was to do with Futurism which attracted him, above all, for its theatrical aspect. In the meanwhile, he exchanged letters with Jacob, Apollinaire, and Tristan Tzara, and sent to the Dada events in Zurich collages and texts that were never published. In 1919 he met Filippo Tommaso Marinetti in Milan, Morandi and Cardarelli in Bologna, and Giovanni Comisso in Rome; the latter was to be his friend and collaborator for a long time.

After graduating in 1920 he moved to Rome where he visited museums (with a preference for seventeenth century art), lectured, and frequented such of the city’s cultural meeting places as the Caffè Greco and Caffè Aragno. Here he would meet up with the poets of the Ronda group and with the painter Armando Spadini, with whom he often went to paint en plein air. In March 1920 at the Galleria d’Arte Bragaglia he exhibited for the first time, but without any great success. In March 1925 he went to Paris where he was to remain until 1939, though he frequently returned to Italy and made some brief trips to other places in Europe. In Paris he assiduously went to the Louvre, attracted by the works of Poussin, Delacroix, and Manet, but later on it was to be contemporary French painting that particularly attracted him. In fact in 1927 he frequented the studios of Soutine and Braque, at the same time creating relationships with artists from various nations.

In this period de Pisis brightened his palette to create his typical light, speedy, and shorthand style that, with great freshness, transcribed fugitive visual impressions. In the Parisian milieu he found many old friends of his: de Chirico, Savinio, and Palazzeschi, and came to know Moreau, Denoyer, and Segonzac. In this period de Pisis took part in various important exhibitions; in 1926 he exhibited at the I Mostra del Novecento Italiano (where he was to show again in 1929), and at the XV Venice Biennale (he was to exhibit there regularly from 1928 to 1936, 1942, and 1956). Again in 1926 a show of his work was held at the Galerie au Sacre du Printemps, Paris, with a catalogue presentation by Giorgio de Chirico. Later on, together with other Italian painters living in Paris, he took part in the very many shows of Italian art in various European cities.

He exhibited at all the Rome Quadrennial shows from 1931 to 1943 (in 1935 he had his own room) and at group and solo shows throughout the whole of Europe. In this period he also intensified his activity as an illustrator and critic; in fact he collaborated with numerous magazines, including “Fronte”, “Arte”, “Il Selvaggio”, “L’Italia letteraria”, “Emporium”, “Frontespizio”, and “L’Ambrosiano”. In 1939 he left Paris definitively and returned to Italy (he was in Milan from 1940 to 1943, and in Venice from 1943 to 1947), where he devoted himself wholeheartedly to painting, producing views of the city, portraits, large bouquets of flowers, and very many still-lifes. In this period he also practiced graphics and he continued to exhibit widely in Italy and abroad (in 1947 he also held a show in New York).

In 1947 he went once again to Paris but, for reasons of extreme ill health, he was obliged to return to Italy where he spent the last years of his life. Here, obliged to pass long spells in hospital, he continued to paint and to draw, until the worsening of his health forced him to abandon painting and take up ink drawing. In fact, his final works were speedy ink drawings made in the first months of 1953. Some months after his death in Milan in April 1956, the XXVIII Venice Biennale organised an important retrospective show of his works with sixty-five works, presented in the catalogue by Francesco Arcangeli. 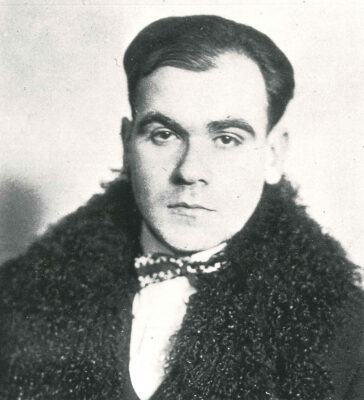 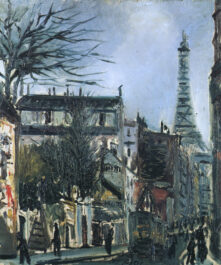 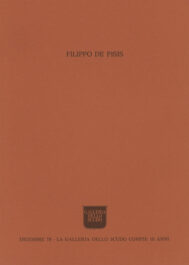 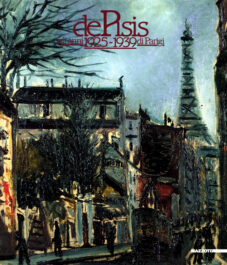