Emilio Vedova was born in Venice in 1919. After sharing with artists such as Birolli and Guttuso the common anti-fascist commitment, in 1946 he signed the manifesto Oltre Guernica, and was one of the founders of the "Nuova Secessione Italiana", then called "Fronte Nuovo delle Arti".

From 1948 onwards he was one of the most frequent exhibitors at the Venice Biennale: in 1952 he had a room to himself, in 1960 he was awarded the first prize for Italian painting and, in 1997, the Leone d'Oro prize for his career. In 1951 he held his first solo show in New York, at the Catherine Viviano Gallery, which is due to an exhibition program organized in collaboration with the American Federation of Arts, in order to promote Italian art in American museums.

The Scontro di situazioni, Ciclo della protesta, and Ciclo della natura series are among his best-known works from the 1950s and were exhibited in part at the São Paulo biennales in Brazil where Vedova was awarded a prize in the second edition (1953-1954). In 1956 he received the Guggenheim Award; in the same time his works were already included in the collections of the Museum of Modern Art and the Solomon R. Guggenheim Museum, in this case thanks to the purchases made by Peggy Guggenheim. Present in numerous Italian art exhibitions in Europe and the United States, in 1958 he held a vast anthology in the museums of Warsaw and Poznan.

An uproar was caused in 1961 by the scenes he designed for Intolleranza '60 by Luigi Nono which had been staged at the Teatro La Fenice in Venice. He also began to conceive a new idea of relationship of the work with space, which he developed between 1963 and 1964 in the Plurimi series. In 1964 he was in Berlin as an artist in residence as part of a project funded by the Ford Foundation. Here he created the cycle of Absurdes Berliner Tagebuch, presented to the public at Documenta, Kassel. In Kassel Vedova had already exhibited in the past (1955, 1959) and would again appear in 1982. In 1965 he made his first stay in the United States for a series of lectures at the universities and to set up his solo exhibition at the Institute of Contemporary Arts in Washington. The teaching activity would continue at the Sommerakademie, Salzburg, between 1965 and 1969, and then from 1981 at the Venice academy. A fundamental stage in his exhibition itinerary was the Spazio/plurimo/luce installation realized for Expo ’67, Montreal, in 1967.

Vedova returned to the United States in 1973 for a further series of lectures at the American universities. In 1974 it is due to his intervention that the Magazzini del Sale were saved from the destruction. In the 1970s, after years of intense commitment to graphics, Vedova returned to painting with the series of canvases De America (1976-1977), then followed by other cycles, such as Lacerazione. Plurimi/Binari 1977/78, …Cosiddetti Carnevali, and, in the 1980s, large-format canvases. The artist died in Venice on October 25, 2006. Since then, two years after its foundation, the Fondazione Emilio e Annabianca Vedova began its activities for the study and safeguarding of the artist's work. 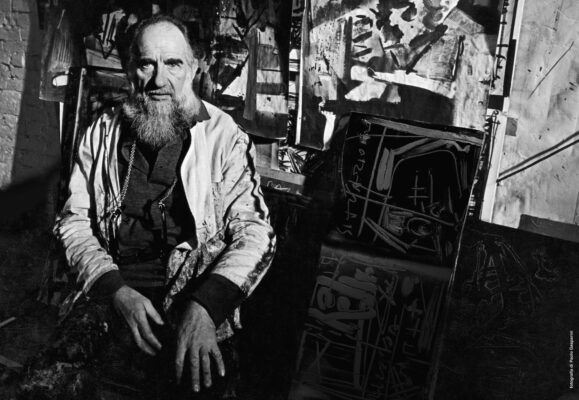 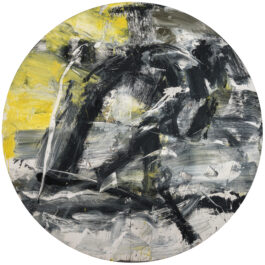 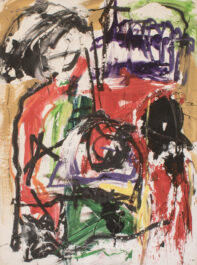 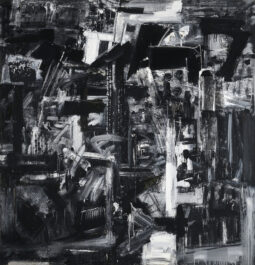 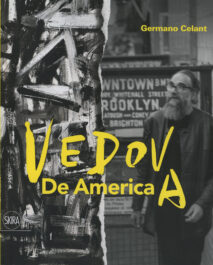