Carla Accardi was born in Trapani in 1924. After her studies at the fine arts academies in Palermo and Florence, in 1946 she moved to Rome where she came into contact with exponents of Italian abstraction. In 1947, together with Attardi, Consagra, Turcato, and Sanfilippo (whom she was to marry in 1949), she founded the Forma Uno group, which was also to include Dorazio, Guerrini, and Perilli.

After a period of crisis, in 1954 she began to work again, but with a colour range drasticall reduced to black and white. In 1955 she was invited by the critic Michel Tapié to participate in the international exhibition Individualità d’oggi in the Galleria Spazio in Rome, together with Burri, Capogrossi, Fontana, and Klein; this was followed by Intidividualité d'aujourd’hui in the Galerie Rive Droite in Paris, together with Sam Francis, Jean Paul Riopelle, Georges Mathieu, and Serge Poliakoff. She participated in various group shows, including the Pittsburgh International Exhibition, the Osaka International Festival in 1958, and Italian Painting Today in Tokyo, 1959. Her shows were presented by important critics: Tapié introduced three of her solo-exibitions from 1957 to 1958, and Pierre Restany a further two in 1960: in the Galleria Notizie, Turin, and the Galleria La Salita in Rome.

In 1961 she exhibited in the Palma Gallery, New York, and the New Vision Center, London, where she was presented by Lionello Venturi. In the 1960s she progressively widened her colour range with optical effects alluding to metropolitan visions, and with a singular interweaving of marks. Her art is characterised by a continuous experimentation which she radicalised even further with her use of transparent plastic supports, thus highlighting the work’s nature as a luminous diaphragm. In 1968 she held a solo show in the Galleria Marlborough in Rome, where she exhibited paintings and monochrome rolls of transparent acetate (sycofoil); she then participated in Recent Italian Painting & Sculpture at the Jewish Museum, New York. In 1964 she made her debut at the Venice Biennale, where she returned to exhibit in 1976, 1978 and 1988.

In the 1980s she went back to painting on canvas, while her art language further changed with her use of large compositions with strong colour contrasts. Her work was seen in the main historical exhibitions of XXth century Italian art, including The Italian Metamorphosis 1943-1968 at the Solomon R. Guggenheim Museum, New York, in 1994. Nominated a member of the Brera Academy in 1996, the following year she also became an adviser for the committee of the Venice Biennale. Her work is to be found in such important public collections as the Galleria Nazionale d’Arte Moderna e Contemporanea, Rome; the Museo d’Arte Contemporanea, Castello di Rivoli (Turin; the city galleries of Modena and Bologna; Palazzo Reale, Milan; and the Galleria d’Arte Moderna, Turin. She died in Rome in 2014. 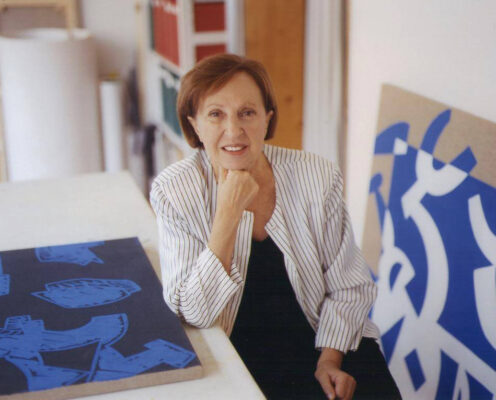 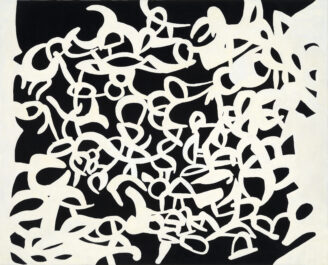