Alberto Burri was born in Città di Castello, near Perugia, in 1915. He graduated in Medicine in 1940 and, enlisted as a medical officer, participated in war operations in North Africa. Taken prisoner in 1943 in Tunisia by the British, he was later sent to the American concentration camp in Hereford, Texas, where he began painting. Returning to Italy, in 1946 he settled in Rome to devote himself to painting. In 1947 it was the first solo exhibition at the Gallery La Margherita di Gaspero del Corso and Irene Brin, with works still of a figurative nature. In his second solo exhibition: Bianchi e Catrami, also at the Galleria La Margherita, in May 1948, proposes abstract works for the first time. He then begins to process the first Catrami. In 1949 he made SZ1, the first printed Sacco.

In January 1951 he participated in the foundation of the Gruppo Origine, together with Mario Ballocco, Giuseppe Capogrossi and Ettore Colla and participated in the group's inaugural exhibition, which disbanded the following year. 1952 opens with the solo exhibition Neri e Muffe, at the Galleria dell'Obelisco in Rome. During the year he moved to Via Margutta: Robert Rauschenberg, present in Rome for almost a year, visited Alberto Burri's studio, thus being able to see the Sacchi.

With the Chicago and New York exhibitions of 1953, international success began. Alberto Burri: paintings and collages is the title of the first American solo exhibition, staged at the Allan Frumkin Gallery in Chicago between January and February 1953, then transferred at the end of the year to Eleanor Ward's Stable Gallery in New York. Meanwhile, Burri met critic James Johnson Sweeney, then director of the Solomon R. Guggenheim Museum in New York, who invited him to the Younger European Painters exhibition at the Guggenheim Museum in New York. In 1955, he attended The New Decade: 22 European Painters and Sculptors at the Museum of Modern Art in New York, in an international exhibition at the Carnegie Institute in Pittsburgh, and in the São Paulo Biennale in Brazil. The staff at the Fine Art Center in Colorado Springs confirms Burri's growing fortune in America, supported by Sweeney who signed the artist's first monograph the same year. On May 15, 1955, he married, in Westport, California, the Ukrainian-born American dancer Minsa Craig, who was known in Rome the previous year.

Burri, meanwhile, continues to make numerous Combustioni (with wood, canvas and plastic) and experiments with the characteristics of wood. 1956 and 1957 were marked by numerous solo exhibitions in Europe and the United States. Towards the end of 1957 he realized the first Ferri, in which he exploited the possibilities offered by welding technique within a two-dimensional pictorial discourse. The exhibition activity is quite intense in 1959 and early 1960. In June Burri obtained a room at the Venice Biennale, where he received the award of the International Association of Art Critics. In the same year Giovanni Carandente made the first documentary of his work.

A long journey between Mexico and the United States and the after-effects of delicate surgery slow down his production, although he continues to exhibit in solo and group exhibitions. At the beginning of the 1960s, in close succession, in Paris, Rome, L'Aquila, Livorno, and then in Houston, Minneapolis, Buffalo, Pasadena, the first anthological exhibitions that, with the Plastiche, become real retrospectives in Darmstadt, Rotterdam, Turin and Paris (1967-1972). Between December 1962 and January 1963, the Marlborough Gallery in Rome hosts an exhibition dedicated to Plastiche which, after the Ferri, represent a new, and unexpected, turning point. In the late 1960s he bought a house in Los Angeles, California, where he spent the winter months until 1990.

The 1970s recorded a progressive scarcity of technical and formal means and a renewed commitment to monumental solutions. In 1973 the cycle of the Cretti began. In 1976 Alberto Burri made the Grande Cretto Nero on display in the Franklin D. Murphy Sculpture Garden at the University of Los Angeles (UCLA). Another similar work is on display in Naples, in the Museum of Capodimonte. The most spectacular evolution, however, was represented by that of Gibellina (Trapani), of almost 90,000 m² on the rubble of the old Gibellina. Work, which began in August 1985, was halted in December 1989 due to a lack of funds. In 1977 he had an important anthological exhibiton at the Solomon R. Guggenheim Museum in New York.

Among the cycles conceived of with a polyphonic structure are Il Viaggio (1979), presented in Città di Castello and then in Munich, Orti (1980), Florence; Sestante (1982 c.), Venice, Annottarsi (1984-86) in the Galleria Sprovieri, Rome; and Annottarsi 2 (1987) in the 1988 Venice Biennale. There are also the large-scale installations currently to be seen in the Ex Seccatoi del Tabacco, Città di Castello, where, on his suggestion, the Fondazione Palazzo Albizzini Collezione Burri was established, a foundation devoted to the study and preservation of his work. In the early 1990s, Burri and his wife left California and settled in Beaulieu-sur-Mer, in Côte d'Azur (France). Despite his advanced age, experimentation with new materials continued: his last work is Metamorfex, a cycle of nine works presented, by his friend Nemo Sarteanesi, in the Ex Seccatoi. Burri died in Nice on February 13, 1995, a month before his 80th birthday. 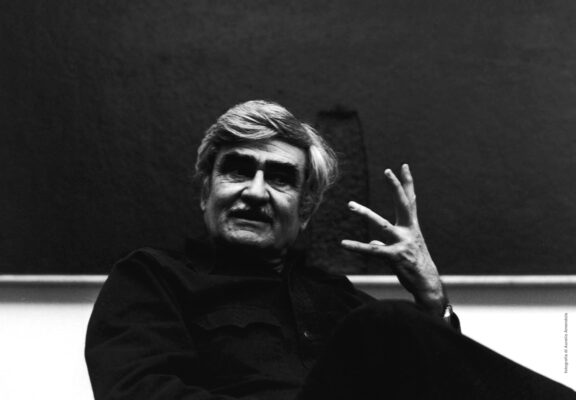 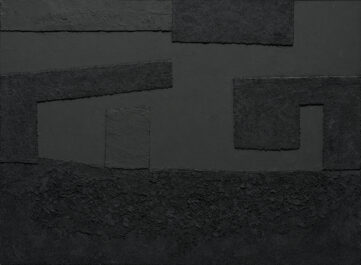 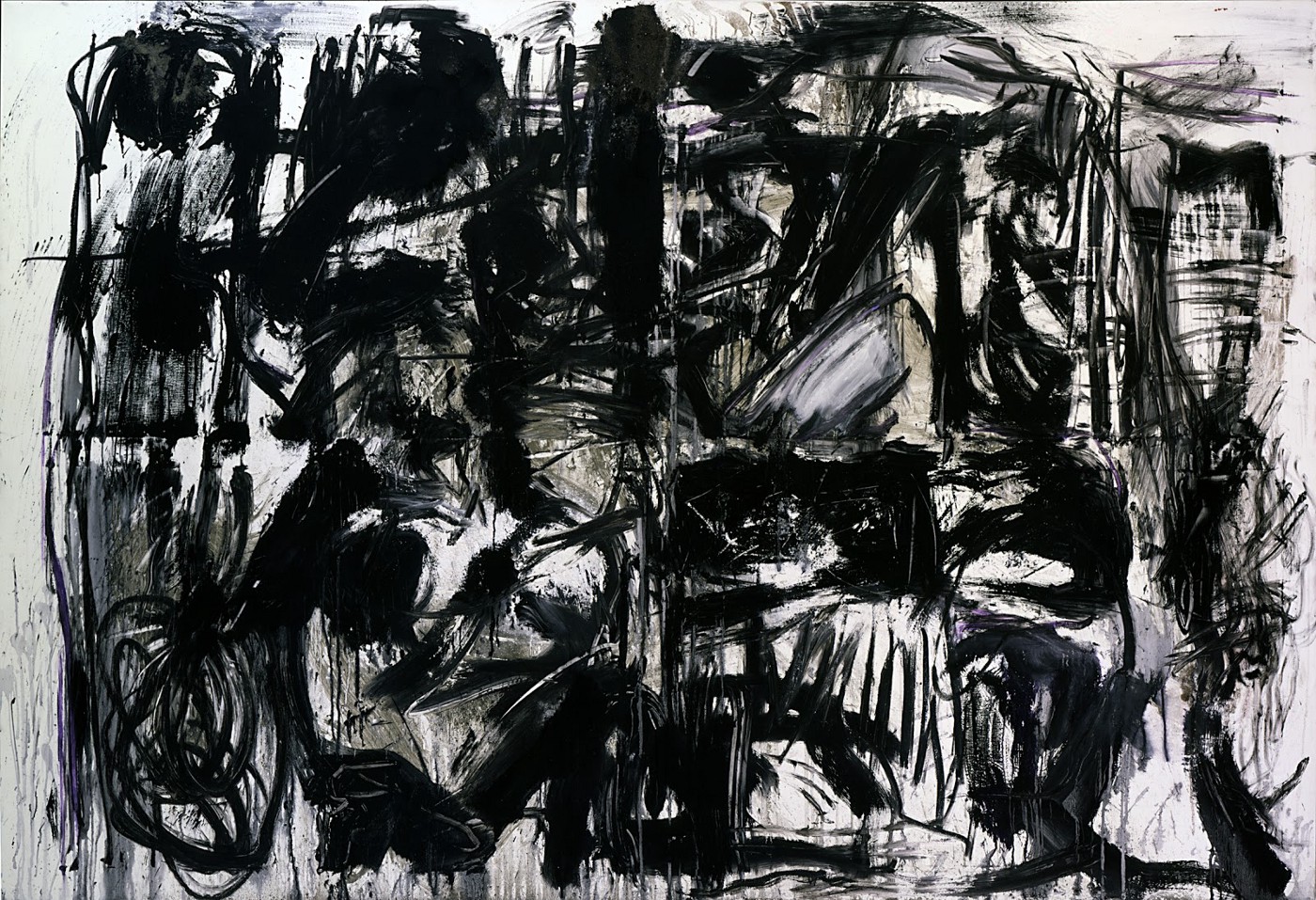